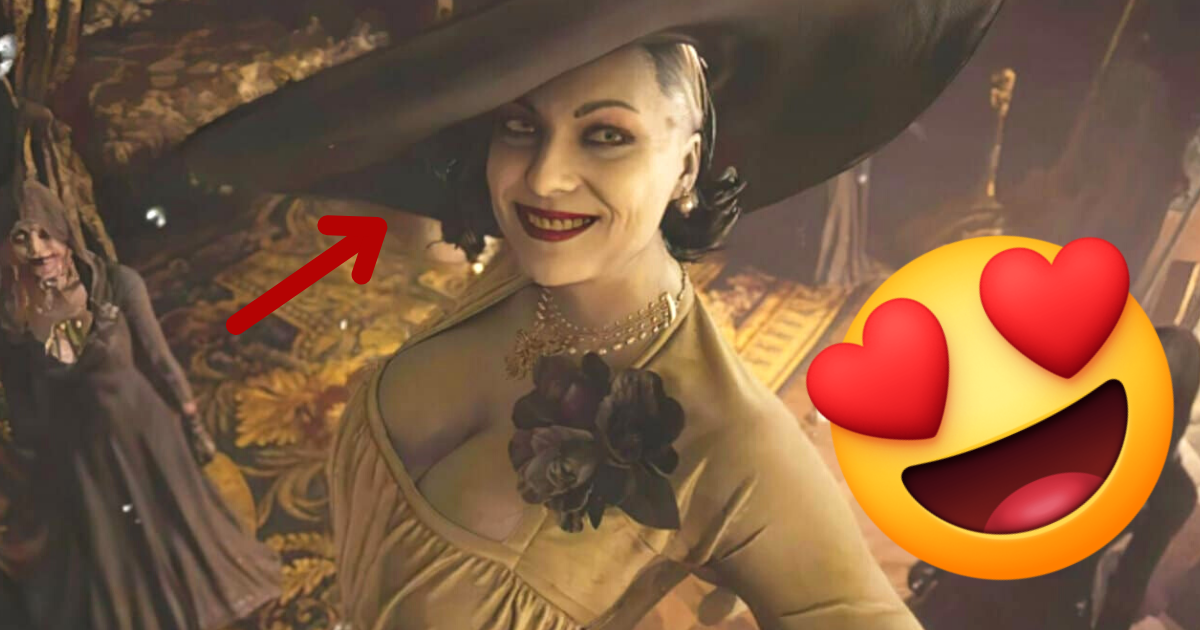 Resident Evil Village has been out for almost two weeks and is receiving a lot of attention for the quality of its storytelling and terrifying Gothic vibe. However, one of the reasons that has completely hypnotized the web is undoubtedly in the presence of Lady Dimitrescu. Straight from the trailer, the lady drove the fans crazy … and continues to do so.

A size that imposes

This can be explained not only by the fact that the vampire is cold in the back, but also by the fact that she has a really imposing charisma and appearance (and especially sexy, that has to be admitted).

At the same time, the craziest fans haven’t waited long to come up with absurd mods that can be freely integrated into the game. A way of laughing a little like any other, between two sequences of chases or fights that are a little too scary.

Recently we introduced you to a mod that will allow you to be the happy dad of baby Chris Redfield. Well, the escalation of extravaganza won’t stop as an extremely strange new mod has just seen the light of day. It is directly about Lady Dimitrescu … or rather what she is wearing.

In addition to her immense size, the other element that sets the Lady Vampire apart is undoubtedly her large hat, which resembles a capeline. But what if we brought these two aspects together to make him wear huge headgear?

This is the crazy idea that came to mind for content creator Kallialee. Every time the player takes a look at his pursuer, his hat grows a little bigger. And be careful: we are not talking about a small enlargement! The hat can become so wide that at some point its brim, in addition to its owner, wraps around the entire courtyard.

We let you discover the result in the following video:

You will understand, this mod is an excellent way to make hunting less scary. While the rendering isn’t very aesthetic, and even less logical, it has the merit of being fun.

However, as the mod’s creator humorously points out, her hat can give the monster a longer life expectancy as it protects her from the sun’s rays for a long time! A case of conscience is therefore essential if you want to incorporate this joke into your game mode.

Biontech vaccine easier to use in the future | Free press