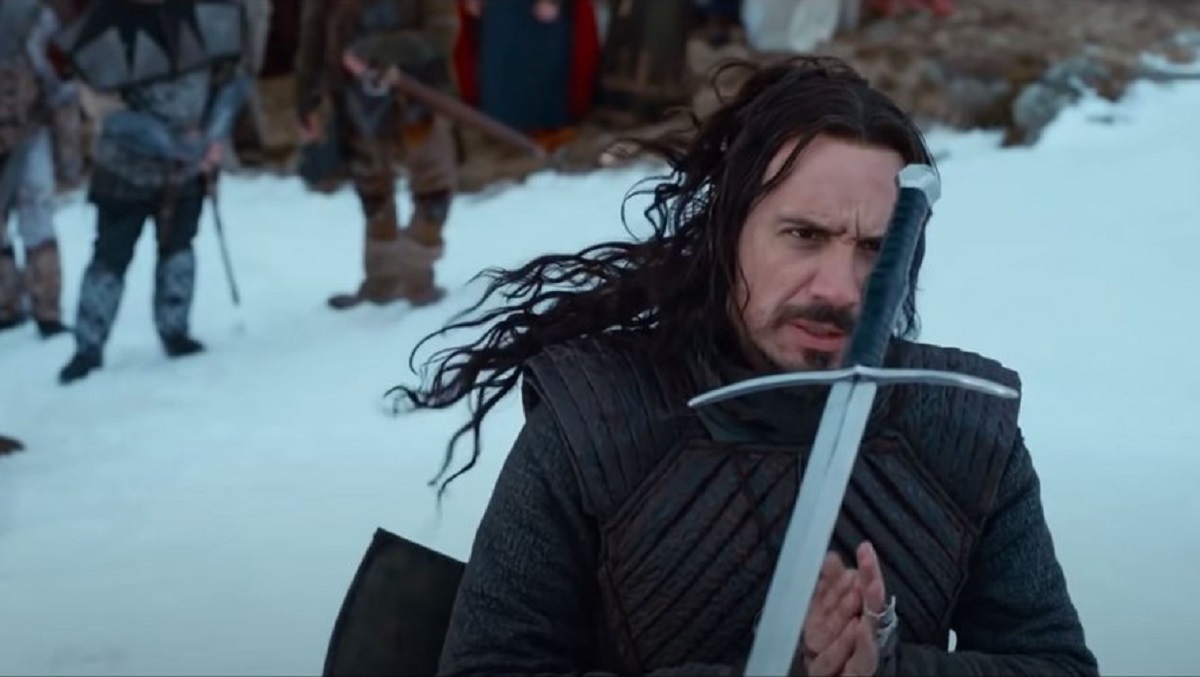 For many viewers, Kaamelott: Premier Volet is the most anticipated film of the year. Scheduled for this Wednesday July 21st, we’ve previewed it and give you our opinion without spoilers.

What were our expectations?

Before we give you our review of Kaamelott: Premier Volet, it’s important to let you know what our expectations were for the film. As you can see, we are great admirers of the work of Alexandre Astier and have waited for its release with the same fervor as other fans of the series after having bitten the brakes for twelve years.

Kaamelott: Premier Volet even exceeded our expectations as fans, fueled our expectations as moviegoers. If only because we are among those who believe that Astier has made the transition from the short format to the long format, which was chosen for books V and VI, perfectly. We had also recently written a dossier in which we come back to the reasons why we prefer them (to a certain extent) to the first four, which is terrific. Then, because in the course of the trailer and teaser, Alexandre Astier showed a real cinematographic ambition: Yes, Kaamelott: Premier Volet would not be a long episode of two hours, but a movie. What is it? Did the film convince Kaamelott fans and moviegoers that it is us?

You don’t have to wait any longer: yes, we are satisfied, with smiles on our faces and stars in our eyes. The twelve years that separate us from the end of the series have increased our joy tenfold in finding Arthur, Guinevere, Perceval, Karadoc, Léodagan, Merlin and the band of broken arms that the King of Logres has to contend with.

Alexandre Astier, however, does not fall for the easy and is not satisfied with the simple dimension of “family reunions”. Not only is the film a date for nostalgic fans, it actually drives the plot forward and begins a new chapter in the Kaamelott saga. Ten years have passed in the plot and the characters have all evolved. Like the kingdom of Logres, which sank into chaos under the tyranny of Lancelot, the characters seem to have lost some of their naivety, appearing more mature. Which of course doesn’t mean they are less idiots and more disciplined …

In addition to the many characters on the series (they appear almost all of them), Alexandre Astier created many others. Not to mention the Saxons, commanded by Horsa (played by a charismatic Sting), the screenwriter and director conjured up characters who for the most part are instantly cult. We are thinking in particular of Alzagar (brilliant Guillaume Gallienne), Quarto (Clovis Cornillac) or Lamorak. But if the appearance of these characters allows the Kaamelott universe to expand, some fans may regret that it does so at the expense of certain pre-existing characters who ultimately have few lines of dialogue: Merlin, Bohort or Venec. (This is not the case with us!)

When we talk about Kaamelott, we naturally think of humor and dialogue. If the first four books in the series were based (in part) on humor, the last two books were much darker. With Kaamelott: Premier Volet, Alexandre Astier offers a perfect synthesis between the humor of the first seasons and the more serious atmosphere of the last. The film is extremely funny (the audience laughed out loud several times), some of the dialogues are absolutely brilliant (we’re thinking of Alzagar’s in particular) and many scenes will quickly become cult. However, while very present, humor never spoils the more serious scenes.

Alexandre Astier had also confirmed his wish to surprise Kaamelott fans. And the least we can say is that he didn’t lie. The evolution of the relationship between certain characters will surprise (and delight) more than one, and the arrival of certain new ones will limit the way the characters interact.

With this new format, Alexandre Astier has new ambitions. Desiring to tell the ending of Kaamelott in three chapters (the cinematographic saga is considered a trilogy), Astier made the decision that his chapters would be self-contained. In other words, in just two hours, the creator has to tell the equivalent of what he told in one season. So there’s a lot going on in Kaamelott: Premier Volet, the pace is hectic and it never gets boring.

But as fast as the pace of the film is (especially the second half), Alexandre Astier doesn’t forget the essentials. The viewer will never have the impression that an important scene has been left out, the director weaves his story very fluently. As a good musician, Alexandre Astier has a remarkable sense of tempo, and we understand why he keeps the role of editor (in addition to the other roles he casts).

As he has often repeated, Alexandre Astier’s goal was to make this Kaamelott: Premier Volet a real object of cinema. And for once he wasn’t wrong. With a much larger budget than that of the series, the film offers a variety of locations between seas, deserts and snowy lands. Kaamelott: Premier Volet mostly shows off while the series relied heavily on its off-screen (the lack of budget meant we never saw the fight scenes, except for a little skirmish at the end of Book IV or even the catapults). everything, really everything.

These cinematic ambitions are also visible in the production. If the staging of Astier in the series was mainly based on field-to-field as well as on dissolving (we refer to the excellent video by videographer InThePanda on the staging of Astier), in Kaamelott: Part one, the filmmaker takes care of his recordings and varies its camera movements much more. His characters are no longer static (as in the series), Astier has to accompany them with his camera. We believe that the films Alexandre Astier has made since the end of Book VI (David and Madame Hansen, Asterix: Le Domaine des Dieux, Asterix and the Secret of the Magic Potion) served him as a laboratory, as an experiment. If some special effects could have been done better, others are pretty impressive for a French production (we’re thinking in particular of the destruction of Kaamelott, visible in the trailer).

One more word about music. Although it was unveiled a few months ago, Astier’s work has been particularly admirable and adventure film worthy since the soundtrack was released on CD and vinyl in November 2020. Certain musical themes are also well anchored in our brains at the time of this writing. Just like the production and variation of the sets, the soundtrack once again underlines the great cinematic ambitions of Alexandre Astier.

Does the film Kaamelott: Premier Volet have any flaws? Yes, of course. We have found that flashbacks to Arthur’s distant youth sometimes put an unnecessary strain on the narrative. If you are not bored, sometimes they step in spontaneously. While we’re naturally delighted to discover a new part of the character’s intimate story, their finality within the film ends up being pretty ridiculous (and sometimes seems to contradict the scenes they’re supposed to explain).

Kaamelott: Premier Volet is an immensely generous film. Very funny, full of cult scenes, Alexandre Astier’s film opens a new exciting chapter in the Kaamelott saga with new lovable characters that we hope to see in the sequel. Well built in its background, it also goes beyond the series in its form and shows real cinematographic ambitions. Our only real regret, which we end up forgiving quite easily, are the sometimes violent flashbacks that didn’t seem particularly relevant to us. That being said, it’s a more than successful bet for Alexandre Astier and we can’t wait to see him again!