The Courier
HomeEntertainmentWill there be Invincible Season 2? Find its release date, plot, and...
Entertainment Although the Invincible Season 2 renewal date is not announced yet, the show’s development has taken a big step in the last few years. Steven Yeun, who plays Mark Grayson in the Prime Video TV show, has started recording lines for the show’s next season.

Voice actors have already working on a show very early on but this doesn’t mean that Invincible season 2 is getting closer to an official release date. There is still a big change in the series’ second installment, and we’re excited to see it.

As we’ve said before, we’re happy to wait to see Mark, Omni-Man, and the rest of the Invincible gang again if it means that Invincible season 2 is as good (or better) than the first one. Fans and critics were very happy with the show’s first season, so it’ll come as no surprise that many people thought it was the best Prime Video show of 2021.

So while we wait for Invincible’s second season to come out, what do we know about it so far? It’s been a while since we learned that Yeun is back in the recording booth, but there hasn’t been much else to report.

When Will Invincible Season 2 Release?

As of April 2022, we don’t know when Invincible Season 2 will be aired on TV. We’re hoping to hear something soon, though. Because of The Walking Dead’s ending, Robert Kirkman has had a lot on his plate. The show will be over in March 2022.

For fans who want to know how the show was made, Kirkman live-tweeted the first episode in January. Then he talked about how the second season was going and where he was.

“Need to work on season 2 (and 3) again! I have to write a script soon. I hope you have good luck! “Then he wrote. “Thanks for reading! I love all of you!”

It won’t take as long to make this show because it’s animated, so it won’t have the same problems as most TV shows in 2020 and 2021. If you’re making an animation, these things take a long time. It’s not clear whether they’re making seasons two and three at the same time, or if they’ll be taking them back to back.

What about Invincible Season 2 Cast Members? 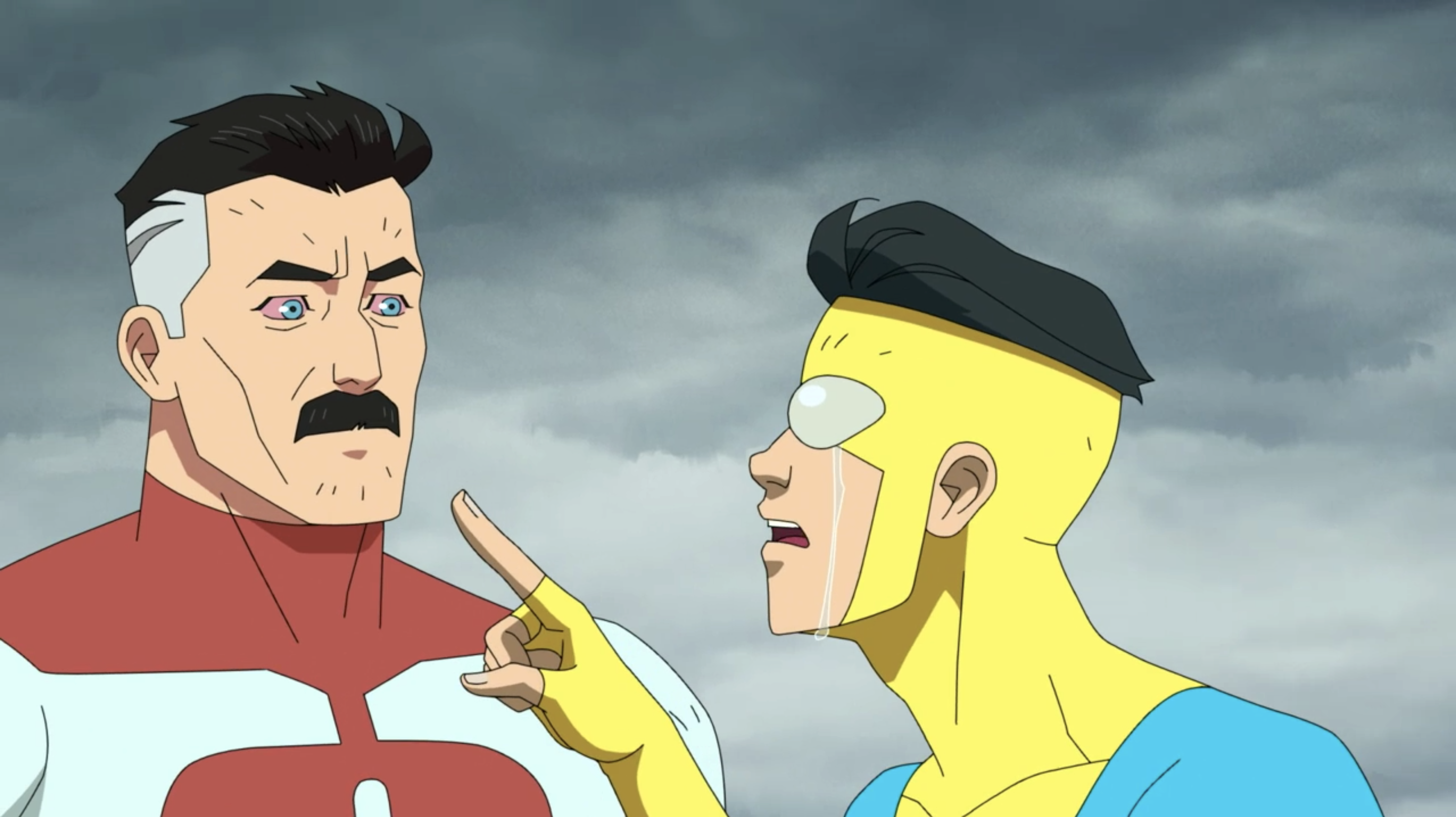 The current Guardians of the Globe team-up should still be around, even though they almost died in a fight with Machine Head and his gang. Jason Mantoukas as Rex Splode, Khary Payton as Black Samson, Malese Jow as Dupli-Kate, and Grey Griffin as Shrinking Rae and Amanda (Monster Girl’s human form), as well as Atom Eve, who left the Guardians to live in the woods and help make real change.

Cecil Stedman, the head of the Global Defense Agency, will definitely be back as he keeps looking for Nolan. Kevin Michael Richardson, who voices the Mauler Twins, should also be back for more genetic manipulation. Seth Rogen, who voiced fan-favorite alien Allen, is likely to make a cameo again.

What will happen in Invincible Season 2?

This is how Mark’s world has changed since that gruesome ending. His father, Omni-Man, has broken up their family (along with half of Chicago). And even though he’s gone, for now, Nolan will come back with the full force of the Viltrumite race, bent on making Earth part of their empire.

Cecil asks Mark to be Earth’s champion in the finale. At first, he doesn’t want to, but that will soon change. Then, he also wants to finish high school, but that might be hard because of all the threats that are coming his way soon.

There will also be a lot of Invincible’s other enemies back, too. When season one ends, we see that Titan makes new friends, pink aliens take over Mars, and that white tiger guy is still around, too. The mad scientist Cecil hired to make new cyborg henchmen is also playing with fire. Cecil wants to stop Nolan when he comes back.

Related: When will Selling Sunset Season 5 be coming out? Find its launch date and other details here!!

There is a good chance that Amber and Mark will stay together for a long time. In season one, things didn’t work out well for William and Rick. Keep an eye on the final montage of season one. This will give you more clues about the story.

This is what Kirkman said to AV Club: “I really wanted to show people how many threads we had and how important everything that happened in season one was.” Small things will have big consequences in the future, even if they don’t seem important now. I wanted to work in a lot more of those pops, but it was getting too much.

That’s all about Invincible Season 2. We hope you have enjoyed reading the post and found it worth your time. As of now, there’s no specific date been announced for the second season. We’ll keep you posted as soon as we’ll get the information about the same.