The Courier
HomeTechnologyWhich Titan would you have been in Attack on Titan?
Technology

Which Titan would you have been in Attack on Titan? 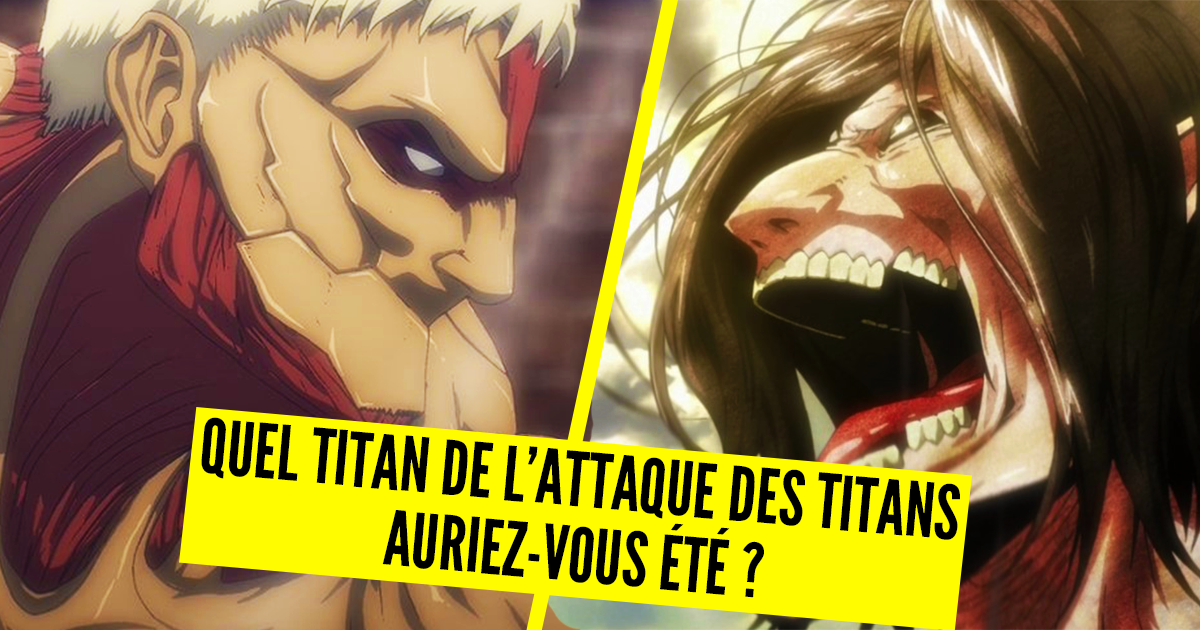 The second part of Attack on Titan season 4 continued at full speed, with a duel between Eren and Reiner at the helm. Today we wanted to offer you a new personality test that will allow you to delve a bit more into the universe of SNK and find out which titan you would have been in the cult anime.

WARNING: This personality test contains elements revealed in the first part of Attack on Titan Season 4. If you’re not up to date and don’t want to be spoiled, continue.

Titans who rule them all

In the SNK universe, there are the Primordial Titans, the Wall Titans, the so-called “Deviant” Titans, and the Titans with Classic Behavior. They all shaped us to a greater or lesser extent, and the phrase “I would have liked to have had the power of this titan!” (when it comes to a primordial) is often heard.

Today we invite you to find out for yourself what Titan you would have been in the SNK universe. A little homage to this very last season!

So, without further ado, here’s our new personality test that determines which Titan you would have been in Attack on Titan. Do you have a little idea before you start? Even if this is the case, we remind you of the rules: always answer honestly! And here is the test in question:

So what result did you get? Is it the expected? Don’t hesitate to share your findings with us in our comments section! And if you want to keep the momentum going, you can take our previous personality test, which will determine which Attack on Titan character would be your best buddy in real life.