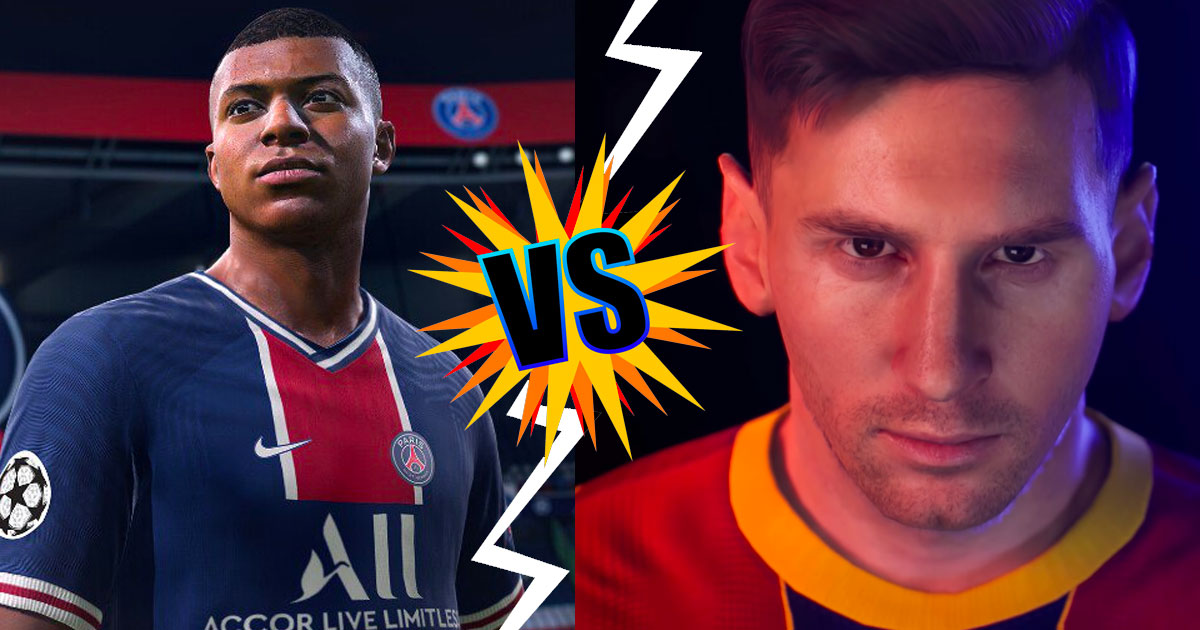 Like every year it is the game between EA Sports and Konami for their game FIFA and PES. Which game to choose for the 2020/2021 season? Today we offer you some answers.

When EA Sports released a new work of its famous football simulation this year, as it did every year, Konami made the decision to only update the game from last year. There’s no PES 2021 to focus on real novelties for next-gen consoles in 2022. So, apart from the roster update and the introduction of a UEFA EURO 2020 mode where you can simulate the competition that will take place next summer, there are no new features for PES.

In terms of graphics, FIFA 2021 and PES 2021 are equivalent. One uses the Frosbite 3 motor while the other uses the FOX motor. We’ll find that PES does a little better on players’ eyes and hair, but we’re not going to pay special attention to that while gaming. We let you watch the two videos to form your own opinion. It all depends on your sensitivity.

In terms of club licensing, FIFA is still way ahead of the PES with 700 licensed teams in 37 licensed leagues. For its part, PES is again relying on partnerships with major teams such as Juventus de Turin, FC Barcelona and Manchester United.

In terms of national selection, unlike PES 2021, FIFA 21 is limited, which allows us to play against teams from all over the world such as Morocco, Algeria, Ukraine, Jamaica, Costa Rica, New Zealand. Thailand or Qatar.

What game are you going to fall for? Take the survey and give your opinion in the comments.