Making the Cut Season 3 is all set to come out. The last episode of the second season aired on August 6, 2021, and fans have been waiting for any new information about the show’s possible revival.

The show has its own unique twists and turns in each episode, making it a show that viewers can’t get enough of. As for whether there will be another season, we have all the information you need right here.

After a lot of speculation, we can now say that the show has been officially renewed for another season. This means that the fans are finally getting what they have been asking for. The show just got a third season but we don’t know when the official release dates will be released.

However, we can tell you that Making the Cut Season 3 will be back this year, maybe in late summer in the next few months. As soon as the premiere dates are announced, fans should keep an eye out for any news from Amazon Studios about when the show is going to air.

As we said above, the news of the show’s renewal has just been made public, so we don’t know how many episodes or what the show’s title will be. So, we can’t figure out how many episodes Making the Cut Season 3 will have because we need to wait for official information to come out.

What can we expect from Making The Cut Season 3?

There are 10 entrepreneurs and designers from all over the world who want to make their businesses big. Making the Cut Season 3 shows them off! For its third season, Making the Cut will be back this summer, Heidi Klum told Fashion United. 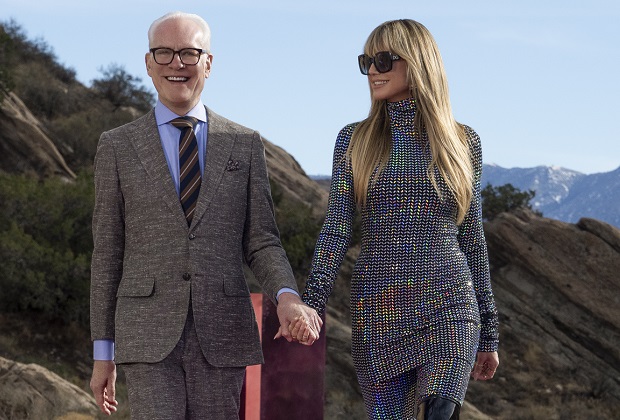 “It was great to be back with Tim, Nicole, and Jeremy as we looked for the next great global fashion brand from our most talented group of designers yet!” During this season, the fashion was even better than we thought it would be. I can’t wait to wear some of these looks myself.

People who win will get a $1 million investment in their business, business advice from Amazon Fashion, and the chance to work with Amazon Fashion and sell their own products in Amazon Fashion’s Making the Cut shop.

As a fan, I can’t wait to see what this season’s incredibly talented group of designers has in store, Tim Gunn said.

Where does Making The Cut Season 3 take place?

During the season, there are runways on Rodeo Drive in Beverly Hills, desert setting Vasquez Rocks, and a rooftop of one of the many skyscrapers in LA.

Richie was a judge on the first season of the show with Naomi Campbell, Chiara Ferragni, Carine Roitfeld, and Joseph Altuzarra as well as a few other people. While Scott was a judge on the second season with Winnie Harlow, he was also on the show.

People don’t say anything about their possible return because they want to keep it a secret so fans can be surprised when Making the Cut Season 3 comes out.

Nicole Richie and Jeremy Scott, the creative director of Moschino, will also be judges again this year. Also, Heidi Klum and Tim Gunn will be hosts and producers for the next season. It will be a few weeks before we learn more about the Making the Cut Season 3 panelists.

In the early stages of making a TV show, there isn’t enough time to show anyone a trailer. So, no trailer has been released, and there is no word on when the movie will be out.

Check out this interview with Andrea Pitter, the winner of the second season of Making the Cut, while you’re waiting for more trailers. Her story is about how she always knew that she wanted to be a fashion designer from a very young age. Her business options have changed after she won $1 million on Amazon Prime’s Making The Cut. She can start two businesses in downtown Los Angeles or both.

Andrea also talks about how many women of color aren’t represented in the bridal market. She explains the design she was most excited to show Heidi Klum on the show, and she talks about her plans for her new stores.

A lot of talented people have been able to start their own businesses and build big businesses thanks to this show. This interview will help you understand how this show works. 8 Best Teen Summer Movies to Add to Your Playlist!!