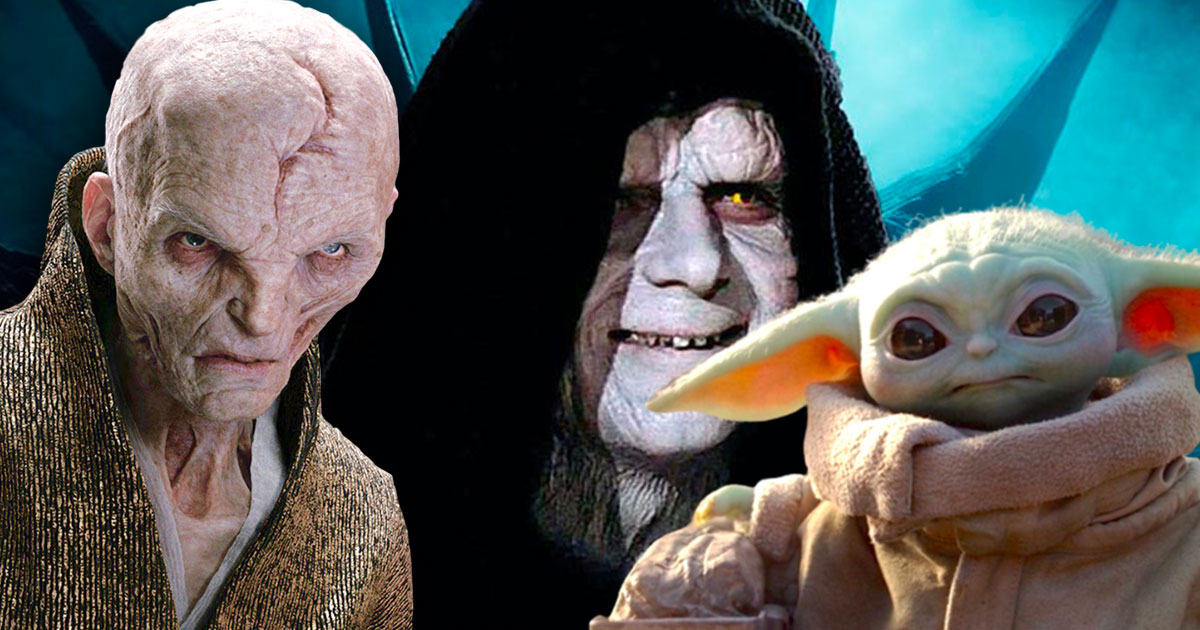 A few days before The Mandalorian’s season two is released, we wonder if the child, better known as Baby Yoda, could have been the origin of the making of Snoke. A bit of a crazy theory, but one that could be quite believable. We take stock.

Baby Yoda behind the creation of Snoke

Season 2 of The Mandalorian will land on Dinsey + on October 30th. This new season should tell us more about the secret of Baby Yoda. After discovering this creature of the same species as Yoda in Season 1, one still wonders what it’s called and where it’s from. What interests us today is a theory that links Palpatine, Snoke, and Baby Yoda. The child, as it is currently called by the various protagonists of the series, could be part of the creation of Snoke by Palpatine.

An empire’s interest in Baby Yoda

Let’s put all of this into context. The Mandalorian series takes place after the events of the Return of the Jedi. The empire has been destroyed, but stormtrooper factions still exist. Last year, in the first season, we discovered Baby Yoda, a 50-year-old, force-sensitive being, without knowing too much about his origins. We know the child was to be brought into the Empire on behalf of someone who pulls the strings. This person wants to get their hands on Baby Yoda for reasons that are still unclear, but his identity has not yet been revealed. On the other hand, we know that the Empire teams whose mission was to transfer Baby Yoda were accompanied by Doctor Pershing.

This scientist ran DNA tests on Baby Yoda, which is already fascinating. In addition, he wears a Kamino patch on his uniform, Kamino, the planet from which the clones in Attack of the Clones originate. If Doctor Pershing is related to Kamino, then the interest in Baby would have to do with cloning.

Palpatine in the shade

Until Star Wars: The Rise of Skywalker hit our theaters last year, it was believed that Emperor Palpatine had died after the Jedi returned, but we learned that he actually survived. . After his defeat to Luke and Darth Vader, the emperor retired to the planet Exegol to prepare for his revenge. As we saw last week, Palpatine had to stay in the shadows to better pull the strings after the fall of the Empire, which is why he created Snoke. The latter is just a creation by Palpatine through genetic manipulation to make him his puppet. Snoke knew how to control the Force, Palpatine certainly needed strong DNA to create it.

This is where baby Yoda enters the dance. Darth Sidious may be the mystery shopper who wants to get their hands on the kid. He needs the creature for his genetic engineering. Cloning his DNA could help create powerful beings in power like Snoke, but it could also help his own resurrection. This one is known to have not worked properly as he cannot leave Exegol, but protagonists like Moff Gideon could work well for him in the meantime. Director Jon Favreau himself announced that the origins of the First Order would be explored in The Mandalorian, so Baby Yoda could be the key to this new order. We can add to all that there is no mention of the child in the final trilogy, while a being as strong as it could have been of valuable help to the creature possibly losing its life. Season 2 of The Mandalorian should bring us the first answers.

It’s hard to believe that baby Yoda was introduced to the Star Wars universe to spend happy days on his planet surrounded by this family. For this reason we find this theory credible today. And you ? Do you think this theory continues and that Baby Yoda could be behind the creation of Snoke? Take the survey and give your opinion in the comments.