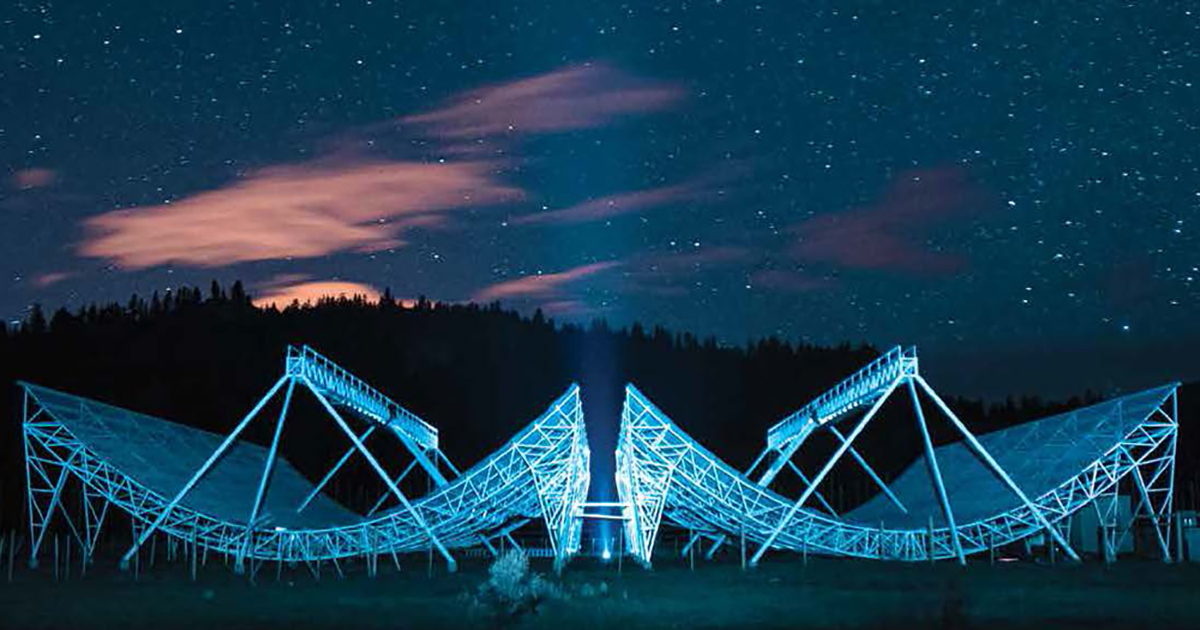 A recent discovery hit the headlines: A radio burst was recorded in our galaxy! What does this mean for scientific research, what is the cause and how does it lead us to conclusions about previously recorded radio waves? We’ll take stock immediately.

To understand what was recently discovered in our galaxy, we need to look back at the magnetars. Our knowledge of magnetars is not very old, as it dates back to 1992 when Robert Duncan and Christopher Thompson postulated their existence. During the following decade, the theory was accepted by all scientists as the existence of magnetars can explain certain phenomena in the universe, such as abnormal X-pulsars. But what exactly is a magnetar?

Recording of a fast radio signal

Several studies published on Wednesday November 4th inform us of a recent discovery relating to “fast radio burst” detection. The very first discovery of this cosmic phenomenon dates back to 2007 and scientific opinions have varied since then to provide an explanation for this type of event. Some brought up a phenomenon that resulted from the evaporation of a black hole, others, a little less down to earth, brought up the idea of ​​an alien signal, and finally others were already thinking of magnetars. This last category won!

It must be said that the research to be carried out before this month of April 2020 was not obvious, as we were previously convinced that such a signal could not have come from our galaxy. Also, the perceived signal is generally far too short (on the order of a thousandth of a second) to be examined correctly. What did we really discover in April 2020? One of the articles on the science research site Nature is very clear on this topic. Andersen, B., Bandura, K., Bhardwaj, the three editors of the mentioned article, state:

Here we report the detection of an extremely intense radio burst from the galactic magnetar SGR 1935 + 2154 using the FRB project of the Canadian Hydrogen Intensity Mapping Experiment.

What is meant by this statement? First, let’s go back in time, since the story we’re talking about began on April 28th. A Canadian experiment with a new type of telescope called CHIME, as well as the American STARE2 observatory and the Chinese FAST radio telescope, all three detect the radio burst mentioned above. Fast radio bursts (FRBs) are radio wave bursts lasting milliseconds, some of which are repeated. The two research teams quickly traced this signal back to the galactic magnetar SGR 1935 + 2154, which is located in our Milky Way: a first! According to Christopher Bochenek, astrophysicist at the American Caltech Institute, who is also responsible for the STARE2 observatory, this rapid burst of radio waves emitted as much radio wave energy as the sun in 30 seconds in one millisecond.

How is this discovery a scientific breakthrough?

Professor Bing of the University of Las Vegas said during the press conference about the discovery:

We used to have maybe 50 theoretical models and now we only have one that explains the FRB phenomenon.

The professor stated that this is a “cautious scenario” according to which all high-speed radio bursts in the universe would be emitted by magnetars, but does not fully rule this out at the moment, signals are being emitted from other sources. This discovery also allows us to understand the magnetars a little better, as what we suspected was that Prof. Bing’s team recorded bursts of gamma rays produced by this incredible celestial body.