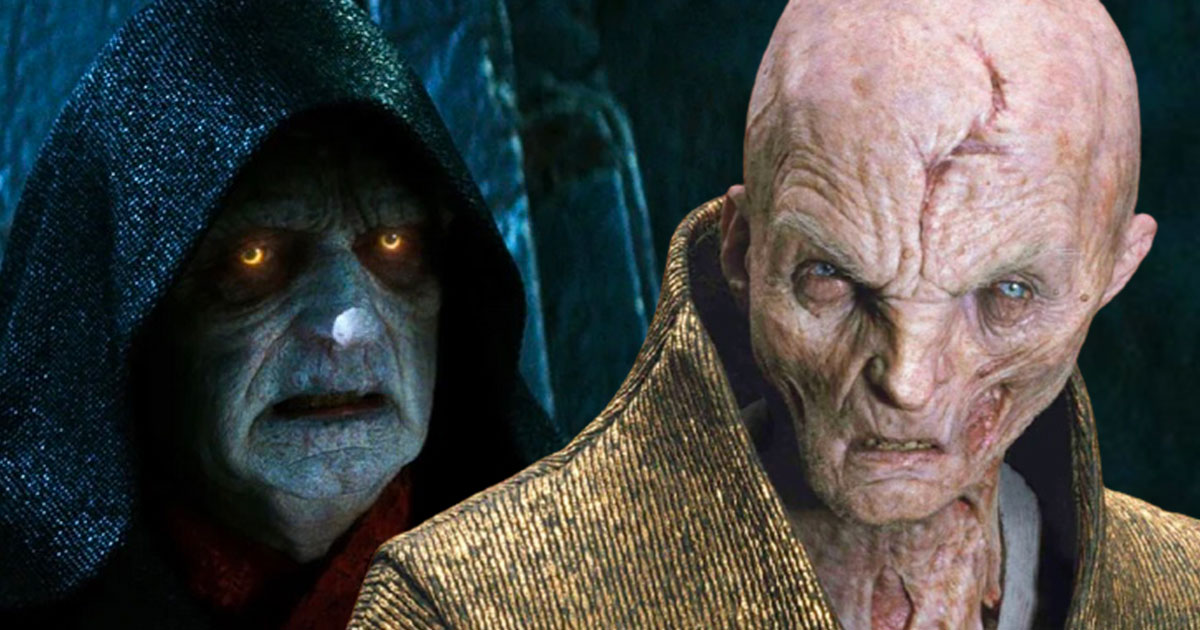 After the new Star Wars trilogy, Snoke’s origins are still unclear, but today’s Star Wars book allows us to explore a little more.

Palpatine’s puppet in spite of itself

It’s been almost a year since Star Wars: The Rise of Skywalker hit our theaters, and yet fans still have many questions. Some intrigues and puzzles have not and may never be solved. Fortunately or unfortunately, it’s up to you; additional books will enable you to learn more. Today we are interested in the Star Wars book. This book by Cole Horton, Pablo Hidalgo and Dan Zehr decodes the Star Wars universe and its characters. You can find holocron files there dedicated to the different characters and of course Supreme Leader Snoke has the right to his.

In The Rise of Skywalker, Palpatine kicks off Kylo Ren, who he created Snoke, and we can see vats of various clones of the Supreme Leader. We then understand that Snoke was just Palpatine’s puppet, but the idea wasn’t developed any further. The Star Wars book reveals that Snoke is actually the result of genetic manipulation on the part of Darth Sidious to make him his representative in power. The most interesting is the text that accompanies this technical sheet. We learn that Snoke was unaware of his own nature. He has his own will, but his actions and goals are orchestrated by Palpatine. The emperor also uses Snoke to continue the Sith tradition of the apprentice who kills the master to gain power.

This is the scene we witness when Kylo Ren kills Snoke in The Last Jedi, but Palpatine is not affected as it is not directly. Snoke allowed Palpatine to corrupt Kylo Ren and train him on the dark side of the Force without having to show up directly and continue playing dead while he raised his army on Exegol.

This information allows us to know more, but some puzzles remain. Were the other clones seen in Exegol’s tanks used? Was the Supreme Leader we know the first to control the First Order, or did Palpatine change puppets several times? We shouldn’t see Snoke in the films again, but it’s likely that the origins of the First Order will develop a little further in the Mandalorian series that takes place between Return of the Jedi and The Force Awakens.