We finally know why this character has been completely missed 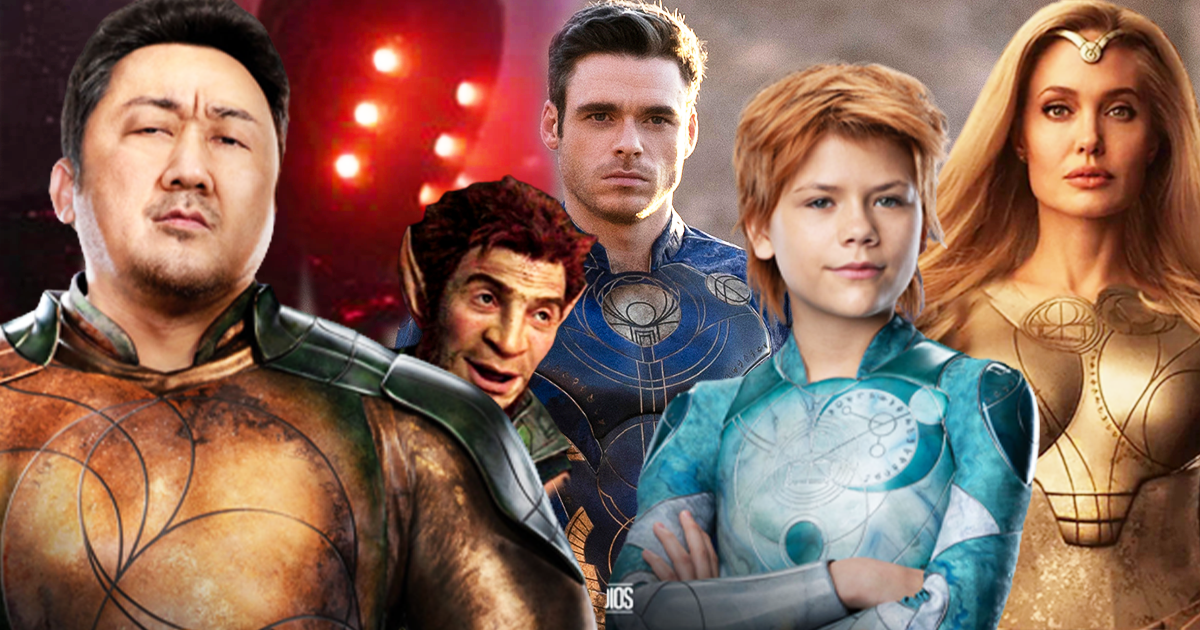 If you’ve seen the film The Eternals and the two post-credits scenes of the film, you might have thought that one of the characters introduced had a very awkward appearance. Know that you’re not the only person who’s thought of this, and we finally have an explanation for this odd artistic choice.

WARNING: This article contains spoilers for The Eternals. Don’t read any further if you don’t want to read it.

The post-credits scene of the film The Eternals

The film’s first post-credits scene introduces two Thanos-related characters to the MCU: Eros (who is played by Harry Styles, which came as a big surprise to MCU fans) and Pip the Troll. Pip appeared first and announced to some very surprised Eternals (Thena, Druig, and Makkaro) that Eros, aka Starfox, was coming to them.

Pip the Troll (real name “Pip Gofern”), like Eros, is known to be a major hedonist in the comics. Born a prince on the planet Laxidazia, the latter spent most of his time painting pictures before experiencing the sweetness of beer and drunkenness. After a night of festivities, the prince woke up like a troll to find that the beer he had drunk the previous day had mutagenic properties, causing him to change his appearance.

Stripped of his rank, Pip left his home planet and boarded a merchant ship to start a new life. Regarding his powers, Pip originally didn’t have any, but in the comics he eventually gains supernatural strength (and also has an inordinate appetite for food). But it’s not so much his character that fans have commented on as it is his looks that have surprised or even displeased many MCU fans.

But why did Pip the troll have that face?

The introduction of Pip the Troll didn’t excite Marvel fans as much as it originally should have. We now know more about why, thanks to a new interview answered by the VFX supervisors (we define VFX as the set of animation techniques used to create an illusion in a film product) of The Eternals film , which led to the design of this character.

Stéphane Ceretti and Matt Aitken, VFX Supervisor for the Marvel film, both gave a lengthy interview to our media colleagues The Wrap, and the two principals concerned were quite candid about the situation leading up to the creation of the Pip the Troll character. As the latter revealed, Pip was badly integrated into the film, well after the idea of ​​a post-credits scene with Harry Styles. Originally only the character of Eros was supposed to appear, but eventually director Chloé Zhao decided she needed a sidekick, so it was all over in a hurry:

Our initial idea was that there was only Harry Styles in the post-credits scene, but he was in the spaceship with all the other Eternals. It was a bit sadder and in some ways not that exciting, so it didn’t resonate. Chloe (the film’s director) came up with the idea of ​​bringing in Pip the troll as a sidekick at the end of the film. So we created it pretty quickly.

let’s be honest It was a bit difficult to make it in time but we did what we could.

And you, did the design of Pip the Troll in the movie The Eternals surprise you? We’ll let you answer this question via our poll and via our comments section! And if you want to know which character from the Eternals could appear in the next Moon Knight series, you can refer to our previous article on the subject.