We finally know who petrified humanity 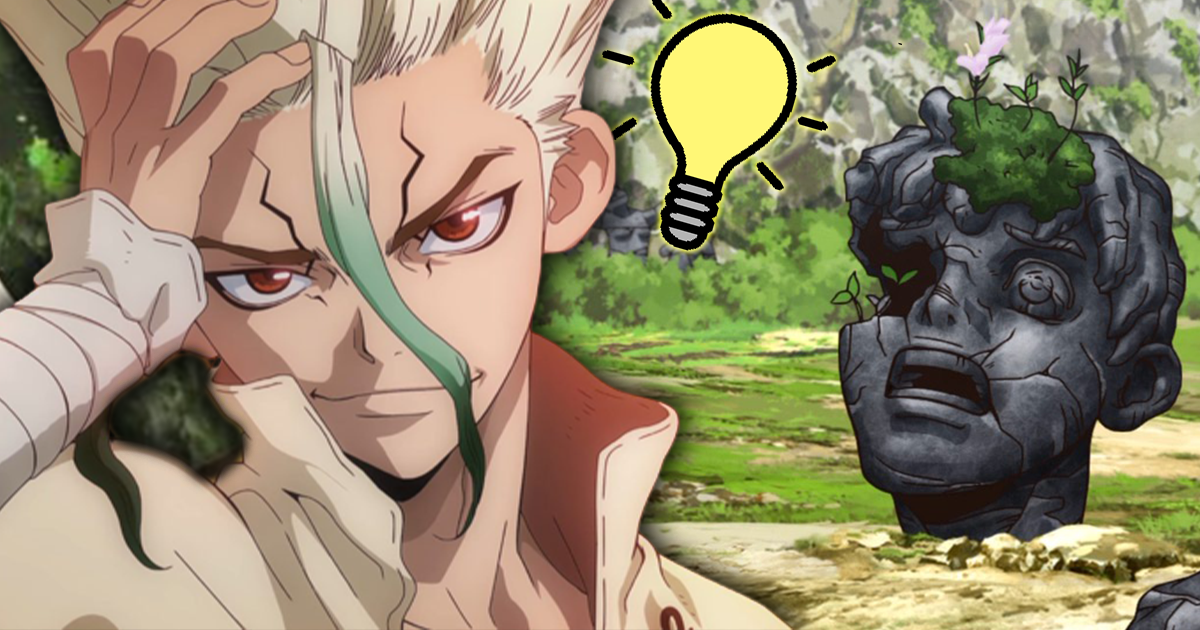 If you’re a fan of Dr. STONE, you shouldn’t be indifferent to the revelation about the identity of the one who petrified mankind (hehe). Today we propose to shed light on one of the greatest mysteries of manga.

WARNING: The following article contains spoilers for Dr. STONE Chapter #228. Don’t read any further if you don’t want to read it.

a central element of the manga

WARNING, this is where the spoiler begins.

After 228 chapters, Dr. STONE finally the secret behind the petrification of planet earth. If you are a manga or anime fan, you must remember that Dr. STONE begins with the greatest catastrophe in history hitting the earth. A “petrifying ray” traverses the planet from side to side, encasing all living things in stone and turning them into statues.

However, the mysterious energy prevents people from aging or dying. 3,700 years after the event, the scientific prodigy Senku Ishigami manages to free himself from the stone and embarks on his mission to rebuild human civilization from the Stone Age. Senku’s group even discovers the source of the Petrification Ray, an advanced technological device they call “Medusa”.

It was previously revealed that Medusa is activated by a voice command, proving that the petrifying ray was not an accident but the work of an enemy unknown to mankind. The “Kingdom of Science” founded by Senku and his friends learns of this being’s existence when they activate a powerful radio tower and receive a signal in Morse code that repeats the same word over and over: “Why?”. They cite the source “Why-man” and confirm that it is indeed an enemy when he attempts to use the group’s radios to activate a Medusa to petrify a humanity once more. The Science Kingdom eventually learns that Why-man’s signal source is on the moon, presenting them with their biggest challenge yet: building a vehicle to travel through space using the limited technology they possess.

Eventually, a team of Senku, Kohaku, and Stanley reach the moon, and the truth they discover there is mind-boggling.

There is a “black spot” on the lunar surface that was first located by Kohaku using a satellite built by the Science Kingdom. Once there, the group discovers that the spot is actually made up of a massive mass of spinning and whirling Medusa devices. Mankind’s enemy, Why-Man, is none other than the jellyfish itself. Senku describes them as mechanical life forms, while Xeno calls them “mechanical parasites”. Apparently the jellyfish’s purpose is for someone to do maintenance (i.e. replace the diamond batteries that power them).

The petrification effect actually gives humans eternal life, as not only does it keep them from aging, but the process can be used to heal mortal wounds (as Senku and the others discovered early). By offering eternal life, jellyfish inspire intelligent life to improve and advance. This is a hypothesis proposed by Senku and Xeno, and the Jellyfish seem to confirm it.

Despite this great revelation, however, there are still important points to explain. For example, if the jellyfish’s goal is human progress, why did they “reset” it and plunged the planet back into the Stone Age? It is true that many advances and inventions have been made in the short time since Senku’s awakening, but mankind is still far from the technological level it was before the Petrification Ray. Chapter #228 ends with the jellyfish going on to share vital information about its decision to petrify humanity. fans of dr STONE will therefore have to wait until next week to finally get the answer to all the mysteries of the manga.

In any case, we’ll greatly appreciate the idea that Medusa reduced humanity to the state of stone, just as Medusa, one of the three Gorgons in Greek mythology, possessed the power to petrify any mortal who met her gaze . As for you, what do you think of this revelation? We’ll let you answer this question via our comments section! Speaking of humanity, if you want to know which anime character you deserve to be reincarnated as, you can take our previous personality test on the subject.