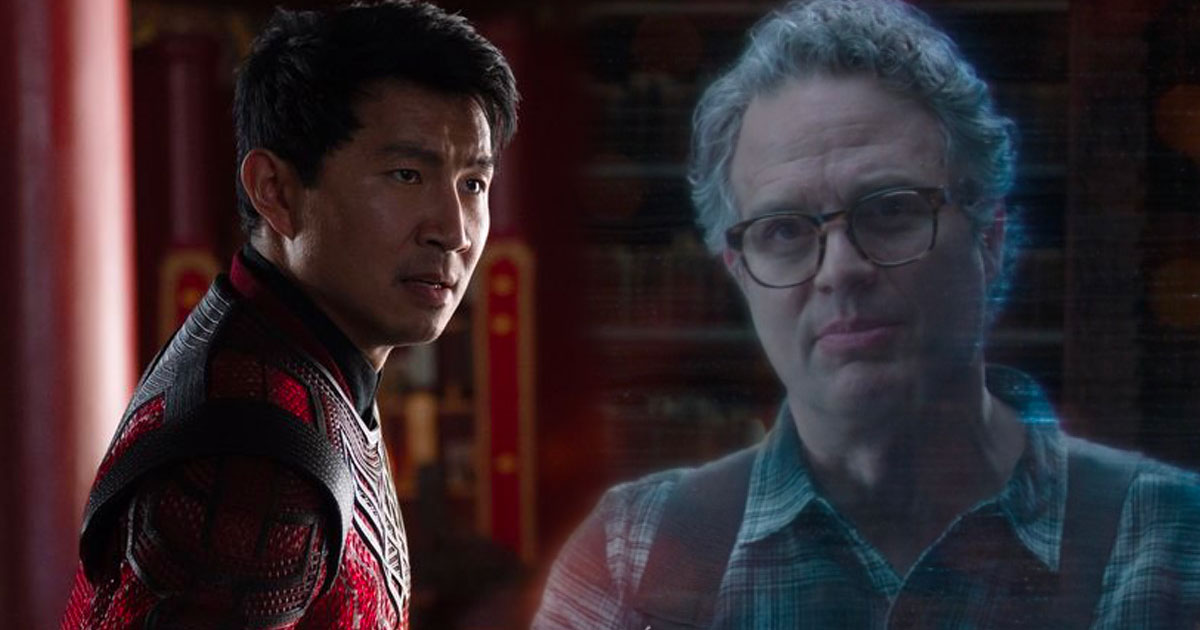 Shang-Chi and the Legend of the Ten Rings was one of 4 Marvel Cinematic Universe (MCU) films to see the light of day in 2021. Like any MCU work, the film ends in a post-credits scene. A sequence that also brought back two Avengers, Hulk and Bruce Banner respectively, and Captain Marvel. The film’s VFX team just did a little tweaking of this post-credits scene.

Shang-Chi: the new kid on the MCU

On September 1st, filmmaker Destin Daniel Cretton was hired by Marvel Studios to direct Shang-Chi and the Legend of the Ten Rings. The feature film, carried by Simu Liu, serves to introduce a brand new character to the Marvel Cinematic Universe: Shang-Chi. Shang-Chi first appeared in comics in 1970, penned by Steve Englehart, Al Milgrom and Jim Starlin. Paying homage to Bruce Lee, the protagonist is considered the undisputed martial arts master in the Marvel Universe. After solving his family problems, Shang-Chi moves to New York and befriends the heroes Luke Cage, Daredevil, Iron Fist, etc.

Thus, Shang-Chi was the hero of the 25th MCU film. The feature film, which also brought back Ben Kingsley (absent since Iron Man 3), proved a critical and financial success, grossing more than $432 million at the box office. A score that’s less impressive than the usual Marvel studio average, but sufficient for the company to start production of a sequel.

Back to the post-credits scene

Like any self-respecting Marvel film, Shang-Chi and the Legend of the Ten Rings offers viewers two post-credits scenes. The first that interests us here concerns Shang-Chi and Katy (Awkwafina). Both figures are picked up by Wong, who is attempting to study the Ten Rings of Power. He then enlists the help of two Avengers: Carol Danvers aka Captain Marvel and Bruce Banner aka Hulk. As in Avengers: Endgame, the two characters appear as holograms. A way for the various heroes to keep in touch wherever they are.

But the Hulk’s presence raises several questions. In Avengers: Infinity War, Hulk takes a huge hit against Thanos. The Jade Giant then decides to hide behind Bruce Banner and categorically refuses to show up when his alter ego claims him. Five years later, in Avengers: Endgame, fans discover Smart Hulk. Another iteration of the character that Banner was able to achieve without much explanation. Then, in the post-credits scene of Shang-Chi, the character reappears in her human form. Which leaves a whole hole in his narrative arc. How did Banner become human again? And most importantly, where is he now?

During a recent interview with Variety, special effects supervisor Sean Walker broke down the creative process for this post-credits scene. According to him, Carol Danvers’ costume was created entirely in CGI. But the most interesting information concerns Hulk. Apparently, Bruce Banner was communicating with others from his own lab. A place that has become rare for the scientist, constantly haunted by problems. After Thanos is taken out of harm’s way, the various characters can resume their normal activities. And Bruce Banner will therefore use his free time to devote himself again to his varied experiences. The latter should logically also be addressed in the next Disney + She Hulk series. Likely the post-credits sequence for Shang-Chi takes place around the same time as the She-Hulk series, which would explain why Banner is in his own lab.