The Courier
HomeWorldWe finally know what the creature with the half bear, half scorpion...
World

We finally know what the creature with the half bear, half scorpion and half bear behind it looks like 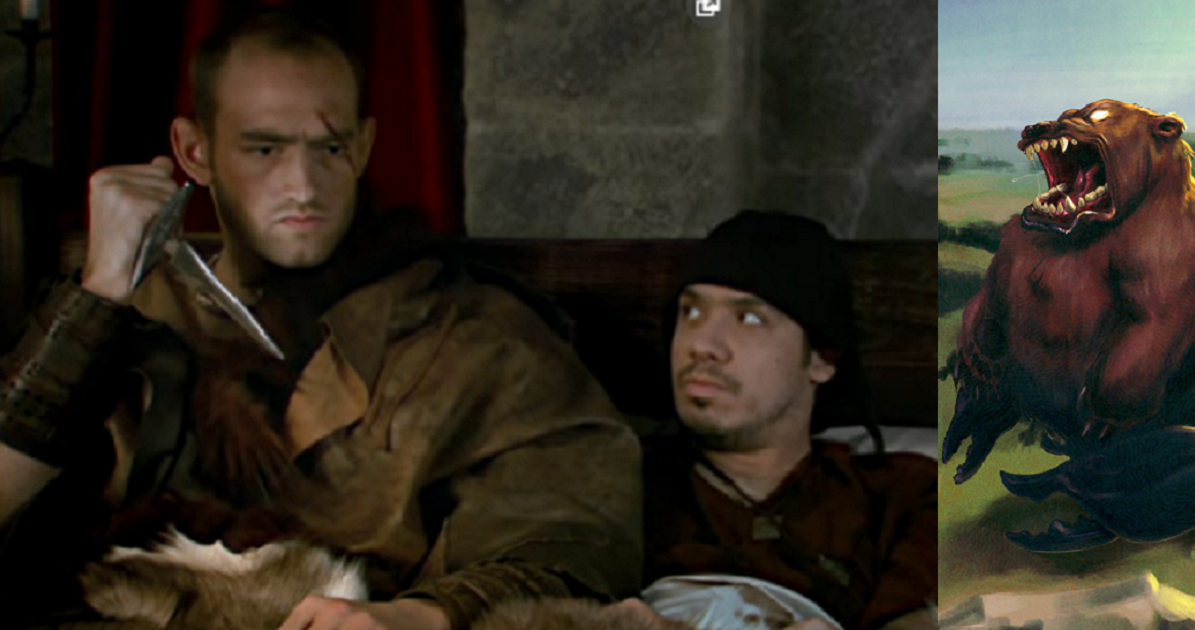 As we count the days that separate us from the release of Kaamelott: Premier Volet. An excursion where we would like to once again immerse ourselves in the world of the cult series by Alexandre Astier. And that’s a good thing, because we finally know what the creature that is half bear, half scorpio and half bear behind it looks like.

As funny as it is awful

Since its release, the Kaamelott series has had a real cult following. Alexandre Astier’s medieval fantasy series has captivated millions of fans around the world who have been touched by both the humorous streak of the series and its downright tragic story in recent seasons. If Kaamelott has never been lacking in ambition (Astier never stopped expanding the format), certain budget constraints have always prevented him from showing certain scenes or certain monsters on-screen. Dragons and battles are always off-screen, with the camera only showing the reactions of the main characters.

Very early on, Alexandre Astier took the opportunity of the comics published by Casterman, which he wrote himself, to overcome the budget constraints of the series format and show various monsters. These comics are also used to quickly tell specific episodes of the lives of the Knights of the Round Table evoked by the series.

A surfer also took the opportunity and pulled back a creature that was half bear, half scorpion, and half bear.

A while back, for a challenge, I made a creature with a half bear, half a scorpion, and half a bear behind me. @ AAstierOff #Kaamelott #TwitchArtFR #ideoart # 이데 오 아트 pic.twitter.com/k8lV53y5gN

Of course, Kaamelott fans will recognize Grüdü’s dream creature, Arthur’s bodyguard, in the episode The Scorpion’s Tail (Book I, Episode 22). The fan art illustrator received well-deserved congratulations from Alexandre Astier a few days after congratulating another internet user who recreated the series’ credits in the 80s / 90s style.

This picture has the merit of honoring Grüdü’s dream in a completely new way. Laughing at the fact, among other things, that a creature that’s half-bear, half-scorpion, and half-bear behind, probably shouldn’t be more dangerous, given the fact that it would be stripped of the sting, however, the scorpion makes us realize that we especially don’t want to face such a creature after seeing what it might look like. Congratulations to the illustrator!