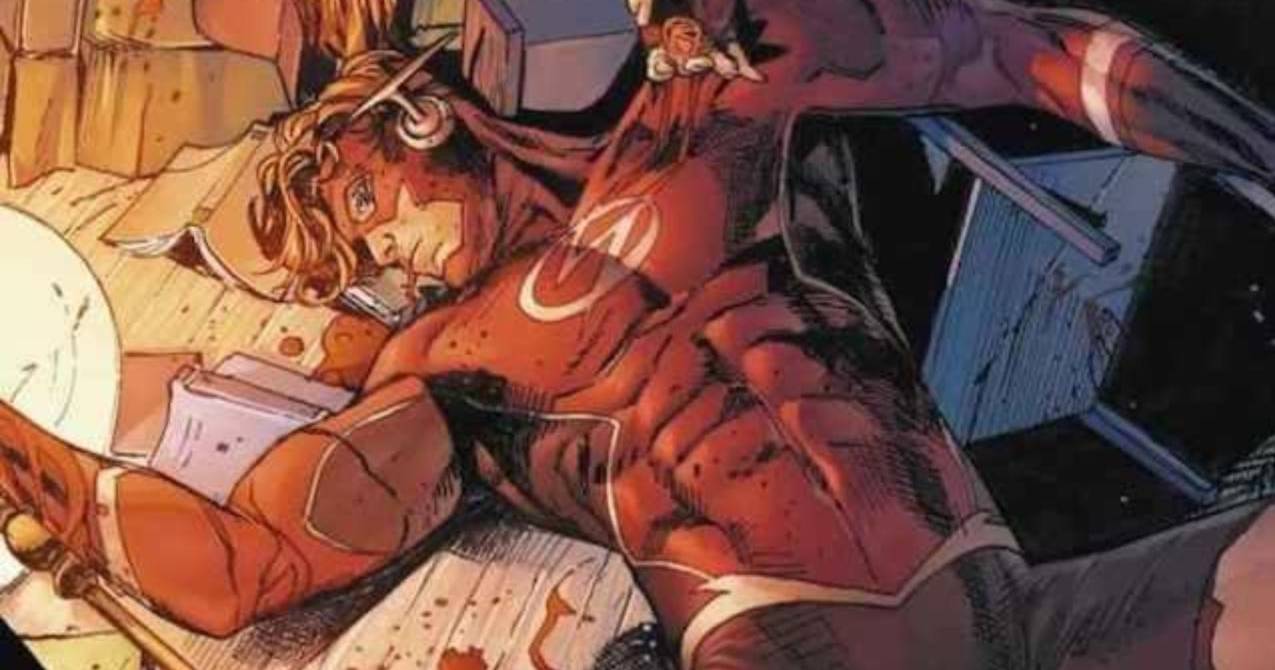 Flash is certainly one of the most popular superheroes in the DC Comics universe (well, behind Batman, Wonder Woman, Superman, Shazam, and the guy who appears there for 3 minutes in the Justice League). Particularly powerful Flash still has one major weakness, to say the least. Here we are going to talk about the crisis on the crossover of the infinite earths.

Flash is much more powerful than expected

This is an element that is too often overlooked in comics and film universes in general. Whether it’s Flash at DC or Quicksilver at Marvel, the problem remains the same. These two heroes should be much more powerful than expected, and their power cannot be limited to “I run fast”. To put it simply, with all of the kinetic energy stored and all the speed achieved in their race, a flash rugby style impact would technically have the same force (see more) as a full speed TGV.

However, comic book writers have found other clever ways to harness the powers of our favorite heroes, such as time travel at their speed and our consent to the lifting of disbelief. At the end of the crisis on Infinite Hearths Vol.1 # 8 Crossover, several hundred superheroes are in a battle to save the multiverse. In front of five of them is an antimatter cannon ready to destroy them all. But that was without counting on Flash (and Psycho-Pirate, but nobody cares). By the way, at the beginning of this video, you can see a very brief cameo of this scene:

Upon re-entering the flow of energy, Flash believes that the best way to save the multiverse is to run against the flow of antimatter and direct the energy back onto yourself. destroy the cannon. Its proximity to the cannon makes it weak. But that urges him to run faster. As fast as it has never run before. Little by little his body crumbles. He moves so fast that he begins to travel back in time and see images from the past. His body disappeared completely into nothingness, leaving only his costume and ring. Flash is dead. You will understand, Flash draws its strength from its speed, which is also its greatest weakness in that it can destroy it.

An ending worthy of the hero he was. A quote from the Scottish poet William Knox accompanies the end of the chapter: “Oh, why should the mortal spirit be proud? Like a swift meteor, a fast-flying cloud / lightning, a wave cut / He goes from life to rest in his grave. “Especially since she was one of the longest permanent deaths in superhero history. It wasn’t until 2008 that Barry Allen was brought back for good in Final Crisis # 2, though the hugely popular Wally West would take on the Flash costume and nickname, and delete Barry’s name from the 2001 Justice League animated series.

Everything that was always important to me. Everything that has always been important. Everyone lives and in the whole universe. In the present and in the future, I am fighting for it now! I feel slower My legs get stiff and heavy. But I can’t give in to the pain. I have to run faster than ever. Running against the tide of antimatter. Return the energy to the machine.

My cannon! He destroyed my cannon! Everything was destroyed because of this damn man!

It’s gone now, that lightning bolt. Barry Allen. In the end, he saved more than one universe from a certain catastrophe. He died fighting for what he had always believed in. And he died with no regrets. Although his death is unknown to all but one, he is mourned, trust us. He is mourned.

I’ve destroyed over a thousand universes. These people ruined my plans! They will suffer for what they did! Oh yes, they will suffer.

This scene from The Mandalorian finally explained

“The Nevers”: The new HBO fantasy series that is highly acclaimed