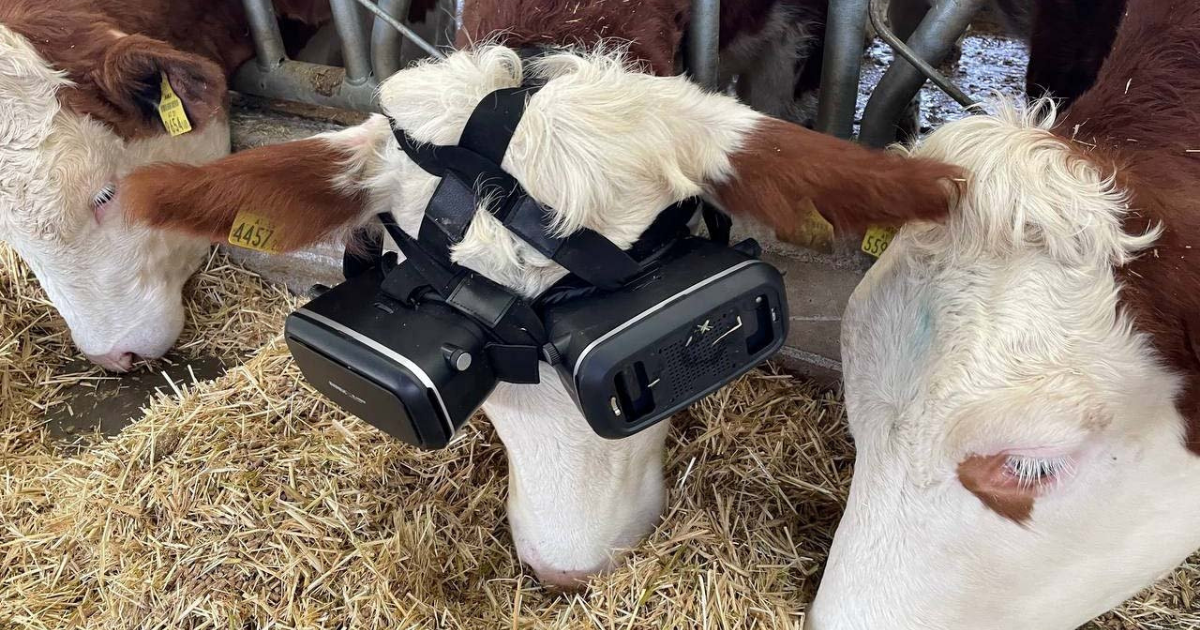 Some time ago we introduced you to this curious experiment that took place in Russia, in which scientists, in collaboration with experts from agriculture and video game developers, installed virtual reality (VR) headsets on cows to improve their productivity. Well, it seems that after Russia, another country in Europe might want to try.

the matrix in cattle

In Turkey, a breeder has started putting VR headsets on some of their cows to see if the cows are producing more milk when they think they are outside. The first results of the experiment are positive, although the sight of a cow living in a kind of metaverse to produce more milk for humans is a bit sad and reminds us a bit of something.

As The Sun and the Turkish media Anadolu Ajansi report, the VR cows or Cybervaches belong to Izzet Kocak, a cattle herder and ranch owner from Aksaray, Turkey. Since the cattle were locked inside during the severe winters, the VR should be made to believe the cows that they were really outside, of course with the aim of making them “happier”, but above all to produce more milk.

According to Kotaku, the VR headsets were first tested in Moscow before arriving in Turkey. They were developed in consultation with veterinarians to ensure animal safety. Kocak has used VR devices on two cows so far and the results have been positive, although the current system is a bit bizarre and even tends to be dystopian. But the milk yield of the affected cows rose from 22 liters to 27 liters per day, according to Kocak. He defined:

They look at a green pasture and that gives them an emotional boost. You are less stressed.

Living beings tied to a virtual world, made to have “better lives” while producing resources for those who keep them trapped in that virtual reality, it doesn’t remind you of the plot of a particular movie, its fourth Work is currently in progress? our theaters?