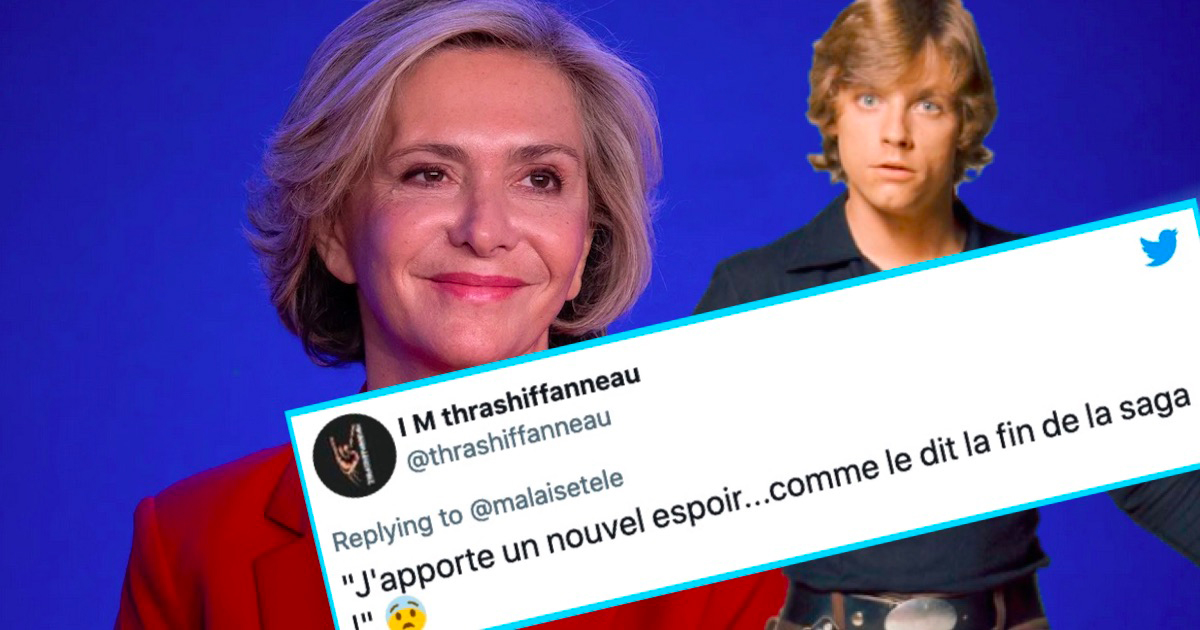 The presidential election campaign is in full swing. The various candidates for the election combine interventions on television sets or at events. Valérie Pécresse, candidate of Les Républicains for the next elections in April, attended the evening organized by the jury of the Trombinoskop Prize this Thursday, February 10th, where she was elected “Political Personality of the Year 2021”. . The contestant caught the eye with an intervention declaring she was “Return of the Jedi” and attempting a humorous speech using the titles of the Star Wars saga.

I am a new hope, as it says at the end of the saga

And the least we can say is that the intervention, which was meant to be humorous, bordered on the ridiculous, judging by the comments from netizens and Star Wars fans. It must be said that she referred to the franchise presented by George Lucas on several occasions, comparing the presidential campaign to Star Wars. And to continue with a speech that was intended (certainly humorous) but turned into a great deal of uneasiness. We let you discover below the video shared by the Malaise TV account on Twitter:

There’s still a little bit of The Phantom Menace left. There’s a little The Empire Strikes Back, well, the Empire would have to attack. Well, there’s Attack of the Clones, Éric Zemmour and Marine Le Pen. I live that well in everyday life. Well, you understood that I was the Return of the Jedi and because I want to bring new hope, as it says at the end of the saga.

Suffice to say, the reactions on Twitter were not long in coming! Although the candidate is a priori a fan of Star Wars, since she has a poster of Yoda in her campaign headquarters, frankly fans of the franchise did not appreciate it.

Here’s some mockery from some netizens after that speech that flopped.

Please leave Star Wars alone when discussing the political situation in France.
Teletubbie-esque metaphors would be much more appropriate.
Heartfelt,

PS: No kidding, don’t do that anymore.
Never . https://t.co/PVKQSQ8jF7

I can’t listen to this video in its entirety, I feel so uncomfortable. It’s really embarrassing

The guy who writes his speeches came like this pic.twitter.com/CanrwdQFZ5

Your tongues 7 times will twist you pic.twitter.com/1NsBkbge0C

I’ve only seen Star Wars once, but… She said that A New Hope is the end of the saga… So it’s the first episode? ud83dude2d

Absolutely, and she messed it up twice: “A New Hope” is episode 4 and the first part done.
“Return of the Jedi” is not the last… Finally yes: for the trilogy of the 70s/80s.
For your general knowledge, @vpecresse, the last one is The Rise of Skywalker.

George Lucas in front of the person who wrote the other pitcher speech… pic.twitter.com/WaOFzdVkxn

“I bring new hope… as the ending of the saga says!” ud83dude28 pic.twitter.com/oSUOmaIfVG

Share
Facebook
Twitter
Pinterest
WhatsApp
Previous articleWe interviewed Scott Eastwood, protagonist of the romantic comedy I Want You Back.
Next articleQueenie and Jacob’s future has already been revealed and everyone was unaware of it