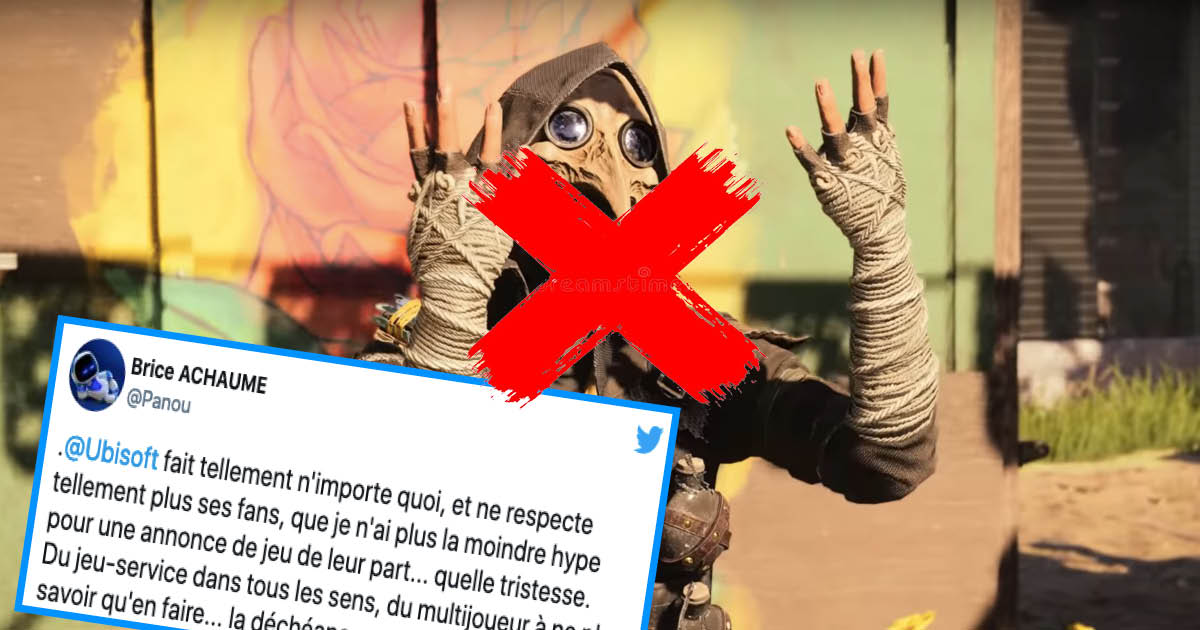 Ubisoft’s new project, announced last night in a ten-minute video aimed at traversing the Tom Clancy universes, was literally shot down by gamers.

It has been several weeks since Ubisoft is promoting the release of a new game inspired by the Tom Clancy universe with gameplay videos and announcements. The company made an appointment with its community for an official announcement at 8 p.m. yesterday evening, the first since its Ubisoft forward during the last E3.

For the press and fans alike, it would be the project that responds to the code name Battlecat mentioned during a leak in early June. A serious leak based on different images of the game that had to combine the Tom Clancy licenses (either Rainbow Six, The Division, Ghost Recon or Splinter Cell) to create the same multi-FPS for PC and consoles.

Corridor noise confirmed as Ubisoft San Francisco just announced the release of Tom Clancy’s XDefiant, a free multiplayer FPS that combines the Tom Clancy stamped licenses well. So it will be about going up against 6v6 in multiple game modes, such as domination modes, team deathmatch, classic multi-FPS, or even an escort mode where the team has to ensure the delivery of a package while defending it or the ringleader (who asks players to collect rings from eliminated opponents).

The different factions will reflect the different Tom Clancy licenses, such as Echelon (Support), Outcast (Healer), Wolves (Tank) and Cleaners (Assault), each with their specific skills. Players can also customize them by switching weapons and accessories for more freedom.

The fans obviously reacted on Twitter. As expected, the hype obviously didn’t catch on.

Seen, reviewed, reviewed and reviewed again … No interest … I have the impression that Ubisoft is being lost … It is high time this editor found his senses!

@ Ubisoft is doing so much nonsense and no longer respects its fans so much that I no longer have the slightest hype about a game announcement from them … how sad.
Game service in all directions, multiplayer not knowing what to do with it … the decay.

As you can imagine, tomorrow Ubisoft announces the return of Sam Fisher, the internet collapses.
But tomorrow Ubisoft will announce a CoD clone in The Division universe, release the check to run the game on Twitch this week and then go brain-dead out of the game.
Yes I know.

Ubisoft in nose manual against the grain on the highway of good taste.

I can’t get over the title of the new game, Tom Clancy.

They try so hard to make the Clancy universe look cool and fun, but it just doesn’t work.

“Let’s say we can use the name Tom Clancy when we make a strategy game based on his universe, for example based on Red Storm. “
Ubicrotte ud83d udc47 https://t.co/dCOv07r0bz

We can clearly see Ubisoft’s desire to have its free-to-play with regular income and to surf on the successes of huge studios like EA, Activision or Epic Games.