The Courier
HomeTechnologyUbisoft is set to release a new game next year, and it's...
Technology

Ubisoft is set to release a new game next year, and it’s not Infinity 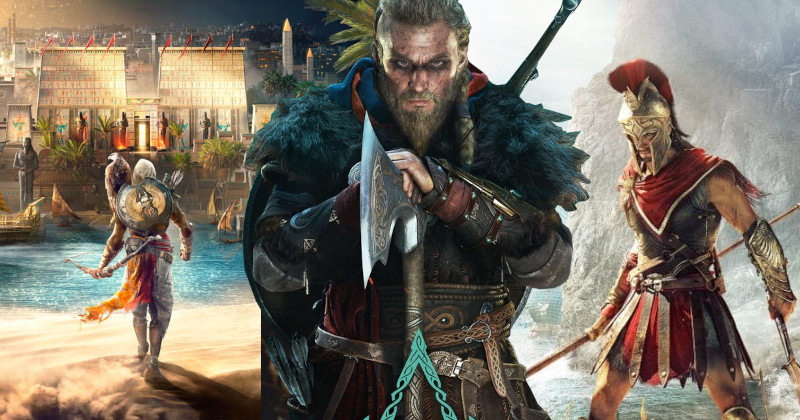 Assassin’s Creed is probably one of the most popular video game franchises in the world. With a formula that has evolved over the years, Ubisoft has been able to captivate new players with the release of each new episode. While a project called Infinity is planned for 2024 at the earliest, we are surprised to learn that another installment in the saga is expected to see the light of day long before that!

Assassin’s Creed: a mutation over time

The Assassin’s Creed franchise hasn’t always been easy. The Assassins, despite the first games that have now become cult, experienced low periods with episodes that were less compelling than others. But for a few years now, Ubisoft has been able to recover by modifying its formula in depth. If the principle of the open world has been retained, the way of development within it has changed. From action infiltration games we’ve moved to very RPG-oriented titles with Assassin’s Creed Origins, Odyssey and more recently Valhalla.

However, a few months ago, the French publisher announced a new drastic change in the series, since the next installment, currently known as Assassin’s Creed: Infinity, will be an evolving service game. But while they wait for this “best-of” game that’s both intriguing and disturbing, fans will finally have something to eat. At least that’s what the well-informed Jason Schreier, a journalist at Bloomberg, reveals.

Regularly at the origin of leaks and information revealed in the preview, this one indicates that a project called Assassin’s Creed: Rift should see the light of day before Infinity’s release.

A Valhalla DLC that has become its own

Jason Schreier is not content with hastily spreading the information on Twitter, but in passing reveals the first fairly accurate information!

NEW: Ubisoft has turned an Assassin’s Creed Valhalla expansion into a standalone game that will release before AC Infinity, sources say. Focused on stealth, codenamed Rift, stars Basim. Ubisoft’s lineup has struggled due to scandals, attrition and major delays https://t.co/qFTRsrRWy6

NEW: Ubisoft has turned an Assassin’s Creed Valhalla expansion into a standalone game which my sources say will be released before AC Infinity. It focuses on infiltration, codenamed “Rift”, contains Basim. Ubisoft’s lineup has been turned upside down due to scandals, fatigue and major delays.

Therefore, if we take a closer look at the guy’s tweet, we understand that the Assassin’s Creed called “Rift” was originally intended to be a DLC by Valhalla, as well as The Wrath of the Druids and The Siege of Paris. A process that is anything but unprecedented in the video game landscape: Naughty Dog, for example, had turned an Uncharted 4 DLC into a standalone with The Lost Legacy. Ubisoft had already tried the exercise with Far Cry: New Dawn and old episodes of Assassin’s Creed.

Therefore, if this project is logically smaller than the main games in the series, this would allow for a late 2022 or 2023 release, according to the Bloomberg article. If we don’t know to what extent the infiltration is emphasized (it already is in part), we know that it should be the character of Basim Ibn Ishaq (shown below) that should be the focus of the plot. Appearing in the final episode of the franchise as well as its expansions, the latter is a Master Assassin and was also a member of the organization of Those We Do Not See, the “original” version of the Brotherhood of Assassins. founded by Bayek de Siwa in the episode Origins.

If all of this information is obviously yet to be confirmed, there’s still a good chance it’s true when we know Jason Schreier’s liabilities. If that’s the case, Ubisoft should be quick to communicate about this Assassin’s Creed: Rift.