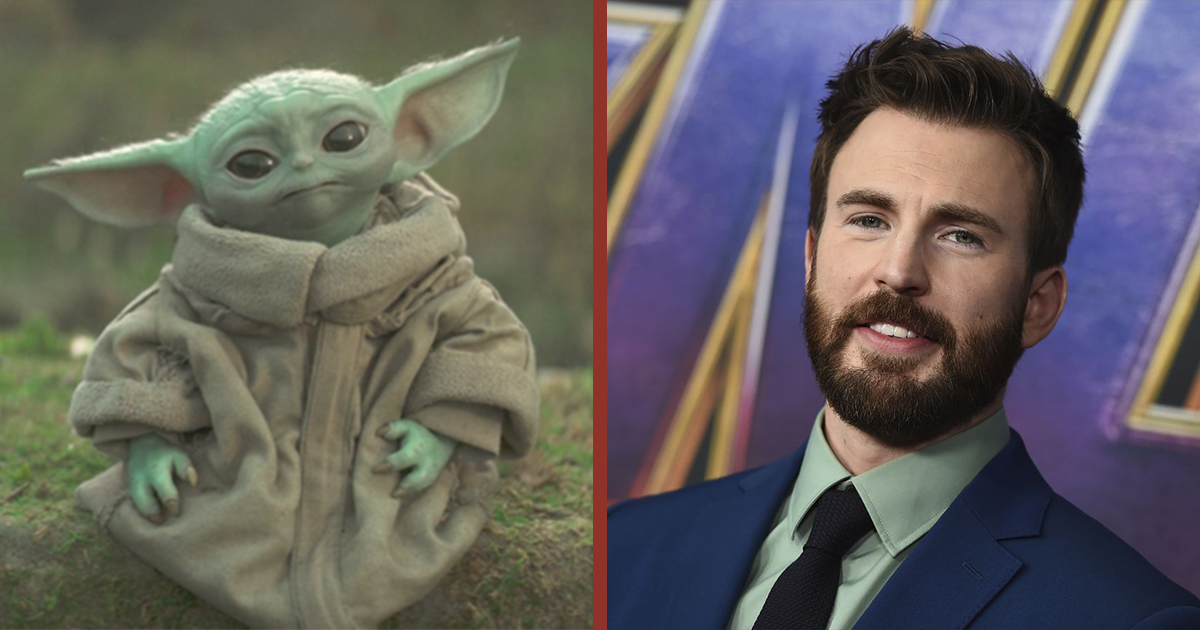 Two members of the Disney team are compared in a Twitter thread today. Two members who are highly valued by the public for their kindness and happiness. One is known to have played one of the main characters of the Marvel Cinematic Universe, the other for his presence in The Mandalorian and ubiquity in your favorite toy stores.

In fact, @fallcevans’ Twitter account had fun making a funny comparison between Chris Evans (aka Captain America) and Baby Yoda (whose real name was revealed in the final episode of The Mandalorian):

Chris Evans is one of the most popular actors among internet users around the world. Especially because he shares positive or love messages in his networks and is always ready to help others, for example when he visits sick children to make them smile again. Even if he accidentally reveals a photo of himself in Adam’s outfit, he manages to recover by posting a funny tweet asking Americans to vote.

So it was only a matter of time before he was compared to the cutest character in the Star Wars universe, Baby Yoda from The Mandalorian. A lot of ink flows on this character, as enigmatic as it is lovable. He and Chris Evans have also been put in touch in the past. In Knives Out, his character wears a beautiful white British sweater. Internet users then had fun putting his famous sweater everywhere, and obviously it ended up with Baby Yoda. The actor even mentioned it during an interview for Esquire:

Yeah, he’s wearing the sweater, which was one of the same things. Equal? Is that a word? It’s difficult to say. Not an easy word … we’re done.

You can now find Baby Yoda every Friday on The Mandalorian season two on the Disney + platform. Meanwhile, Chris Evans will play a character in the upcoming film by the Russo Brothers, the directors of Avengers: Endgame. He will star in The Gray Man with Ryan Gosling, a mix of spy film and thriller. His character Lloyd Hansen is hired to hunt down a former CIA agent.