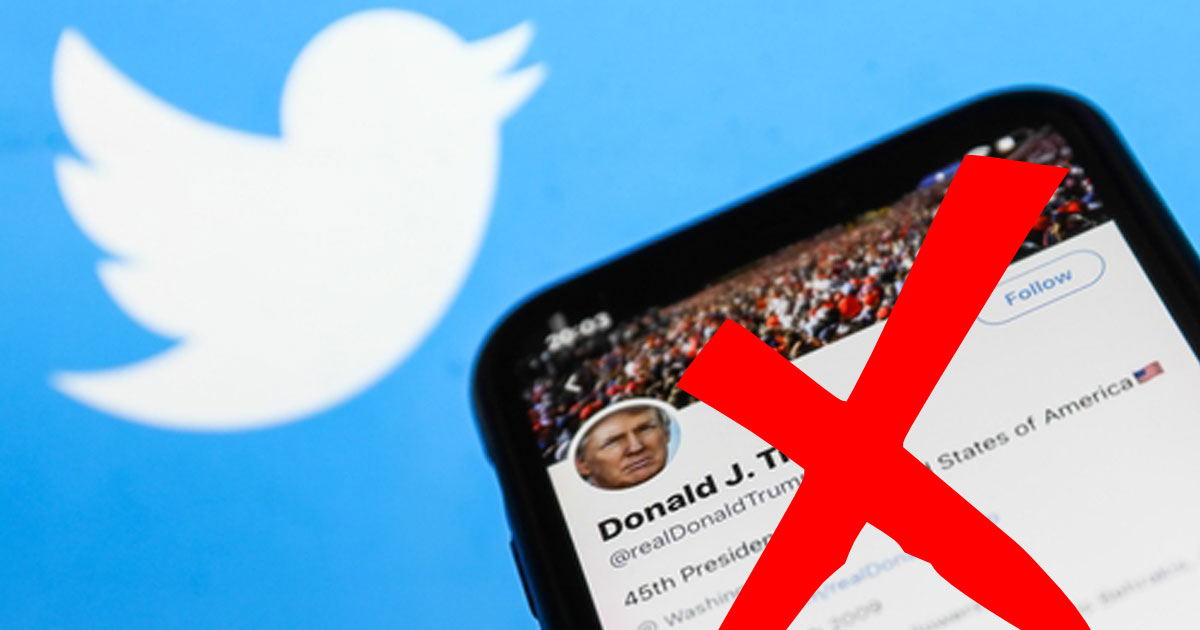 Donald J. Trump was beaten by Joe Biden last November and has just seen his Twitter account deleted from the social network. A situation that is far from anecdotal, but perhaps less encouraging than it seems …

The transition period between the end of the term of office of outgoing President Donald Trump and President-elect Joe Biden is not easy. Relive this week’s events and in particular the demonstration within Congress led by supporters of the 45th President of the United States that killed four people.

Donald J. Trump, blamed for the Washington excesses by both his opponents and members of his own political camp, has been robbed of his Twitter account, which has been closed by the American company that wants to avoid “news” inciting Violence “.

Of course, this measure is obviously political: Donald J. Trump has always used his Twitter account as a tool for political communication, and many have made fun of his tendency to tweet whatever came to mind. Additionally, Twitter appeared to be scrutinizing the outgoing president’s publications with keen interest in recent months. During the presidential campaign, Twitter and Facebook jointly censored reports from Trump’s teams for disseminating fake news.

With the permanent deletion of his Twitter account, Donald J. Trump becomes the first American president in history to have his personal account deleted. Apparently, the White House tenant was quick to react, accusing Twitter of “threatening freedom of expression”.

But what should one think of this case? Whether for Joe Biden or Donald J. Trump, Twitter’s decision to delete a president’s account is particularly worrying. Beyond the question of freedom of expression, this powerful act testifies to the immense powers of GAFAM. Today a company can deprive the president of the world’s first economic and military power of his main means of communication.

Isn’t Twitter playing a dangerous game under the guise of good intentions? This is all the more true as this disturbance of the company in the political sphere is absolutely not legitimate: Twitter does not have to worry about the internal security of the countries. Governments are appointed to meet these needs. If we’re not already living in the world of Cyberpunk 2077, we’re getting dangerously close, as we showed you a few weeks ago.

Did you notice this tribute to Stan Lee in the trailer?

The battle for vaccines