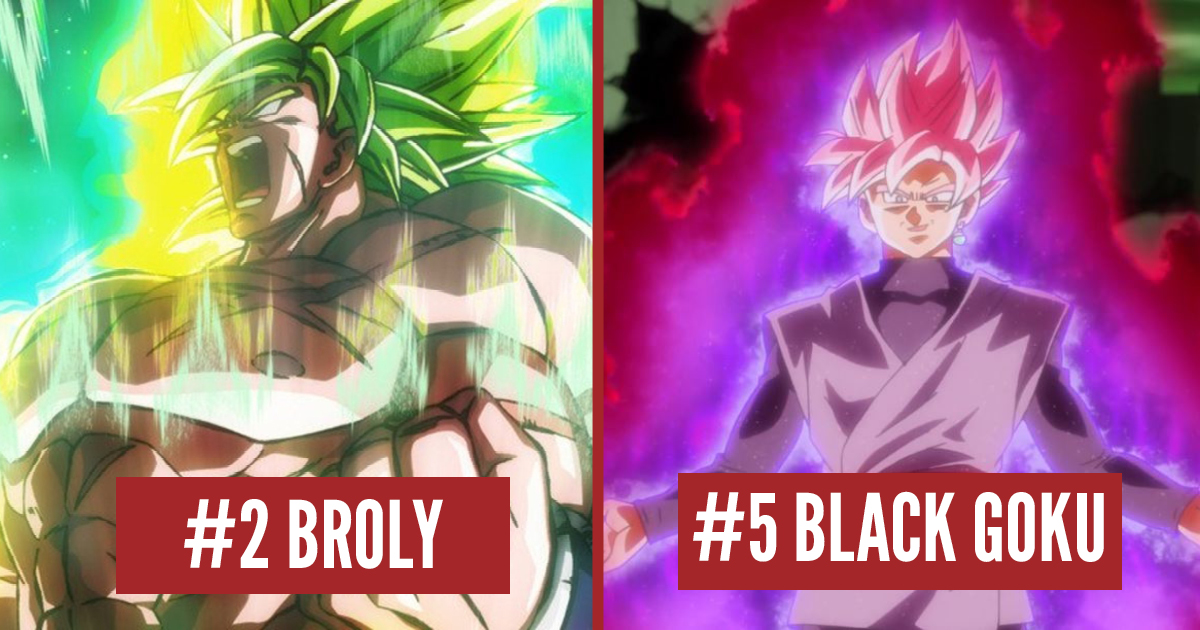 Saiyans are considered to be the strongest characters in the Dragon Ball universe. Members of this species can enhance their combat abilities by using transformations that change their appearance. At first, the Super Saiyan transformation seemed to be just a legend. But since Goku successfully mastered this form, he’s pushed the boundaries of how strong a Saiyan could be. He then paved the way for other warriors of his kind to try to emulate him. Because in addition to the Saiyans living on Earth, there are other warriors of this species that exist in other universes or timelines. Some Saiyans are more powerful than others. Here are our top 10 strongest Saiyans in the Dragon Ball universe.

We would like to point out that this ranking in no way reflects the opinion of our editorial team. When ordering, we relied on the opinions of fans of the Dragon Ball universe and the tops they were able to create on the web. However, we have chosen not to include mergers in this ranking for reasons of fairness.

Cabba is relatively new to the Dragon Ball universe. And for good reason, he makes his first appearance in the Dragon Ball Super series. This is the first Saiyajin from Universe 6 that we meet.

Despite what his appearance suggests, Cabba is powerful and a quick learner. With Vegeta’s help, he adapts and masters the Super Saiyan transformation very quickly. During the Tournament of Power, Cabba faced stiff competition and eventually made it to Super Saiyan 2.

Caulifla is one of the strongest female characters in the Dragon Ball universe. He’s also a Saiyan from Universe 6, just like Cabba, who we introduced to you a little above.

Thanks to Goku, Caulifla was able to learn to transform into Super Saiyan 2 very quickly, the same day she was initiated into the previous stage. Her fiery character and thirst for battle make her a formidable fighter who advances at full speed.

Gohan is Son Goku’s eldest son. While his father likes to fight, Son Gohan prefers to only resort to violence as a last resort. From a young age, Gohan proved to be a formidable Saiyan warrior. He saved Earth by transforming into Super Saiyan 2 and even managed to defeat Cell, whom his father was unable to defeat.

In addition, many fans claim that Son Gohan’s potential is much higher than Son Goku’s. However, over time, he gave up becoming a powerful fighter to devote himself fully to his studies. This helped widen the power gap between him and his father.

Future Trunks is the son of Bulma and Vegeta from an alternate timeline. Trained in battle by Gohan, he traveled through time to save Earth. Trunks has always displayed the skills of a fearsome Saiyan.

His career was marked by successes and failures. After gloriously defeating Frieza with a couple of hits, he proved pretty ineffective in the second part of the Cell arc. However, he returned in the Dragon Ball Super series and managed to defeat Fused Zamasu thanks to his new Super Saiyan Rage transformation.

Kale is hands down the strongest Saiyan in Universe 6. She’s sort of a female version of Broly’s character. Though she has no interest in fighting, she possesses a fearsome transformation, soberly referred to as the Super Saiyan Berserker.

If Kale could control the tantrums she experiences in this form, she could undoubtedly rank higher in this ranking. During the Tournament of Power, her blinding rage will cause her to strike at allies and foes alike, and has wreaked carnage everywhere she goes.

To realize how powerful Black Goku is, one must understand that he is an evil version of the greatest hero Earth has ever known.

Originally, Vegeta was Goku’s main competitor. As a Saiyan prince, he considered himself the finest warrior of the species. Much to his frustration, he will face Son Goku and lose to him.

Gradually, Vegeta goes from bad guys to good guys. The fighter will never stop training to take on what he considers his greatest rival. This allowed him to learn a new transformation that only Goku had previously mastered: Super Saiyan Blue.

Cumber was a prisoner of the Captive Planets in Dragon Ball Heroes. He is also a Saiyan so powerful that he had to be forced to wear a special straitjacket to channel his power.

In Super Saiyan 3, Cumber held his own against many of the best fighters in the Dragon Ball universe. The only warrior who was able to defeat him was Son Goku in his Ultra Instinct form.

The legendary warrior Broly has been enjoying a surge in popularity for some time now. The latest Dragon Ball Super movie brought the character back into focus.

Though many villains have found success in Dragon Ball, Broly certainly remains the most dangerous of them all. It took Goku and Vegeta to merge into Super Saiyan Blue Gogeta to defeat this terrible enemy. Broly derives his immense power from his transformation into Super Saiyan Full Power.

Many Saiyans challenged Son Goku, but none of them escaped unscathed. Each of his fights made this Saiyan warrior a little bit stronger. Through his training and love of fighting, Goku always finds a way to victory.

In trouble, Goku is the best. When dominated by his opponent, he eventually surpasses himself and offers a secret weapon that only he holds the secret to. Thus, he awoke and got his hands on one of the most powerful transformations ever revealed in anime: Ultra Instinct.

This concludes our tip. As a reminder, this ranking is based solely on the opinions of fans of the license. It is therefore not excluded that it does not entirely correspond to your beliefs. Don’t blame us and instead tell us in the comments which Saiyan you think is the most powerful in the Dragon Ball universe. We are happy to hear from them. In the meantime, discover this iconic character who should return in the next Dragon Ball Super movie.