The Courier
HomeGamingTop 10 Most Heroic Anime Victims Of All Time (+54,000 Votes)
Gaming 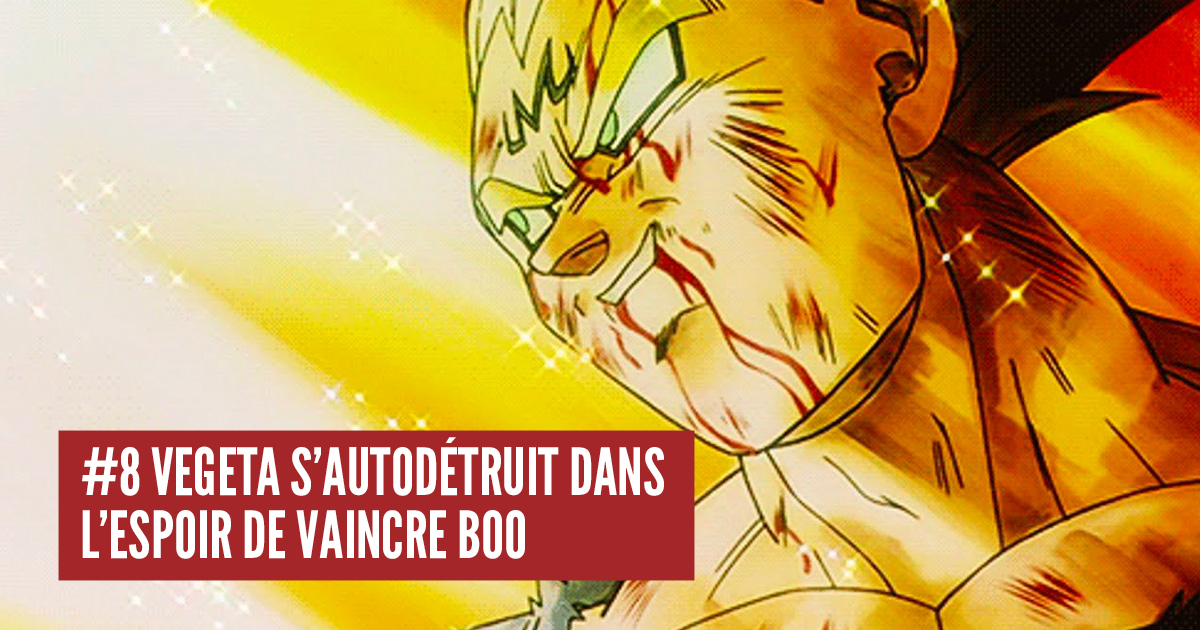 Many characters can die in anime. However, we must distinguish between those who lose their lives involuntarily and those who are willing to pay the heavy price voluntarily. When the heroes encounter an obstacle or a seemingly insurmountable opponent, all this can only end in one way: the death of one of the protagonists. Many characters accept this punishment in hopes of saving their comrades. In anime, a hero’s sacrifice is often a memorable moment that etches itself in our memories. Here are our top 10 most heroic anime victims of all time.

We would like to point out that this ranking in no way reflects the opinion of our editorial team. For the order, we relied on the votes of thousands of anime fans around the world who were able to give their opinions on the Ranker page. This top will likely evolve over time, but at the time of writing this article, it was the following.

#10 Before he dies, Yuzuru Otonashi makes sure to save as many people as possible (Angel Beats)

After falling victim to a train accident, Yuzuru Otonashi finds himself in a tunnel with some other people. Though badly injured, he will use all his strength to tend to his companions in misfortune.

Before he dies, Yuzuru will state on his card that he wishes to donate his organs. This act, which may have seemed insignificant at the time, will push his other comrades to do the same, ultimately saving many lives. Keep in mind that organ donation is relatively uncommon in Japan.

At the beginning of the anime, Hannes was clearly not a hero. The soldier spent most of his time drinking and acting irresponsibly. However, when he finally had the chance to redeem himself and make up for his past mistakes, he knew how to use it.

When he sees Eren and Mikasa being attacked by the Titan that killed Carla, he can’t help but intervene. Hannes will rush like a hero to save the two children, face the titan to enforce his promise to Carla and end up being eaten by the smiling monster.

What makes Vegeta’s sacrifice truly heroic is undoubtedly the path he has traveled to get this far. At the beginning of the series, the prince of the Saiyans is a villain who only cares about himself.

So his sacrifice shows how much the character seems to have matured. After confronting Boo for the first time, Vegeta will see the rift between them. Aware that no one will overcome them, he will gather his last strength to launch his “Final Explosion”, which as the name suggests is a technique of self-destruction. Before that, he will hug his son Trunks for the first time. That aside, his heroic sacrifice only gets more heartbreaking…

Thanks to his exceptional intelligence, Armin will be able to hatch a plan to defeat the Colossal Titan. Unfortunately, this one requires a decoy to work and successfully distract Bertolt.

Bravely, Armin clings to the Titan’s teeth. The steam that the creature releases will be so hot that the young soldier’s body will not be able to withstand it and will end up charred. However, it will create the long-awaited breach to bring down Bertolt.

During the battle between the Shinobi Alliance and Jūbi, Naruto is said to have died impaled by an attack by the Ten-Tails. But before impact, he is covered by Hinata, who seems determined to lay down her life for the man she loves.

It is ultimately his cousin Neji Hyūga who will bear the full brunt of the attack. When the ninja dies, he will do much more than just save the lives of our two heroes. He will thank Naruto for everything he has done for him and will urge his companions to continue the fight.

#5 Netero blows himself up with the Miniature Rose (Hunter x Hunter).

In a fierce battle against Meruem, Netero will use the “Palm of Zero”, the most powerful technique in his arsenal. However, this will prove insufficient to end the fight.

Powerless, Netero will use the last trick that’s up his sleeve. In one final blow, he will pierce his heart and detonate the bomb implanted in his body. This heroic sacrifice will defeat the terrible Meruem and his followers thanks to the deadly poison that will come out of the explosion.

#4 Greed Sacrifices Itself To Protect Its Host (Fullmetal Alchemist: Brotherhood)

Greed may be the epitome of greed, but he’s still one of the most heroic villains in Japanese animation. The homunculus lived a secluded life in Lin Yao, with whom he apparently got off to a very bad start.

And yet, if they get together before Father, Greed will choose to part ways with his host to make sure he survives. So in that moment, we’re going to really understand all of the friendship that Greed had for his alter ego.

During the Major Turning Point arc, we understand why Erwin chose to join the Scouting Battalion. We learn that the Major felt guilty about his father’s disappearance and was therefore willing to do anything to achieve his ultimate dream: to learn the truth about the Titans.

Erwin will then make every effort to reach the basement of Eren’s house, where he thinks he will find the answers to his questions. But along the way, he will ultimately choose to sacrifice himself and all his dreams to give humanity a chance to survive. Erwin will lead a suicide mission targeting the Bestial Titan, knowing full well that he will never come back from that final attack alive.

The whole plot of Code Geass somehow hinges on the ultimate victim of Lelouch Lamperouge. In the anime, the young man has only one goal: to create a world where his sister can live safely.

Lelouch will not hesitate then to start terrorist activism to overthrow the Britannia Empire. He will choose to become the common enemy of two nations at war. Ultimately, Lelouch will devote his life to realizing his ideal of peace.

#1 Ace sacrifices himself to protect Luffy (One Piece)

During a bitter battle against the Marines, Ace battles Akainu. Though his power gives him great resistance to fire, he is completely helpless against the admiral’s magma abilities. So he knows in advance that the battle is lost…

When Akainu plans to attack Luffy, Ace throws himself in front of his adoptive brother to protect him. He is then pierced in his place by his opponent’s attack and falls into Luffy’s arms. Ace will survive long enough to thank all his comrades for loving him and walk away with a smile on his face. His death will come as a shock to many characters. Ace is promoted to the rank of hero upon his death.

If these characters’ victim has touched you and you’re sad that you can’t see them anymore, you can calm yourself by telling yourself that a small proportion of them don’t actually die, or at least don’t die permanently. That doesn’t detract from their brave sacrifices, just like those that will sadly never see the light of day again… If you like anime, check out these 10 must-watch series even if you’ve read the manga.

How to get Rock Blaster Sorcery in Elden Ring? Here’s the complete guide!!