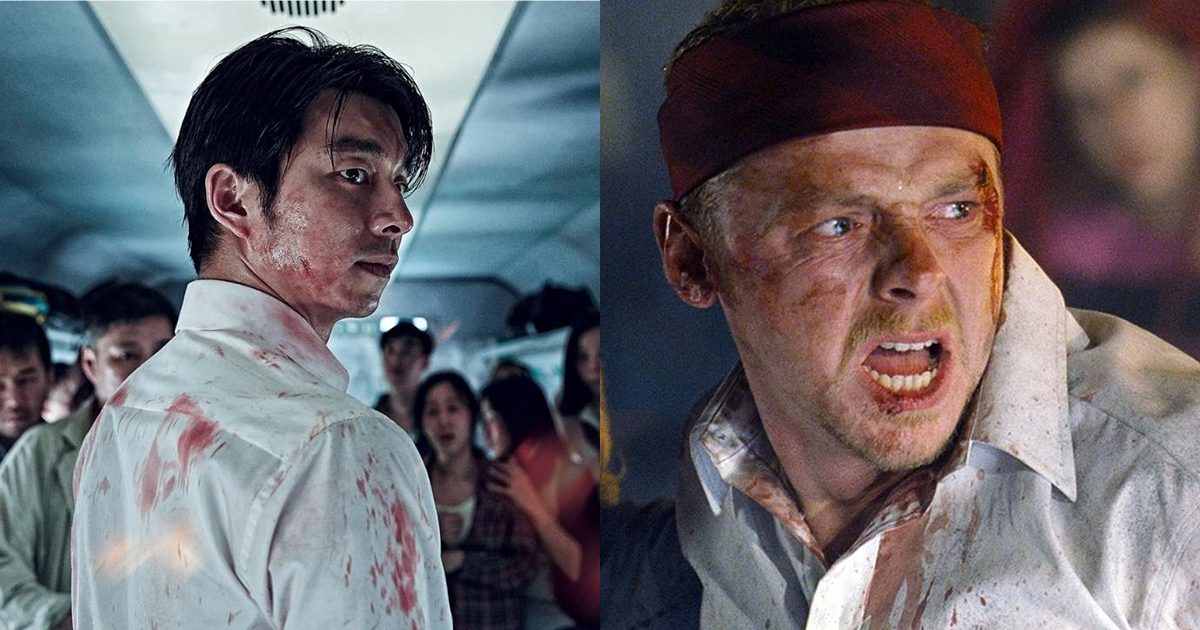 Halloween is getting closer and closer and depending on where we are, unfortunately it will be difficult to give this party the stamp of approval it deserves. Sharing sweets during COVID-19 or hanging out with friends to scare each other is sometimes reprehensible, sometimes reprehensible when you live in a French metropolis that is under curfew. How can we make the most of the Halloween party from home? With Netflix, of course, and especially with the best horror films the platform offers. We let you discover these top 10 and wish you in advance a very nice Halloween night full of fears and sweets.

Synopsis: A young businessman takes a train to Busan so his daughter can see her mother (from whom he is separated). However, the city that the two protagonists are about to leave has just been contaminated by a very (very) contagious virus that is turning people into living dead at astonishing speed. Pros: a noticeable tension that increases the crescendo, very good plans and a simple but effective scenario in which Busan is the last hope. Will they get there unharmed or will it all happen on the train? To be discovered, especially if you already have a thing for zombies.

Synopsis: Chris and his girlfriend Rose are a mixed couple, and now is the time for Chris to meet his in-laws for a weekend getaway in the backcountry. Chris quickly begins to think that the very tense atmosphere at this family gathering has something to do with the color of his skin. Things then quickly turn into drama and make him discover the unthinkable. Pros: This thriller multiplies the twists and turns and the scenario is very well thought out and stays in mind for a few hours, if not a few days. To be seen, if only for the few references to The Shining of Kubrick (especially the sequence in the car). We mentioned Get Out in a previous feature on horror movies, but since it’s available on Netflix, we had to bring it to you again.

Synopsis: During a bachelorette party, two escort girls lure four friends into a kind of warehouse. The young people are captured by a very specific association and subjected to the worst tortures to please those who orchestrated their kidnapping. Hostel Chapter 3 is far from the best, to be honest, but there’s only this one on Netflix right now. With a little luck, you might want to see the first. Pros: A slightly more intelligent sawing side, especially with the first two Opus, and the description of a dreaded club that will be remembered.

Synopsis: A small farmer at the beginning of the 20th century works tirelessly to survive. His wife wants to flee from him and this place in order to reach the city with her child. The farmer hits them when he realizes it, triggering an unprecedented series of events. Pros: Based on Stephen King’s novel of the same name, this film deals with psychology and exudes a mixture of guilt and fear.

Synopsis: Lena, a biologist, decides to explore an area with her team after her military husband returns and has changed dramatically. This mysterious area, which escapes all current laws of physics, was created after a meteorite crashed there. Pros: We alternate between wonderful and disturbing, strange and tragic, terrible and sublime. The highlight of the film is certainly that its director Alex Garland wanted to do something different from what we normally see in a horror movie. In addition, the ending of the film is still discussed today. Will you contribute your stone

Synopsis: Jessie is in the middle of a sex game with her husband when he collapses at the foot of the bed. Handcuffed to the bed and isolated, she has to find a way out. But is it really isolated? The visits she receives might make us not think. Based on Stephen King’s novel Gerald’s Game, Jessie is a film that pays homage to the original work. Pros: A disturbing and nifty film that leaves you wondering what you would have done in the same situation. Carla Gugino’s staging and acting are a real plus.

Synopsis: A cameraman in need of money agrees to go to a remote chalet to film Josef, a man who claims to have been convicted of an inoperable brain tumor. The latter wants to keep some memories for his close family. Josef smiles, is happy and ultimately far too happy to be true. Something unhealthy is brewing. Pros: the atmosphere! The movie becomes uncomfortable very quickly and that is certainly one of its main qualities. If you like the movie, you can have fun with Creep 2 again.

Synopsis: Shaun is in his thirties, lives a particularly boring life and is dumped by his girlfriend. He was a beautiful loser until a particularly violent zombie epidemic broke out. He and his best friend must show what they can do to survive, and Shaun must win Liz back. A parody that goes to the end. Pros: If you want to see a good movie that makes you laugh and spot zombies, you’ve come to the right place. The very first movie in the Cornetto trilogy is more irresistible than ever (and it could make you watch or watch Hot Fuzz and The Last Pub before the world’s end). This clever comedy is ideal for those who don’t like horror and fear in general.

Synopsis: Will accepts an invitation to a beautiful Los Angeles home to dine with his new partner at his ex-wife and new husband. The two guests have no inkling of the night of the nightmare that awaits them. It’s difficult to reveal more without breaking the tension. Pros: moments of doubt, moments of fear and finally a terrible ending where the viewer realizes the greatness of things. A breathtaking spectacle, simply ideal for Halloween.

Synopsis: Jack Torrance is a writer who was hired as caretaker for a large Colorado hotel this winter. He moved there with his wife and son (who owns a medium) for inspiration. The more time goes by, the more terrible the visions of Danny, the son of Jack and Wendy’s, and the more Jack seems to fall off the dark coast. Pros: We tried not to place too many classics with this top to discover new things, but shining is too important in horror movie culture to miss. A classic that you really have to see in your life!

#Bonus: In the tall grass

We thought we could tell you about this other adaptation of Stephen King on Netflix too, as this top already has two more.

Synopsis: When they hear a boy pleading for help in a field, a pregnant woman and her brother venture there to help him. The trap closes for them as it is very complicated to get out of the tall grass … Pros: The original idea (obviously from Mr Stephen King) is really good, the plans are interesting and the tension is very present, but the ending is a little worse than the rest. Even so, 3/4 of the film is really interesting, and for a Halloween night, we promise you will love imagining the most incredible hypotheses to explain what is really going on in the tall grass goes.