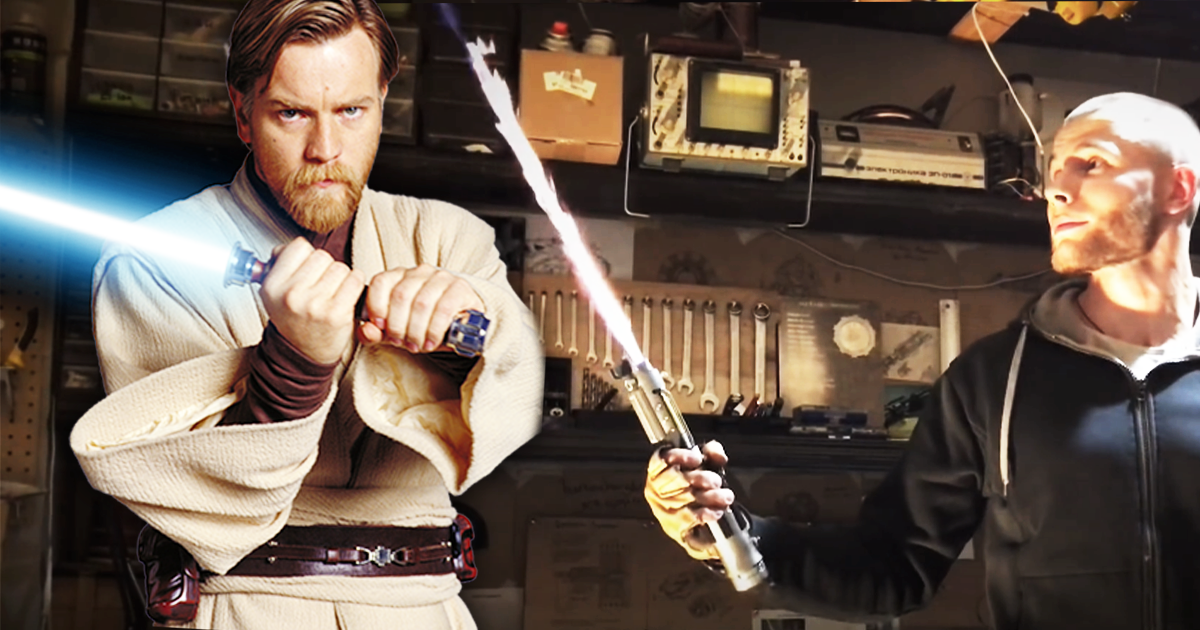 It’s undoubtedly the dream of every Star Wars fan: owning your own lightsaber, capable of cutting through anything and everything. And a YouTuber just entered the Guinness Book of World Records for creating one from scratch.

A device that has not left Star Wars fans indifferent

Alex Burkan, who runs the Alex Lab YouTube channel, has developed a device that is very reminiscent of Star Wars lightsabers. This device can actually create a plasma blade three feet long when triggered. But that’s not all: the saber must not be put in everyone’s hands, since it is absolutely not a toy with its blade, which can reach 2,800°C (and can cut steel at this temperature).

Warning, this experiment was done by professionals with certain safety precautions, don’t have fun doing the same at home.

This lifelong Star Wars fan has always wanted to own his own lightsaber. In 2013, he had started working on hydrogen production facilities and was beginning to think he could build something that looked a lot like the Jedi’s fictional weapon.

A weapon with a complex design

Alex Burkan, during an interview with the Guinness Book of World Records, explained how this weapon could have come about:

The key component of my lightsaber is an electrolyser. An electrolyzer is a device that can produce a large amount of hydrogen and oxygen and compress the gas to any desired pressure without a mechanical compressor.

The tricky part, it seems, was mostly making the burner and gas delivery system small enough to fit within the lightsaber’s hilt. The result is a lightsaber capable of cutting through steel.

However, it should be noted that the prototype has some drawbacks, as its creator reminds us:

It only works for 30 seconds at full power, the hydrogen lamp is not as stable as it could be and you can easily see it moving. Sometimes the lightsaber can be dangerous due to hydrogen flashbacks.

However, unlike the lightsabers in the movies, lightsabers in the real world have their advantages. “Plasma is a stream of highly ferrous particles, so this lightsaber can also attract lightning and other high-voltage charges,” reveals the creator. Alex Burkan has designed an Iron Man suit since designing the lightsaber for which he was listed in the Guinness Book of World Records. We’re excited to see what this costume will look like and if it will feature similar technology to his lightsaber.

Also, you know that YouTube channel The Hacksmith had already set a world record for a retractable lightsaber, but the latter had to be plugged in all the time to work, while Alex Burkan’s doesn’t necessarily have to be: that’s why the YouTuber entered the Guinness Book of Records. And if you want to check out the real lightsaber developed by Disney and designed for fans to wear, you can check out our previous article on the subject.