The Courier
HomeTechnologyThis Youtuber cheats his community out of 400,000 euros and offers himself...
Technology

This Youtuber cheats his community out of 400,000 euros and offers himself this nice gift 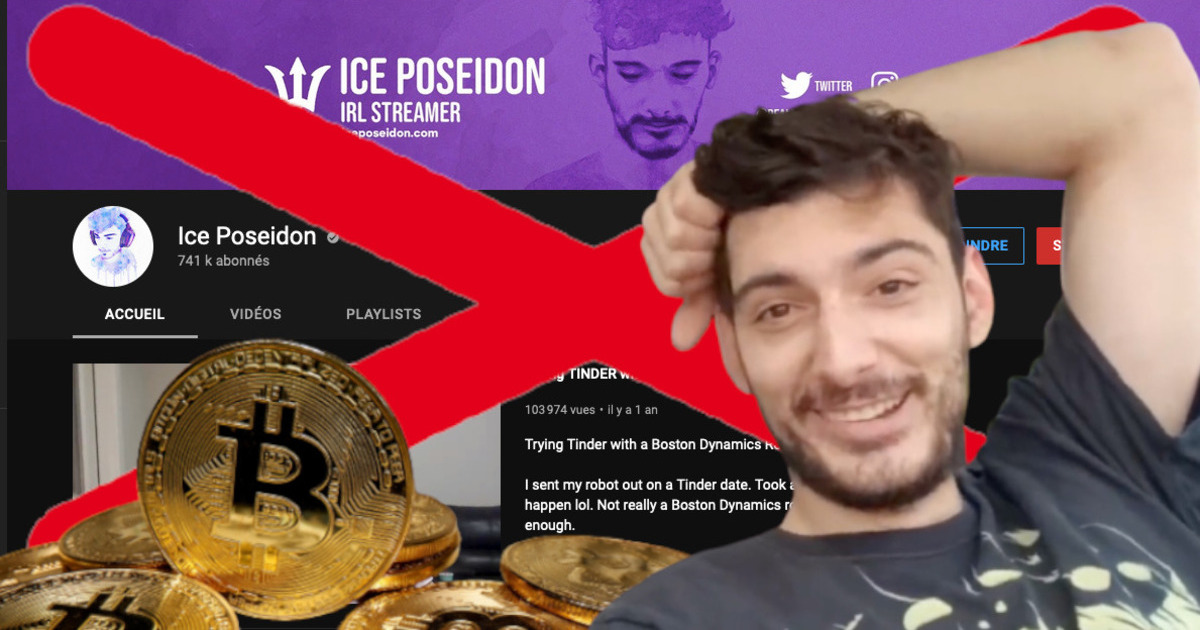 Fraud Alert of the Day. A Youtuber cheats his community out of half a million dollars to buy a nice gift thanks to Bitcoin. how did he do it An Elon Musk sympathizer gone wrong?

If the cryptocurrency business can be a beautiful Eldorado, it can be drama and fraud for others.

Still poorly controlled, unregulated, and subject to an extremely shaky market, virtual currencies can be the misfortune of some novices in the field. Especially when personalities advertise its advantages with advertising, Instagram stories and other promotional campaigns. Such was the case last month when Kim Kardashian, Floyd Mayweather, and other figures promoted the cryptocurrency Ethereum Max on Instagram, urging their followers to invest heavily and bid up the cryptocurrency’s price before reselling the shares.

half a million dollars

Less well known than these stars but still popular (his channel currently has 741,000 subscribers), a youtuber named Ice Poseidon created a scheme to extort money and trust from his community to offer half a million dollars and a Tesla brand car.

Under his real name Paul Denino, the Youtuber would have set up a dummy digital currency project to steal the money from his subscribers. This project, dubbed CxCoin, consists of creating a donation platform in Bitcoin and Dogecoin to “allow streamers and content creators a safe and easy way to get help through cryptocurrencies with an auto-redemption system,” the website states.

With promotional videos and a group on Telegram (a secure cloud-hosted instant messaging application), Ice Poseidon encouraged his community to donate regularly, and as a good bad guru, the scammer simply collected the money when it reached around $500,000 . Obviously, the price of the Cxcoin currency crashed immediately.

Here, this type of scam consists of a “pump and dumb,” meaning inciting a very large group to invest in a cryptocurrency to inflate its value before reselling the shares when the price is high.

Discovered and questioned by an investigation by American Youtuber Coffeezilla – whose channel specializes in scams, fraud and the investigation of fake gurus – Ice Poseidon even boasted about cheating donors:

Part of the blame lies with them (the fans) too, because they put too much emotion into it. Sometimes you have to be vigilant. Of course I could return the money, but I won’t do it,” he defended.

When he later reconsidered his decision and promised to return some of the money (previously $40,000), the Youtuber still succeeded and offered himself a Tesla car. We can see this scammer of the week going to the dealer to recover the vehicle in the video above. Provocative to the end.