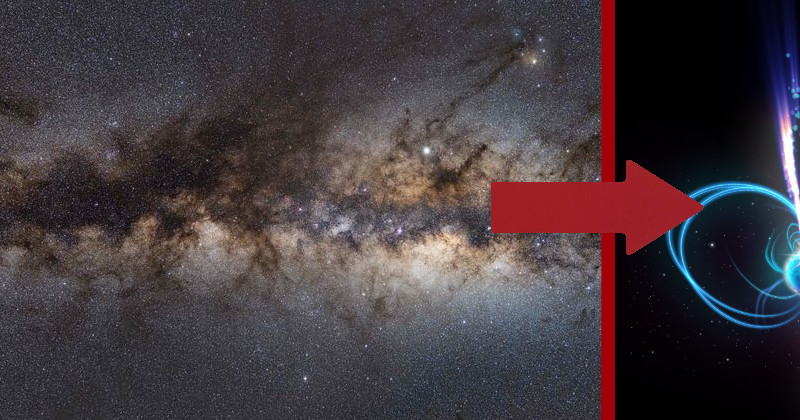 Man has still not returned to the moon, which he is already trying to cross. Elon Musk and NASA are aiming for Mars, but until they get there, astronomers will continue to focus on unreachable parts of the universe. And through observation, a seemingly unknown object has been discovered in our galaxy.

Contrary to what one might think, the discoveries of new planets, new stars or new celestial bodies of all kinds are not all that rare. On the other hand, these are always distant discoveries, very often beyond our galaxy. However, Australian astronomers recently observed an object in our galaxy. Proof that the Milky Way still holds many secrets, the objects in question would not resemble any other observed so far. So is this an important discovery for the scientific community?

The science journal Nature published an article yesterday about a very mysterious find made by researchers at the International Center for Research in Radio Astronomy (ICRAR) in Australia. When asked about this, the well-respected astrophysicist Natasha Hurley-Walker, who observed the mysterious object, emphasizes that “nothing is known in the sky that does this,” hence the great interest of scientists. But then what is this object in the center of all attention?

The object observed by Australian astronomers, located about 4,000 light-years from Earth, would be particularly bright and have a strong magnetic field that could convert it into radio waves, much more efficiently than any other objects so far discovered. Because its great peculiarity lies in the emission of significant and regular electromagnetic radiation (the perception of which by the MWA telescope is shown below), three times per hour and with a duration of up to one minute. More specifically, this radiation repeats itself every 18.18 minutes: “an unusual periodicity that, to our knowledge, has not been observed before,” we read in the Nature publication.

Using the @mwatelescope, we spotted a surprising radio transient that repeats every 18 minutes! Read about it in @Nature: https://t.co/lkG7DVHj89@ICRAR @CurtinUni pic.twitter.com/YcLSno3760

If the UFO – because it is literally one – does not have an exact name at the moment, because its nature has yet to be determined, then several theories are already being put forward by researchers. First, it could be a white dwarf, a very dense gaseous object that emerged from the evolution of a moderate-mass star at the end of its life. But the most plausible theory, the researchers say, remains that it would be an ultralong-period magnetar, a neutron star that also forms there from the collapse of a star at the end of its life, but has a much larger mass than those from which White dwarfs are formed. The discovery would then be significant. Because if magnetars were already discovered, this would be the first “ultra-long period” ever observed!

After observation comes the time for investigation and research. Astronomers will be able to study this object observed in our Milky Way more closely by searching for similar data in the archives of the Murchison Widefield Array (MWA), the giant radio telescope that made its observation possible. If you don’t find anything there, then it’s officially a new discovery! An exciting but also “a bit scary” phenomenon, says astrophysicist Natasha Hurley-Walker.