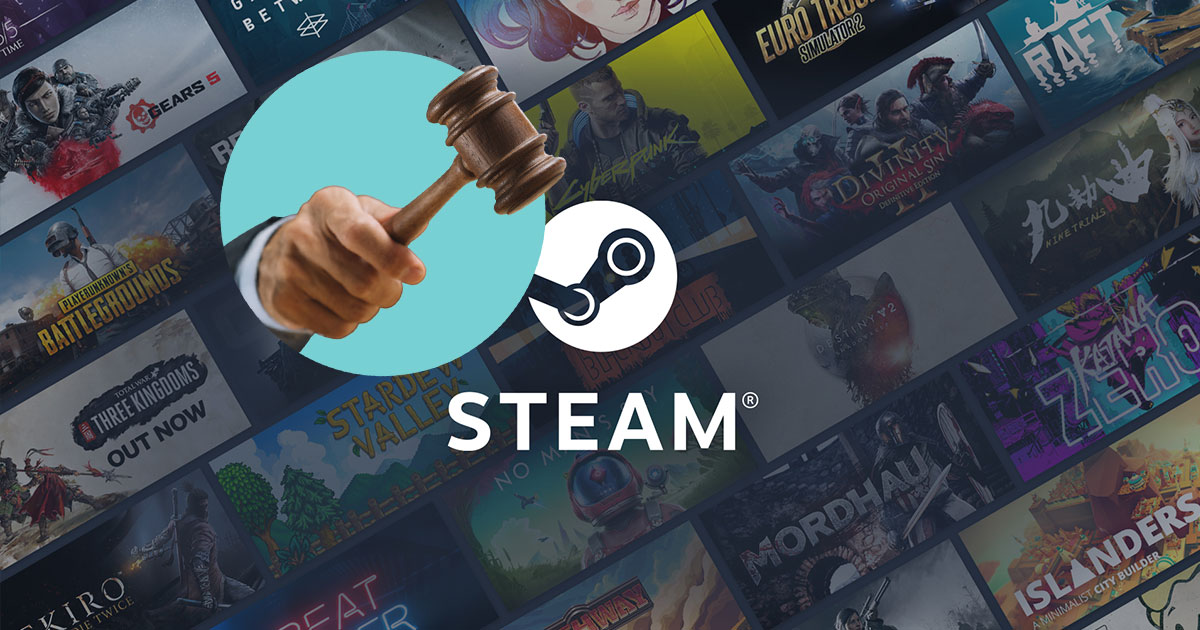 Since Epic’s aggressive entry into the world of video game distribution, medium-sized giant Steam has been forced to re-examine profit-sharing. On Steam, the usual 70/30 were reworked, but only for large games, while until then this was the standard in both the world of PC gaming and other supports. A studio wants to change something by filing a complaint against Steam for unfair competition.

a complaint about unfair competition

Without a doubt, Steam is the largest platform on PC. With 120 million active players per month in 2020, Valve’s platform is a must-have to introduce yourself to as many potential buyers as possible. And even if the arrival of the Epic Games Store and its exclusive deals made a difference in late 2018, Steam remains the biggest player in the industry. In a complaint filed on April 27 and available here, the indie studio Wolfire Games (Overgrowth, Lugaru) wants Valve to pay “its extraordinarily high share of almost all sales that go through its store”.

The share mentioned in the complaint is as follows: 70% of a sale made on Steam goes to the publisher and 30% to Valve. With the arrival of the Epic Games Store and its 88/12, Steam had to change course slightly. Nothing bad: 75% for the publisher and 25% for Valve if the game has sales of more than $ 10 million, and 80% for the publisher and 20% for Valve if sales exceed $ 50 million . In the case of small games, the distribution of income remains the same: 70/30. Of the industry giants, Steam is the only one that uses such a high income distribution.

On the mobile side, Apple decided to only tax the big hits. Therefore, the 30% income distribution only applies if the studio has an annual income of $ 1 million. Google will also be required to pay a 15% commission on “the first million dollars of income each developer earns each year” starting July 1st. If we are to believe Wolfire Games, this distribution of income has a direct impact on the consumer:

“To be able to afford Valve’s 30% commission, game makers have to raise their prices and invest fewer resources in innovation and creation. Players are harmed by paying higher prizes due to the high commissions. Valve. Competition, production, and innovation are suppressed in a way that damage alone can never completely undo. “

In support of its complaint, the independent studio cites unsuccessful attempts by the major publishers in the industry. Electronic Arts with Origin, Microsoft, Ubisoft with Ubisoft Connect, GOG, platforms that, despite the efforts made, only make up a tiny part of the market. Worse still, Epic and its Epic Games Store are wasting millions offering free games and being exclusive to themselves every week. Despite their best efforts, no one has really managed to establish themselves as a serious competitor to Steam. Valve’s platform remains the king of the castle, much to the chagrin of some developers.

Worse, the efforts of these publishers are frowned upon by gamers. And for good reason, they force another service to be used. The games are then no longer collected in a single library, although a service like GOG Galaxy ensures that they are brought together in one place.

“For example, the release of Borderlands 3 on the EGS (rather than the Steam gaming platform) sparked backlash from some gamers, including calls for a boycott, ratings on YouTube, conspiracy theory and a rating bombing. “We cannot allow Epic Games to continue buying exclusive products for their launcher.” It’s very anti-consumer and it’s literally epic to pay millions in 2K just to spit on us buyers. I really suggest that everyone on PC boycott the game until it hits Steam so that Epic doesn’t get our money back. “

Tim Sweeney, CEO of Epic Games, shared in a tweet in April 2019: “If Steam were to commit to a permanent 88% revenue share for all developers and publishers without material conditions, Epic would rush to organize a withdrawal of exclusive products (and at the same time our honorable affiliate commitments) and would consider putting our own games on Steam. “But months have passed and Steam seems unwilling to change its revenue sharing.

In its complaint, Wolfire Games not only wants damages and reimbursement of its legal costs, but also the introduction of an “injunction to repeal Valve’s anti-competitive provisions”. A hypothetical victory for those angry developers that would make it possible to bend the PC gaming giant. A restructuring of the income distribution seems imminent, it remains to be seen whether the indie studio will manage to get to the end. Valve has a lot more resources than the little studio. A David against Goliath, who will therefore be played out in court, in the event that Valve does not change its terms by then.