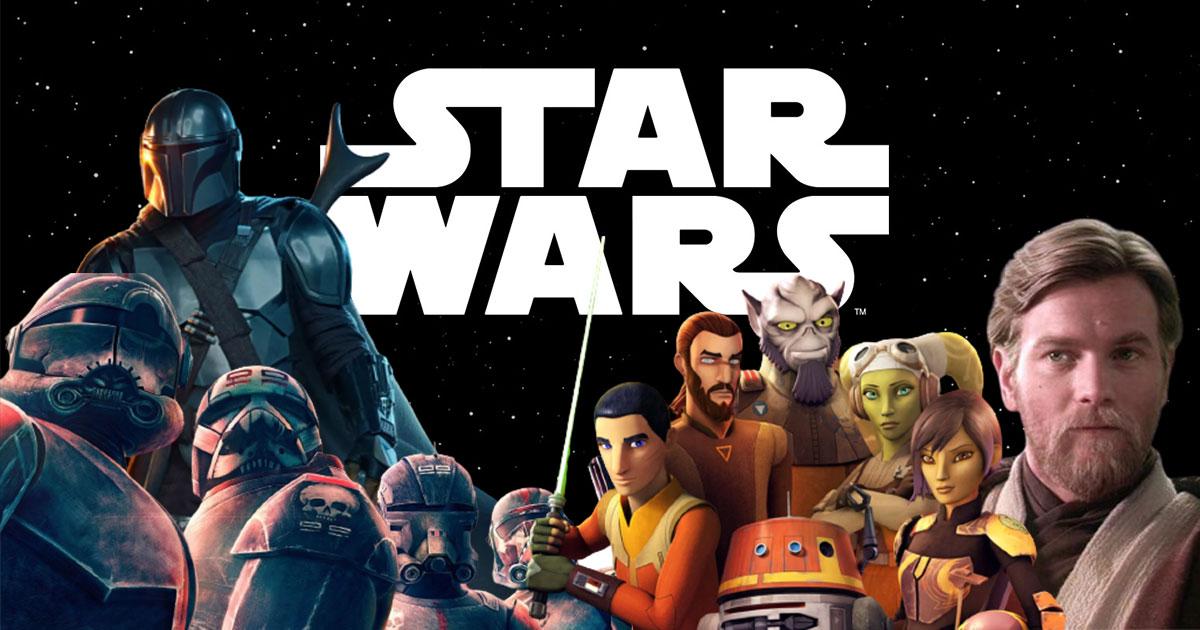 As Star Wars fans keep an eye out for news about the second season of The Mandalorian, we learn that Lucasfilm will be giving a sequel to a series that is hugely popular with fans of the George Lucas universe.

The news we’ve been waiting for

If the final Star Wars trilogy worried fans deeply about the future of the saga in the cinema, the series The Mandalorian reassured them. The series was a real hit, also spearheading the Disney + platform and was a demonstration of how SVOD could revive the universe invented by George Lucas.

A few months ago Disney also made a number of announcements concerning the future of the saga on Disney +, including the series Obi-Wan Kenobi, Ahsoka Tano, The Book of Boba Fett and even The Acolyte. Live-action series that are already generating great expectations. But it would be wrong to underestimate the Star Wars animated series. Since The Clone Wars, animated series have enriched the Star Wars universe and been a huge hit.

The fourth Star Wars animated series, after The Clone Wars, Star Wars Rebels and Star Wars Resistance, is a huge hit with fans. If she stayed in the shadow of the Marvel Loki series, she was able to be terribly effective and original, telling the events between the revenge of the Sith and a new hope from the eyes of a group of renegade clones.

Good news for The Bad Batch fans as it has been extended for a second season. The news was officially announced on the show’s Twitter page:

Star Wars: #TheBadBatch will return for a second season in 2022. Prepare for the two-part season one finale starting tomorrow, only on @DisneyPlus. pic.twitter.com/UsseGvPXgS

Star Wars: The Bad Batch will return for a Season 2 in 2022. Prepare for the two-part season one finale, starting tomorrow exclusively on Disney +.

While we don’t yet know the release window of The Bad Batch’s second season, we can still expect a release in the spring of 2022. As a reminder, the series began on May 4th, 2021, the annual International Tributes to Star Wars May 4th.

If the first season of The Bad Bad Batch was an opportunity to discover new characters, fans could find others much better known like Fennec Shand (appeared in The Mandalorian), Captain Rex (a central character in The Clone Wars). , Saw Guerrera (who we saw in Rogue One and Jedi Fallen Order, among others), Bib Fortuna, Grand Moff Tarkin or Emperor Palpatine, season 2 will undoubtedly contain other cult characters. We are thinking in particular of Ahsoka Tano or Obi-Wan Kenobi.