The Courier
HomeTechnologyThis scene from The Mandalorian finally explained
Technology

This scene from The Mandalorian finally explained 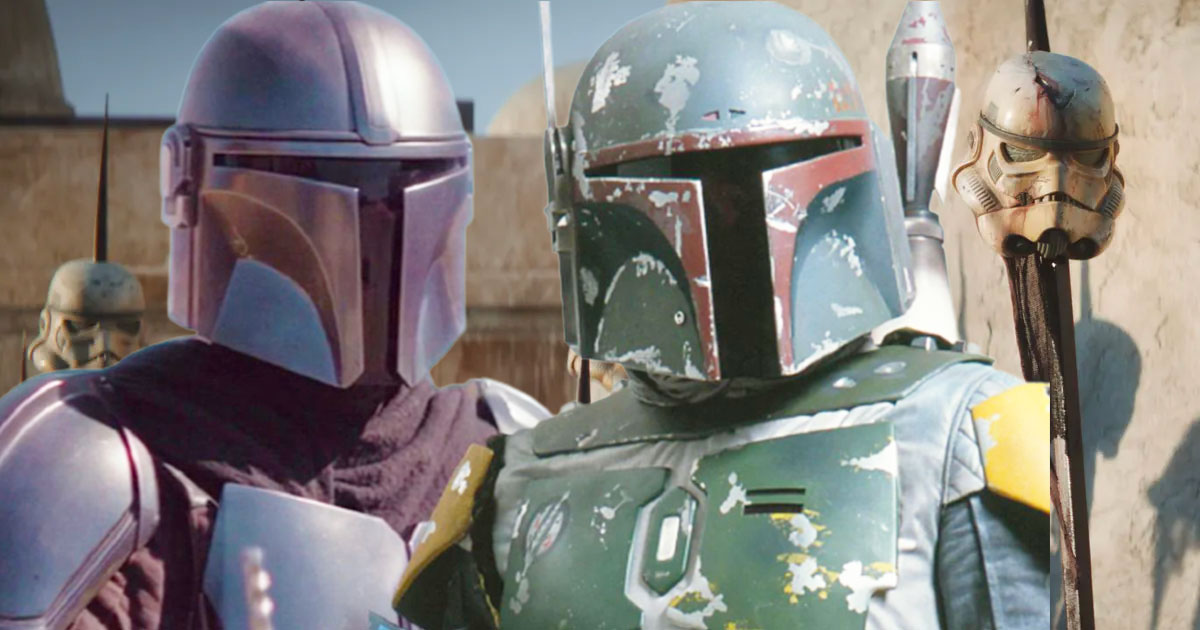 Episode 3 of The Book of Boba Fett is available on Disney+ since Wednesday, January 12th. A third chapter is structured in the same way with a double temporality: the present and some flashbacks to explain the character’s evolution since he left the Sarlacc. And one of the scenes of this last episode makes it possible to discreetly connect to The Mandalorian.

Boba Fett’s book: The Bounty Hunter continues on its way

Following the success of The Mandalorian’s first two seasons, Disney and LucasFilm decided to explore the story of another iconic character: Boba Fett. The famous bounty hunter who returned in Season 2 of The Mandalorian now has his own series. Still directed by Jon Favreau, this one allows us to see Temuera Morrison in the skin of Boba Fett. On the production side, Robert Rodriguez has already directed two episodes (1st and 3rd).

The storyline of The Book of Boba Fett is divided into two parts. Jon Favreau actually decides to propose two different timelines. The first takes place in the present. Boba Fett wants to be the new leader of Tatooine and tries to impose his hegemony on the famous planet by replacing Jabba the Hutt. Plane Temporality, this part of the storyline takes place shortly after the events of The Mandalorian season 2. The other plot takes place in the past. Jon Favreau chose to narrate the character’s reconstruction after safely exiting the Sarlacc. Flashback sequences that take place shortly after the events of Return of the Jedi.

That subtle connection between Boba Fett and The Mandalorian

In Episode 3 of The Book of Boba Fett, during one of his flashbacks, the bounty hunter travels to Mos Eisley, one of Tatooine’s largest cities. So viewers can see Boba Fett on his bantha driving into town to meet the Pyke Syndicate. As he passed the entrance to the city, he saw a man putting the heads of stormtroopers on sticks. A way to amplify the homages to the western universe. Since this takes place very shortly after the fall of the Empire, this sequence is a reminder that the galaxies have just been freed from the yoke of Darth Vader. But she also makes a quiet connection to The Mandalorian.

In fact, Din Djarin also goes to Mos Eisley in episode 5 of season one. The famous Mandalorian also comes into contact with this sinister setting and also sees the helmets of the Stormtroopers placed on peaks. As a reminder, the events of The Mandalorian season 1 take place five years after The Book of Boba Fett flashbacks. Suggesting that these helmets therefore remained in place for half a decade, as a form of warning to the Empire’s supporters. The Book of Boba Fett is therefore a good opportunity to explore the events between Return of the Jedi and the first season of The Mandalorian.