This scary theory interferes with our view of My Neighbor Totoro 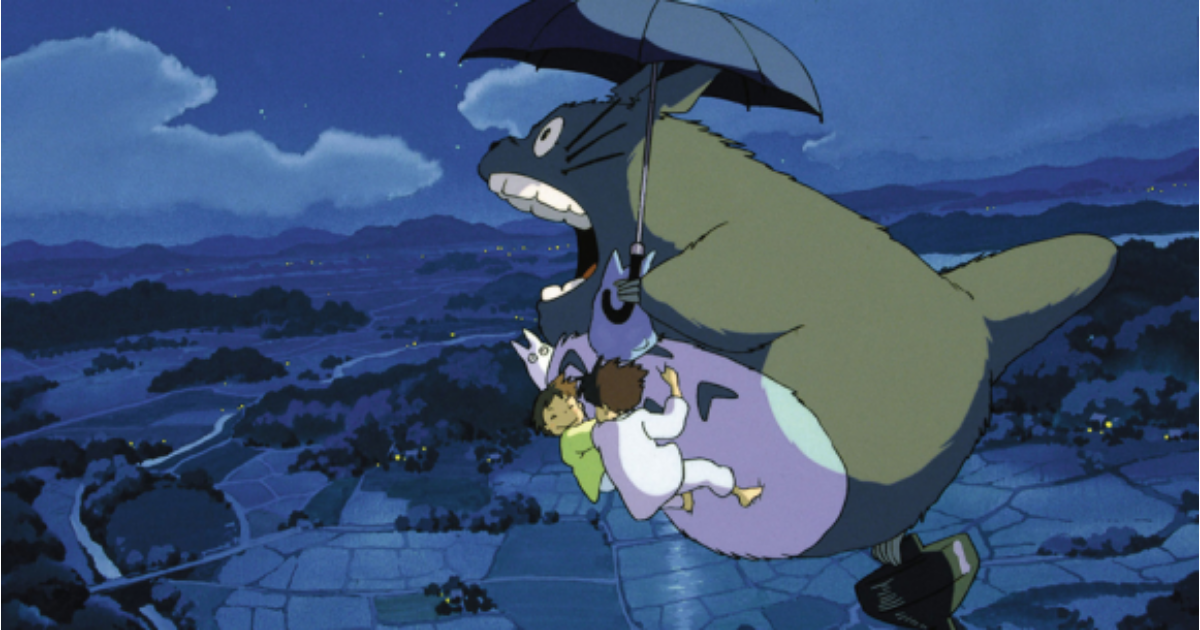 While a few months ago we revealed to you the secret behind the mysterious poster girl who wasn’t present in the animated film My Neighbor Totoro, recently an age-old theory about the Studios Ghibli’s iconic mascot has resurfaced, giving Totoro and the story a much darker dimension, than it appears at first glance.

a classic from a different point of view

My Neighbor Totoro is a Japanese animated film directed by the famous Hayao Miyazaki and produced by the Ghibli studio, released in Japan in 1988. But it will be about ten years before the film arrives in our cinemas and hits its French audience, which conquers young and old alike.

As the film spread around the world, its growing success made it a real reference in animation, making it a recognized classic and considered one of the best animated films of all time. And inevitably with this notoriety, many wanted to understand the work of Miyazaki down to the smallest detail and sometimes came to quite puzzling conclusions.

This is particularly the case with “fellowof,” an Internet user who shared a theory that the character of Totoro is in fact a god of death. In Japanese folklore, people’s ability to see ghosts is a bad omen, which means they will soon die. This therefore implies that the people who can see Totoro are actually near death, or even already dead. According to him, the real story is then much darker because when Mei goes missing and a sandal is found near the pond, the assumption is that it was actually Mei who drowned.

When Satsuki is asked about the sandal, she cannot face reality and lies and says that it is not Mei’s sandal. Satsuki then goes on a desperate search for her sister, summons Totoro and opens the door to the realm of the dead himself. With Totoro’s help, Satsuki reunites with his dead sister and together they go to her mother’s hospital. The only person there who noticed the presence of the two sisters is the mother, who is also close to death. The fact that Satsuki went to find Totoro would then be a metaphor for his suicide. Additionally, some noted that Satsuki and Mei have no shadows in the final scene, which justifies the fact that they are no longer part of the world of the living.

an indication of a sad affair?

That theory doesn’t stop there. There is a famous murder case in Japan, the “Sayama Incident” (the film My Neighbor Totoro is set in the hills of Sayama), in which two sisters were found dead in 1963, the other sisters who saw an apparition of cats before she committed suicide . For this last point, however, it would be more of an urban legend, which has likely been linked to the rumor that Totoro is a god of death to make it more believable. However, others claim to have seen one of the animated film’s catbus stops that read “Path to the Grave”, which means “Path to the Grave”.

Another element that supports the connection between the animated film and the Sayama incident is that the latter occurred in May and that the names of the two sisters in My Neighbor Totoro refer directly to the month of May: Satsuki means “May” in Japanese “. , and Mei is the Japanese pronunciation of “Mai”.

Then there is the “Mayblues” (五月 病 or gogatsubyou) in Japanese, which generally affects new students and new employees, since the “school year” and reintegration begin in April, corresponding to the end of the spring break in Japan. This type of depression is particularly common in people who have difficulty adjusting to a new environment. In My Neighbor Totoro, the family moved to a new area. This can then be interpreted as a more general indication of depression.

Totoro’s God of Death theory isn’t new, but it’s not going to be erased anytime soon. While it continued to attract attention and spark online debates, Byoukan Sunday’s site noted that Studio Ghibli had disproved these theories several years ago. He said then:

Everyone, don’t worry. There is absolutely no truth or configuration that Totoro is a god of death or that Mei died in My Neighbor Totoro.

Furthermore, at the end of the film, Studio Ghibli also addressed the problem of the lack of shadow that surrounds both Satsuki and Mei. In fact, those responsible for animating the film had decided that the shadows were not required in this scene. He added, “We really don’t want people to believe this rumor.”

But even if the creators of the work have denied these theories, this new reading gives a new dimension that is certainly darker and more tragic, but just as interesting as the original. It also sheds light on a troubled legal case in post-war Japan by honoring this case which has become a symbol of discrimination against the Burakumin (a Japanese social minority group, descendants of the feudal-era pariah class, social) and which has been economically discriminating for centuries) in Japan. A heavy subject that the Ghibli studios may not want to see in conjunction with their animated film.

This rejected theory then raises the question of the mastery of a work by its author and also of its interpretation by the public. Because once a work is presented to an audience who can then interpret and appropriate it, it escapes its creator to become something bigger, which can then lead to discussions about the different interpretations of the same work and thus offer diversity in reflection.

Limiting the meaning of a work to the sole interpretation of its author therefore means, to a certain extent, a reduction in its meaning and its extent and thus its audience. However, one should not confuse understanding and interpretation and neglect the first in favor of the second. These two criteria are complementary and irreplaceable.