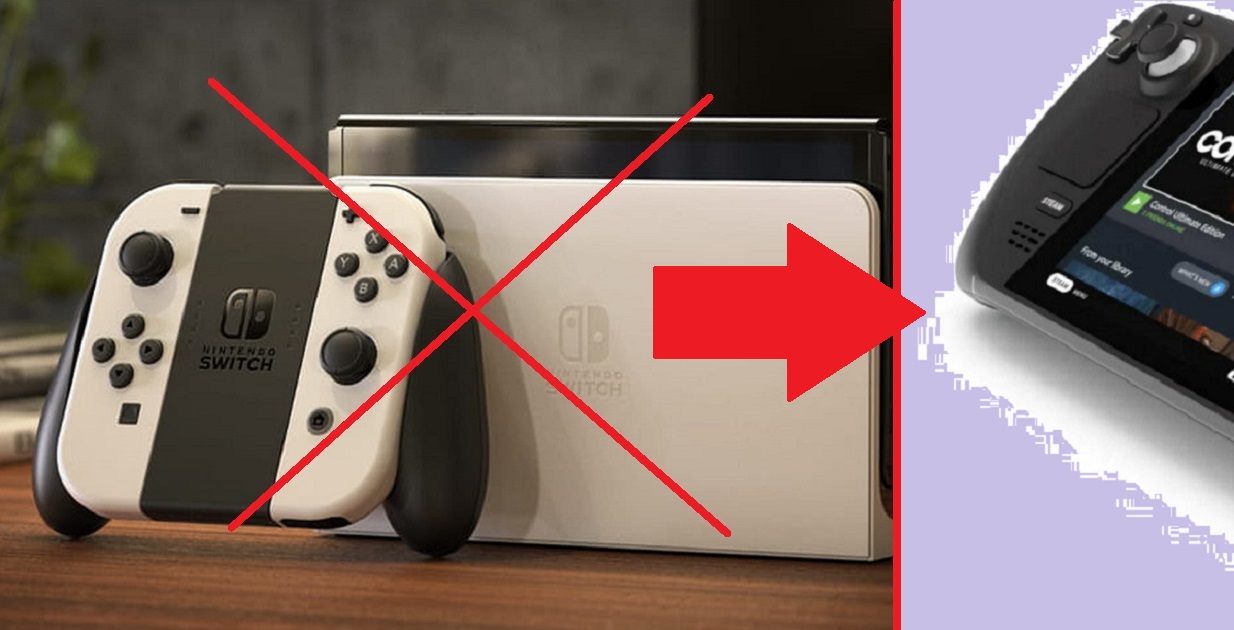 After much rumor about it, Valve is finally formalizing its home console, revealing both the pictures, capacities and the date of commercialization.

Your Steam library in your pocket

What a rich era for console game enthusiasts! While new generation consoles have been the center of the news since the release of the PlayStation 5 and Xbox Series X / S, portable and hybrid consoles are also getting a lot of attention. Nintendo has unveiled the Nintendo Switch OLED, which is more efficient than its predecessor, although correcting one of the console’s biggest flaws apparently isn’t the manufacturer’s priority.

But the Nintendo Switch, the best-selling console of 2020, is likely to cause some concern with the arrival of Valve’s first console: the Steam Deck. So it’s a portable console that allows you to take all the games from your Steam library with you. An attractive offer, to say the least, given the very large number of games offered in the online shop. You can also play in co-op!

When physically similar to its Nintendo competitor, the console appears to display much higher characteristics (some netizens compare it to the Xbox Series S):

According to Valve, the Steam Deck allows you to play the latest Triple-A without any energy problems, which says a lot in view of the great progress in graphics. When we think of the difficult port of The Witcher 3 to Nintendo Switch, we think that the Nintendo console still has a long way to go in terms of graphics.

The console will be available in three different versions:

As for the release date, we will have to wait until December 2021 to be able to use the console. In the meantime, from July 16, 2021 at 7:00 p.m. (French time), Valve will open pre-orders to all Steam users who created an account and purchased a game before June 2021. You will need to pay a deposit that will be deducted from the price of the console that you pay when it is shipped. A strategy to avoid the flaw that Sony has fallen victim to since the PS5 was released.

Of course, the announcement of the console on social networks caused a lot of reactions. While many Internet users seem enthusiastic about the news, other critics still criticize the ergonomics of the console and its high price.

Of course, in the future we have to improve the performance of the console, the gameplay, etc. portable console, that’s 2/3 enough for me

Steam has a lot planned, can’t wait to see what it brings #Steam pic.twitter.com/HDJJyO3AcN

I don’t know if you know your Ultimate PC Gamepass is compatible, in addition to your entire library and all of your PC games …

We’re not going to lie to each other, I’m really a big iencli, but I admit that I dream a little when I carry my steam library in my pocket

I don’t believe in its success, but the fact that the machine has the entire Steam catalog is a good argument in itself.

I don’t know how the public pc can react to this console.

Ok well, I don’t have to be the only one who finds the Steam console relatively expensive, even for a portable console pic.twitter.com/kGDoU4UrdW

“Bem Bom”: When Doce “Told Women They Could Be Who They Wanted”

Promo on this super fast external SSD from Crucial