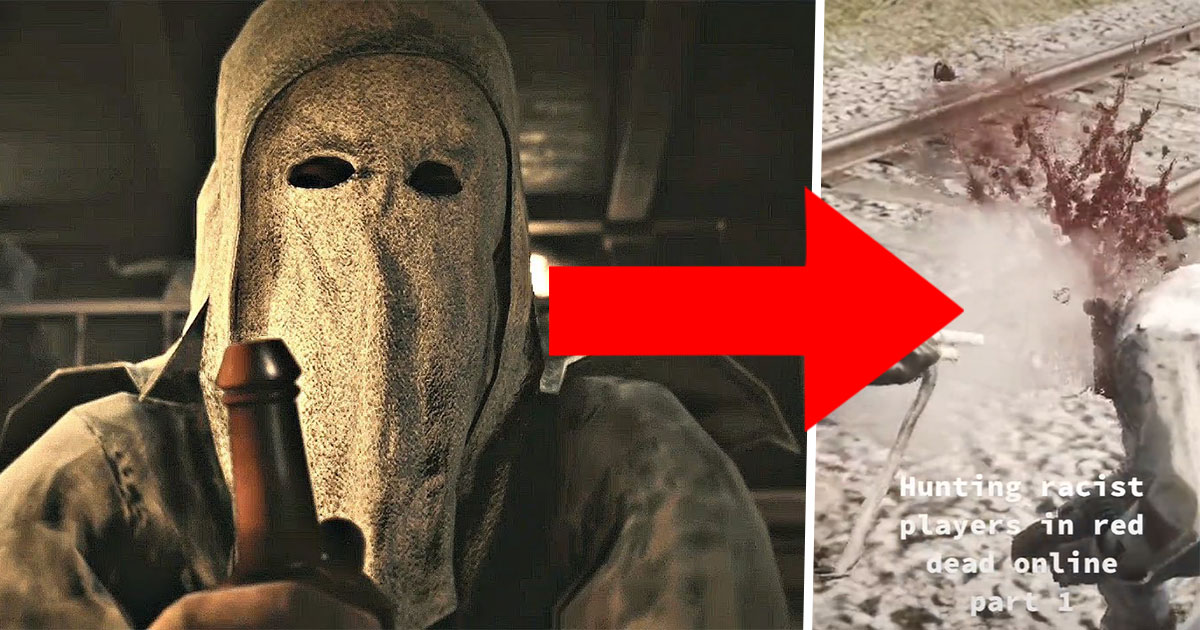 As Rockstar turns its attention to GTA V and its online mode, natural escape lovers can travel through the sometimes green, sometimes desolate lands of Red Dead Redemption 2, scroll up and down and across. But like any popular online game, Red Dead Online has a fair share of racist gamblers. One gamer has decided to root them out to the last by sharing his hunt on video.

In Red Dead Online, players can work in tandem to overcome challenges together or simply kill each other. In addition, groups meet to hunt together, animals or people. And of course, anyone who says online gambling is bound to say racist gamblers. And in Red Dead Online they don’t hesitate to push the boundaries of the respectable by trying to reproduce the meetings of the Ku Klux Klan, a terrorist secret society of white supremacy that took place in the late 19th and early 19th centuries .

Dressed all in white, these players mainly attack the colored characters who they hesitate to capture or murder with the help of their lassos as soon as the opportunity presents itself. Obviously the pointed hats, famous award of the KKK, are present on this occasion. With this surge in KKK membership in Red Dead Online, one gamer decided to take matters into their own hands. Your name Yuhboi. With his 3 million likes and one hundred thousand followers, the videographer continues to share his vocation, namely to spoil the meetings of his all-white-clad players before freeing the players or NPCs under their yoke.

His video series, soberly called “The Hunt for Racist Players in Red Dead Online”, is already in its 16th episode. Videos posted on Tik Tok that accumulate between tens of thousands of views and hundreds of thousands of views. The first videos in his series were particularly enthusiastic: the first three were viewed more than 7.3 million times. Still, it seems very likely that these videos are staged. Enemies never fight back, the NPC is usually the same and racist players luckily find themselves near cliffs or explosive devices.

Although these videos appear staged, there is racism in Red Dead Online. Between the “real” players disguised as members of the KKK, those who drag black NPCs by calling them monkeys, and the groups who drop out with the aim of exterminating all colored people, the cases of racism are confirmed there, but not necessarily as present as the videos suggest. In any case, Yuhboi doesn’t seem ready to end his series, with a 17th episode already underway. He also invites those who want to discover him to follow him on Tik Tok.