This player shares his unstoppable technique to humiliate the Lynels 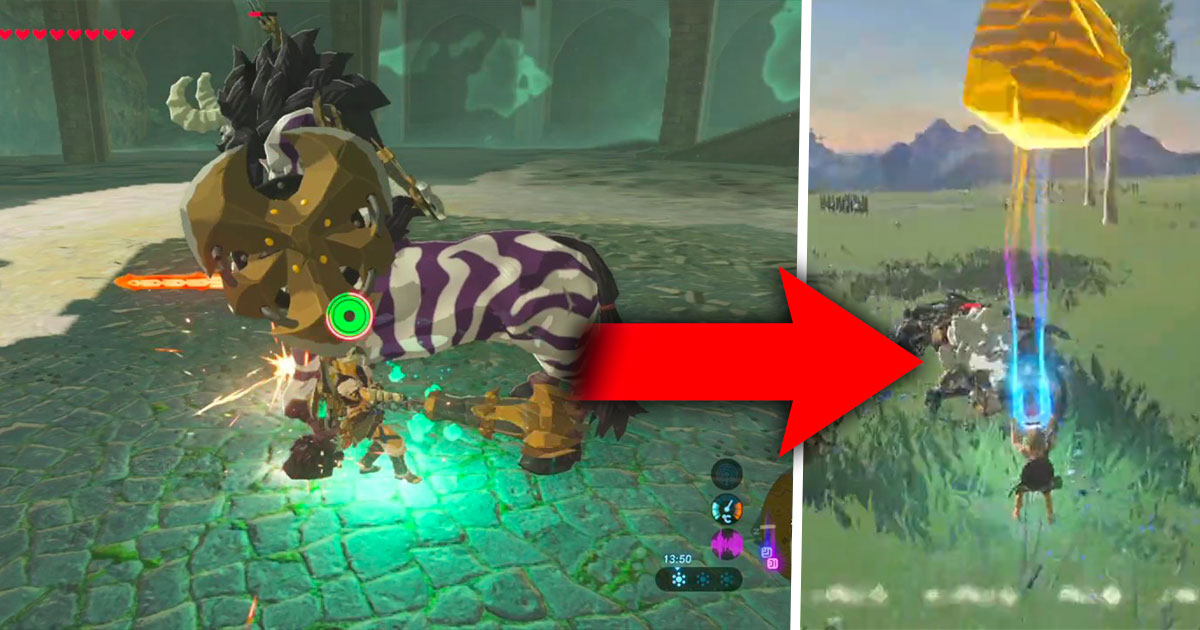 While many fans waited to learn more about this long-awaited Breath of the Wild 2 at the last Nintendo Direct, many are lingering on the first installment. A title that left its mark on memories thanks to its many possibilities and innovative gameplay.

a humiliation in the rules of art

Despite the years, The Legend of Zelda: Breath of the Wild remains one of the most popular games for Nintendo Switch. And with good reason: With its huge map and varied game mechanics, the 2017 title always surprises. Packed with details and endowed with a dreamlike universe, Breath of the Wild will continue to be enjoyed, especially thanks to the additional content added through its DLCs. Attempts and additional narrative to further increase the considerable lifespan of the title, which can still be completed very quickly.

The Legend of Zelda: Breath of the Wild seduces above all by its bestiary. Among the most powerful creatures in the game are the Lynels. Extremely powerful, they are all the same possessors of particularly alluring weapons. So a treat for experienced players who can sublimate their arsenal based on Lynel’s weapons with explosive bonuses. Only, over the years, players have proven that experience and talent can be the source of real exploits. Between Sentinels that lumber through the air, then blast off staggering distances, and Hallows that take mere seconds to complete, the biggest players have nothing left to prove.

Despite this, many still roam Hyrule and share their experiences on social media. And lately it’s the player named @satougashi020 who revealed his latest technique to humiliate poor Lynel. As you can see in the video below, the Japanese player only has 3 life hearts, a vulgar bow, a few arrows and a meager shield. Despite this, it is accompanied by a huge block of metal that he can manipulate at will.

# #Breath of the Wild #NintendoSwitch
pic.twitter.com/2k7gNsyItW

With the Polaris module and only 3 arrows, this player eliminates the Lynel in less than 30 seconds and without taking any damage. The technique is simple: shoot him in the head to stun him, then hit him with the metal block. Simply repeat the process three times to defeat the creature and recover the loot. Nevertheless, Satougashi020 wants to make it clear that he did not invent the technology, but only wanted to reproduce it on video.