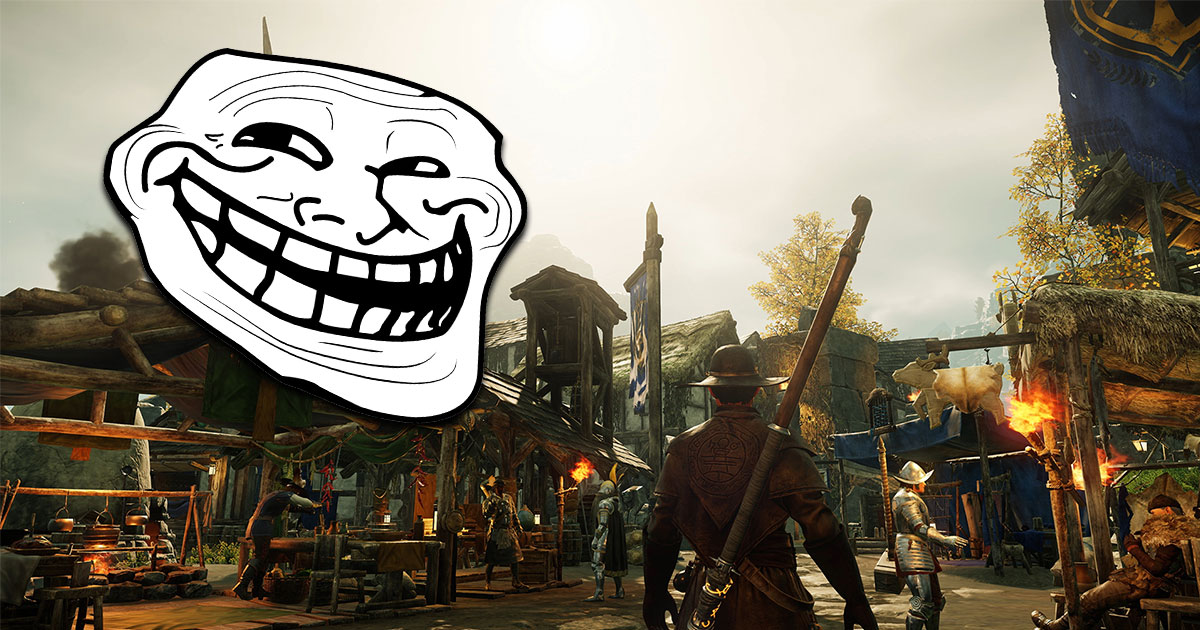 Since July 20th, MMORPG fans can freely explore the countries of New World, a new MMORPG from Amazon Games. A new title that has benefited from a huge buzz for this final test phase before its release in late August. But of course, whoever says new popular game inevitably says troll. And this gamer has armed herself with the best nickname to troll the publisher in legendary fashion.

It’s hard to spend a few hours on the internet without crossing the path of a troll. MMORPGs are no exception to the rule, and despite its brief existence, New World has its own too. Nevertheless, the trolls manage to carry out their actions more or less discreetly and more or less successfully. But on the side of the troll, known on Twitter as @luulubuu, the troll is validated. And for good reason, as Kotaku reports, New World gamers may have been able to see messages from someone named AmazonOfficial on the MMORPG chat:

“Whenever I have the opportunity to name a character as an online ID, I always go to what I think they have overlooked or forbidden and see what is allowed,” she explains to Kotaku via email. “To my surprise, AmazonOfficial and AmazonSupport were still available (as was TwitterOfficial, TwitchSupport and many more).”

At the head of a community of 80,000 people on Twitter, Lulu Chiba rushed to secure one of the nicknames for trolling other players while throwing spikes at Amazon. With her seemingly official nickname, she didn’t fail to troll the e-commerce giant by reminding him of the working conditions of its employees. Messages you may have come across in-game.

was invited to the new world beta and I was able to get the AmazonOfficial name on each server pic.twitter.com/DiJHisc6Zf

July 28th, 2021 “Hey guys, I’m the official Amazon account, did you know that we don’t allow our employees to take toilet breaks? They have to urinate in bottles. They are called potions” “Did you know that your Alexa is constantly collecting your data and listening to you to sell your information to other companies? At Amazon, you are the product. “” Work for Amazon and bring a bottle so Jeffrey can fly into space in a metal penis. I’m the official Amazon account, I’m playing Final Fantasy 14 instead.

A successful troll who was not punished by Amazon. Lulu Chiba does not want to go beyond the beta phase. However, if she likes the game, she could continue her experiment. Answer in the coming months. Amazon now has to keep its player count, while some have already reached the maximum level and are trying to break the limits. Can New World survive alongside World of Warcraft and Final Fantasy XIV? Possible. The cards are now in the hands of Amazon Games.