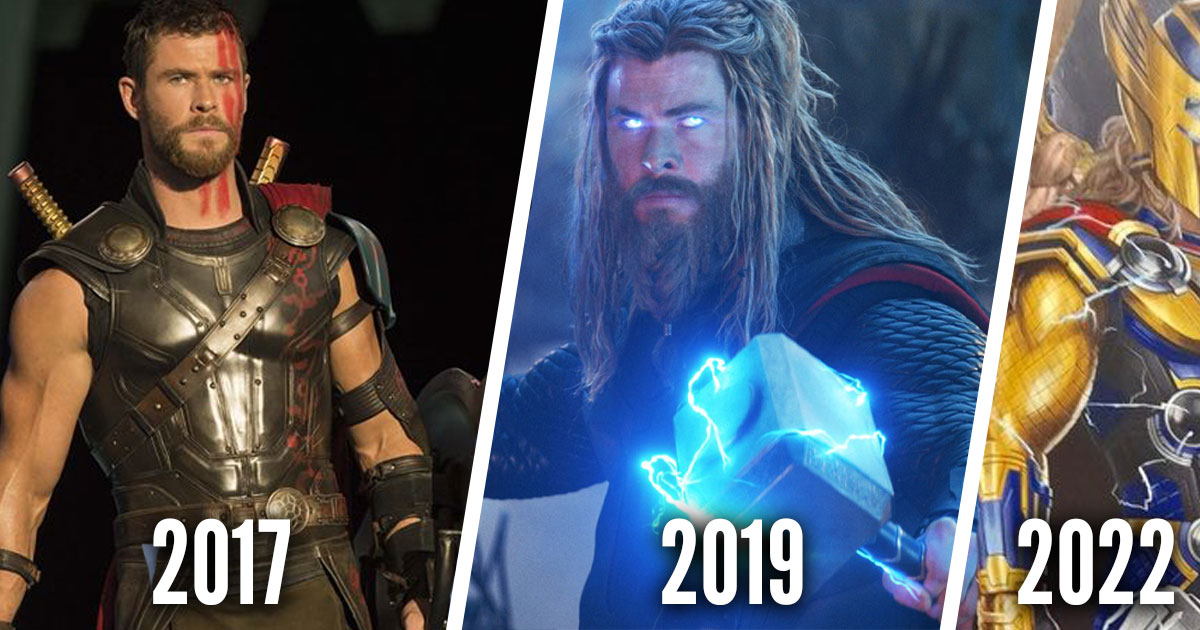 Thor (Chris Hemsworth) will change his appearance again in Thor: Love and Thunder. After his long hair period, then his short hair period after gaining weight in Avengers: Endgame, Thor gets a makeover for the needs of Thor 4. The hero will even change his costume, as this new image suggests. .

Following the success of Thor: Ragnarok (over $ 853 million in box office receipts), filmmaker Taika Waititi is back behind the camera to direct a new episode, Thor: Love and Thunder. A new story centered on Jane Foster, played by Natalie Portman in the first two chapters of the Thor saga. This new installment follows Jason Aaron’s cult comics in which Jane Foster becomes the new goddess of thunder if she is worthy of exalting Mjolnir.

In this arc, Thor loses his powers and changes his name to Odinson. Jane becomes the new Thor, but each of her transformations into an Asgardian goddess accelerates her cancer, which is terminally ill. It’s hard to say right now if Taika Waititi will get close to his protagonist’s cancer, but one thing is for sure, Jane Foster will become the new Thor. In addition to the return of Chris Hemsworth and Natalie Portman, the film will also remember the cast of Guardians of the Galaxy and Tessa Thompson as Valkyrie. The cast is also completed with Russel Crowe as Zeus and Christan Bale as the powerful antagonist Gorr.

A new costume for Thor

A recent billboard just revealed the costumes of Jane Foster and Odinson. Odin’s son wears a new outfit that resembles the combat armor he wore for a while in the Walter Simonson and Sal Buscema comics. Original armor, characterized by excellent gilding and a helmet that is somewhat different from that of the first films. This armor has the peculiarity of being cursed by Hela and enchanted by the sacred runes of Odin. This armor offers its wearer a great protection necessary for Thor, who is weakened in this new opus.

Jane Foster wears more classic armor reminiscent of Thor’s traditional outfit in early MCU episodes. A chance for Marvel Studios to reaffirm that attention will be on the Asgardian god’s former girlfriend. See you on July 13th to discover Thor: Love and Thunder.