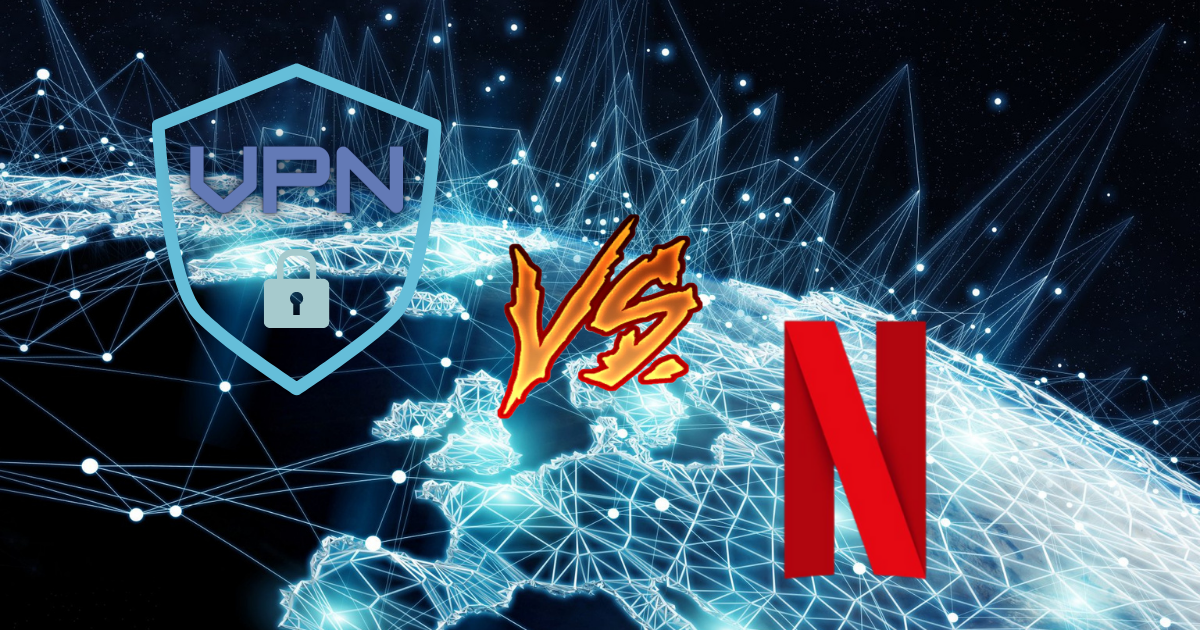 VPN and proxy users have been targeted by Netflix for a while, and this isn’t the first step the platform has taken to contain the phenomenon. But lately the company seems to have stepped up its efforts so that we are already seeing collateral damage.

It has now been over 5 years since Netflix started blocking customers who tried to access its service through a commercial VPN or proxy server. These make it possible not only to improve the confidentiality and security of Internet connections, but also to bypass geographic restrictions by making it appear that the web traffic originates from a specific location.

The changes came after copyright owners repeatedly complained that “pirates” were circumventing Netflix’s geographic restrictions. But the initial VPN bans only fueled the emergence of new services that actively circumvent Netflix’s restrictions.

In fact, VPN services managed to get around these early blocking efforts in a number of ways. Most of them don’t want to give away technical details, of course, but it’s widely accepted that some use private IP addresses as a proxy to make VPN users appear to be subscribers to the Internet Service Provider (FAI).

That cat-and-mouse game has caused some frustration at Netflix headquarters, and in recent days the company appears to have been stepping up its lockdown measures. This is particularly noticeable in the flood of complaints on social networks from VPN users who were suddenly “blocked” by Netflix.

Previously, these people could not access content while using a VPN. That changed last year. Now VPN users can watch original Netflix shows, but the rest of the content is still blocked. And even if you try to access the blocked content directly from a saved url, you get this cute message:

The platform does not explain which IP addresses are being blocked or why, but recent efforts, which are much more important than before, show that this problem continues to be very serious in their eyes.

However, the WeVPN service has found that the recently updated geofencing system is blocking its private IP addresses. These IP addresses are assigned to mainstream ISPs such as AT&T, Comcast, and Verizon. And while it makes sense that Netflix is ​​trying to put an end to these bypasses, a spokesperson for WeVPN noted much greater damage:

The collateral damage is that you have hundreds of thousands of legitimate Netflix subscribers prevented from accessing all of their country’s Netflix catalog from home.

While we can’t yet verify how many people are experiencing these issues, it is clear that the actions taken will affect all subscribers on the platform.

In the past 24 hours alone, there have been numerous reports from people reporting “missing title” issues. And none of these people seem to be using a VPN.

The only thing they have in common is that Netflix only shows them the platform’s original programs on their IP address, which is what is expected when they are labeled as VPN or proxy. A Reddit user managed to get a new IP address from their ISP, which immediately fixed the problem. A solution that was also made available on Twitter for another user, and this time from the platform itself.

@netflix I’m having trouble watching multiple blocked shows (like The Flash) on cellular, but I can watch them on my WiFi. Your system says a VPN or proxy server is running, which I am not. The latest iOS app didn’t fix the problem. #surlepointdeperdreunclient

Hello Raymond, […] If you don’t have a proxy, VPN, or other routing software and you still see this message, contact your ISP. It can determine why your IP address is associated with using a proxy or VPN.

A spokesman for Netflix confirmed that the platform is not banning all content from VPN and proxy services while the original programming remains available. He also said that Netflix is ​​working with those accidentally hit to restore full access to its library.

One may then wonder whether the VPN blocking measures are worth the collateral damage it caused. While Netflix has every right to take action against anyone who circumvents its restrictions, can this really be seen as a solution if it harms customers who don’t even use a VPN? In a context where competition between streaming platforms is getting tougher, this type of incident could have a real impact on levels of user engagement in the future.

a series in preparation for Disney +, but with that big change