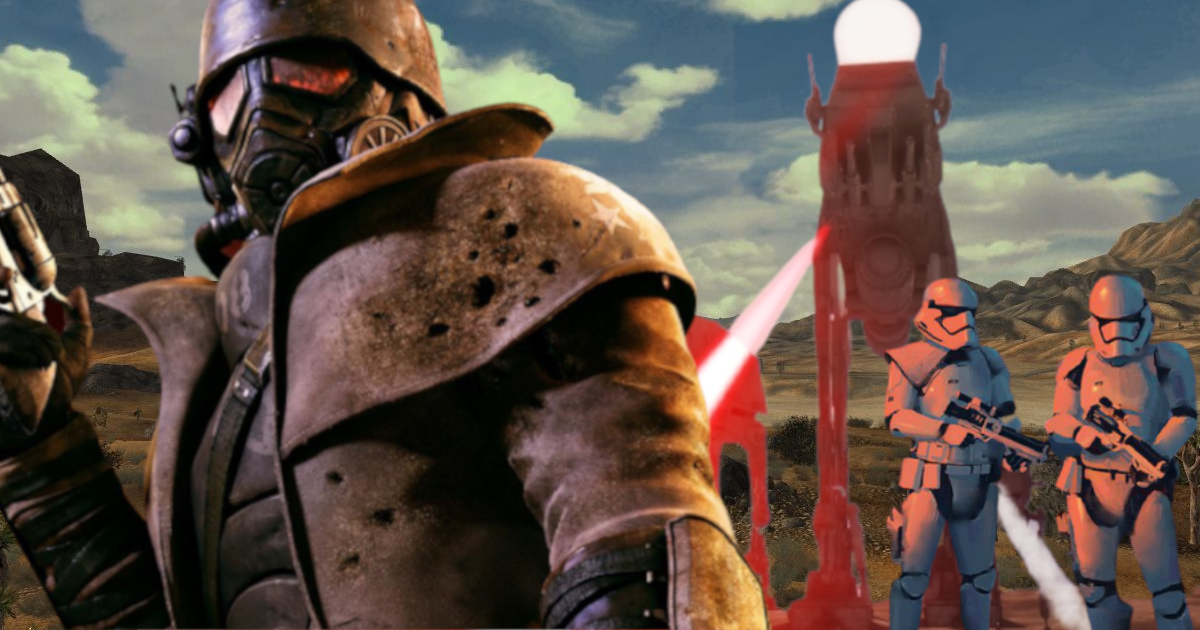 Fallout: New Vegas, an RPG developed by Obsidian Entertainment and released in late 2010, is a sequel to Fallout 2 in which the player is immersed in a post-apocalyptic world as usual. While the studio is working on a secret RPG, two developers and fans of the game are in the process of realizing what they define as a real Star Wars RPG based on Fallout: New Vegas. Dubbed Star Wars Open Worlds, it will undoubtedly take the player to a galaxy far distant and promises to be an anthology mod. We’ll explain all of this to you.

An immersive mod full of details

This mod from Fallout: New Vegas is surprisingly the work of just two developers. The latter promise future players “to begin a compelling story, punctuated by the choices offered” and which “will lead them to different planets of the Star Wars universe in the first years of the Galactic Empire”. We find 12 explorable planets, 4 possible paths (dark side, light side, neutrality and sandbox mode, which offer complete freedom), a fully customizable main character and a skill system specific to RPGs.

And it doesn’t stop there: you can add the ability to craft items with previously collected resources, the presence of factions, side quests, bounty hunts and a collection of weapons. The list is not complete. Players start out as prisoners of the Empire and must free themselves before they can choose their own path.

a word from the developers

As explained by the developers, the dimension of choice will be crucial:

The path you take will affect the direction of the story, its conclusion, and the partners available to you. The player can customize their character at the beginning of the game with the help of a detailed customization tool. Choose your race, name, and many facial features to create a character that is unique to you. Since it is an RPG, the player can also choose from many skills that they want to update and unlock over time.

The least we can say is that this mod is particularly attractive. Real cross between Star Wars: Knights Of The Old Republic and Fallout: New Vegas, it will surely delight fans of both licenses. It is currently still under development and you can keep updated on the progress by visiting the developer page here.