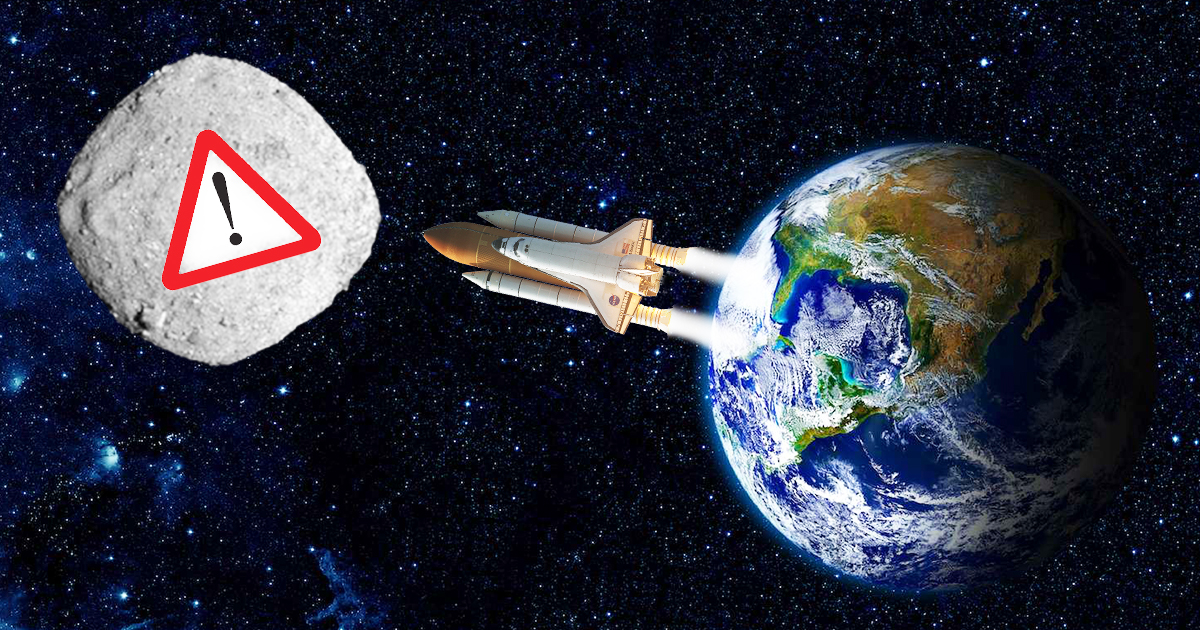 We just learned that NASA finally completed a mission which was to take all possible steps to prevent an asteroid from hitting Earth in the future. We come back here to this very special mission.

The OSIRIS-REx mission and the asteroid Benou

OSIRIS-REx (an acronym for “Origins-Spectral Interpretation-Resource Identification-Security-Regolith Explorer”) is a NASA mission aimed at examining the asteroid Benou and returning a sample of it to Earth. Launched on September 8, 2016 by an Atlas V 411 rocket, OSIRIS-REx spent two years studying Bénou, one of the two most potentially dangerous known asteroids in the solar system. These close-ups have improved our understanding of the asteroid’s future orbit, “which has reduced uncertainty about the risk of collision for centuries to come,” according to a NASA statement in Icarus magazine yesterday.

In 2135, Bénou will actually approach Earth. The chances of the asteroid hitting us are slim, but it’s important to keep monitoring it to make sure its orbit doesn’t change over time. During the narrow passage from Bénou to Earth (in the future) the asteroid will not pose a threat at first, but it will unfortunately pass through certain “gravitational keyholes”, areas of space that change its trajectory to Earth when it crosses them at certain times the gravitational pull of the earth.

Little chance of being hit, but NASA is watching

According to early NASA estimates, the most likely date for an impact in the event of an impact would be September 24, 2182. This is obviously a very small risk, but NASA continues to monitor it. According to the study published yesterday, NASA, and in particular its lead author Davide Farnocchia from the Center for Near-Earth Object Studies (CNEOS), said on the subject:

OSIRIS-REx data give us so much more precise information that we can test the limits of our models and calculate Benou’s future trajectory up to 2135 with a very high degree of certainty. We have never modeled the trajectory of an asteroid with such precision.

A success for the OSIRIS REx mission

NASA’s OSIRIS-REx mission to explore the asteroid Bénou was a great success. The spacecraft went into orbit around the asteroid, landed, and collected samples for delivery to Earth. This mission is of great importance because it helps us understand the distant past of the solar system, but also the potential future of our planet should Bénou one day come upon us. Kelly Fast, director of NASA’s Near-Earth Object Observation Program, said:

NASA’s planetary defense mission is to find and monitor asteroids and comets that are approaching Earth and that could pose a threat to our planet. We conduct this endeavor through continuous astronomical surveys that collect data to discover previously unknown objects and refine our orbital models for those objects. The OSIRIS-REx mission provided an exceptional opportunity to refine and test these models and to help us better predict where Bénou will be when it approaches Earth in more than a century.

Besides, don’t worry too much. If Bénou gets too close to our beautiful planet, certain plans have already been developed upstream to move it away from its original trajectory. The United States and China have indeed been considering ways to slowly move the asteroid away from Earth by hitting it with missiles. Only future generations will see with their own eyes whether it will be necessary to reach such an end in order to reject Bénou. Don’t hesitate to watch the video released by NASA for more information on this mission:

And if you’re interested in NASA’s missions, we recommend reading our previous article on how NASA could pay you to live in a Mars apartment replacement for a year.

We already know when the new season of “The Witcher” starts