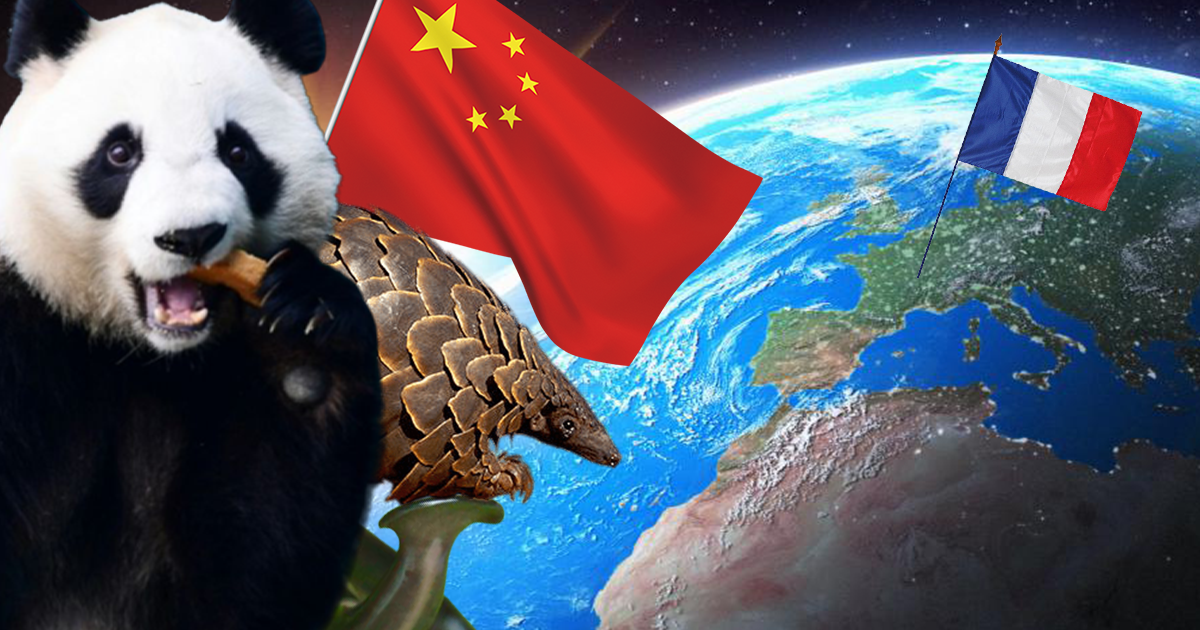 A new animal species, coming straight from China, has been invading France for some time and is a major disaster for our ecosystems. We’re taking stock of these strange creatures that seem to come from somewhere else.

Hammerhead flatworms not only look like extraterrestrials, they often behave like aliens and spread as an invasive species around the world, especially in some of our French regions. However, recent analysis has shown that two new species of hammerworm have been identified in Europe and Africa.

One may wonder how an organism without arms, legs, or a means of locomotion could spread with such force, but the answer is quite simple: the plant trade. These nomads hid in plants that were shipped overseas and then propagated to populate other regions.

One of the two newly discovered species was also dubbed Humbertium covidum, not only to commemorate the speed at which the epidemic was spreading, but also “in homage to the many victims of the COVID-19 pandemic around the world.” This new species of hammerhead flatworm is unusual in that it is metallic black in color across its entire surface. It has been spotted sneaking into gardens in France and Italy, and the species is already described as invasive. This is how it looks exactly:

The second species discovered is Diversibipalium mayottensis, a hammerhead flatworm barely 30 millimeters long. It is recognizable by its iridescent green-blue color with brown speckles. So far this species has only been discovered on the island of Mayotte and probably migrated from Madagascar.

Two species of hammerhead flatworm that are dangerous to the ecosystem

You might think it’s not the little beast that eats the big one, but in this particular case, the little beast could cause big trouble for the big one. Tapeworms (which can grow enormous) actually have a remarkably detrimental impact on the ecosystems they invade. They like to feed on animals found in or on the soil, such as nudibranchs, snails, and other earthworms. The extinction of these other species has catastrophic effects on the ecology of the soil, which then stops growing.

Jean-Lou Justine, researcher, recently said about the impassability of this new species:

If it still does not seem to be very present in France, the situation in Italy would be different: we have therefore found several hundred individuals in a single garden!

The result is worrying data for our gardens and a small worm that we will need to watch closely for months and years to come.

Also, if you’re interested in this type of subject, know that we now have evidence that animal life appeared on Earth much earlier than we thought.