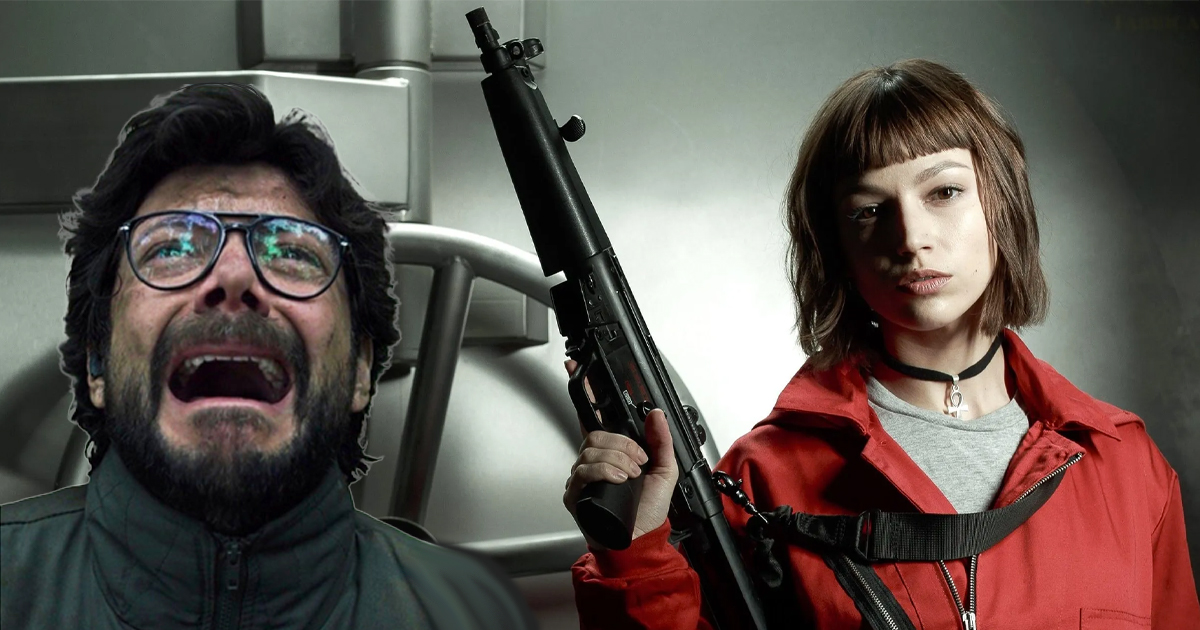 The Spanish series La Casa de Papel was a huge hit when it was released in 2017, and its notoriety exploded when it hit Netflix. While Season 5 will soon land on the streaming platform, the actress who plays Tokyo confided in FilmsActu to the media in an interview.

Season 5 will be the last

In less than two weeks, Netflix will offer the fifth season of La Casa de Papel, which is divided into two volumes of five episodes each. The first will be available from September 3rd, while the second will be released on December 3rd, 2021.

So season 5 will consist of 10 episodes that conclude the adventures of the professors and his team of masked robbers.

La Casa de Papel tells the story of a mysterious man nicknamed Professor who plans the best heist ever made. To implement his plan, he recruits eight of the best criminals in Spain who have nothing to lose. The aim is to infiltrate the national currency and stamp factory in order to be able to print 2.4 billion euros in small denominations of 50 euros and that in less than eleven days, all without sacrifice.

Series creator Álex Pina has stated there won’t be a season 6, but a spin-off could potentially see the light of day.

Úrsula Corberó emotionally about the end of the series

On the occasion of the release of the film Snake Eyes, the spin-off from GI Joe, the media FilmsActu had the opportunity to hold an interview with Úrsula Corberó. And the media took the opportunity to ask the interpreter from Tokyo questions about the last season of La Casa de Papel.

When asked if her physical training for La Casa de Papel was used for her role in Snake Eyes, the actress’s answer is quite surprising:

“No. Under no circumstance. Can you believe it When I got to the set on the first day, I was the guy who went nuts: “I’m from La Casa de Papel. I can do everything. ”Was completely wrong. On the fourth day I could no longer walk. As if I had been hit by a truck. But I love to play badly. It is so much fun.”

The actress also revealed her reaction when she found out about the end of season five of La Casa de Papel. The 32-year-old actress said she was in tears upon discovering the end of the series.

“I cried when I read the end of La Casa De Papel.” That’s all you could ask for. It’s too easy to make me cry, however. I am a mourner. I cry all the time for everything I am very sensible.”

A statement that should reassure fans of the series or leave them in total doubt. To get your own picture, you’ll have to wait until September 3rd to see the first part of Season 5.

Later that year, you can reunite with Úrsula Corberó in the action thriller Snake Eyes. Note that the film’s initial release was scheduled for August 18, 2021, but was eventually postponed to a later date. If you liked La Casa de Papel, you will surely discover the new project from the creators of the series.