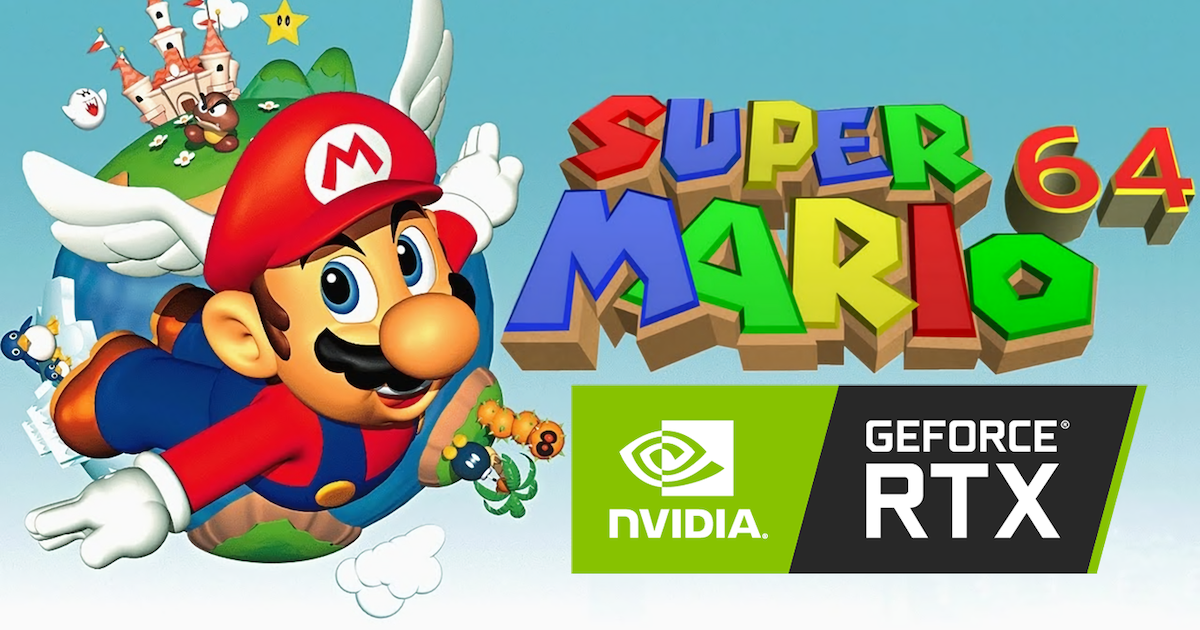 If we have to quote an iconic Nintendo 64 game, Super Mario 64 comes first for most gamers. The game, released in 1997, is timeless and even today, in 2021, the title Nintendo still speaks. With the introduction of new graphics cards, some are harnessing the power of GPUs to give a second youth to the games that rocked our youth. Such is the case with this Youtubeur, Dario, who decided to start a new port of Super Mario 64 on PC by adding a technology used in next generation consoles such as the PlayStation 5 and Xbox Series X. .

A next generation Super Mario 64

Via a mod, SM64RT, this new port from Super Mario 64 on PC benefits from ray tracing, which offers a new way of working with light in video games. This computer optics calculation technique simulates the reverse light path. Hence, the lights are calculated from the camera to the objects and then to the lights. A process that contradicts what is happening in reality as the light reaches the eye from the stage.

If the ports of Super Mario 64 on PC have been multiplying for some time with the addition of new features such as 60 FPS, this port gives this classic Nintendo 64 a much more realistic light.

The author of this mod used the game’s source code that was leaked last year. Thanks to ray tracing, the graphics are more colorful and give us an even nicer game with reflection and shadow effects. The refraction is just extraordinary, especially when you play as Metal Mario.

We let you discover the result in the video below.

A fourth interesting free game is available for some players