The Courier
HomeWorldThis mod is by far the most absurd one anyone has ever...
World 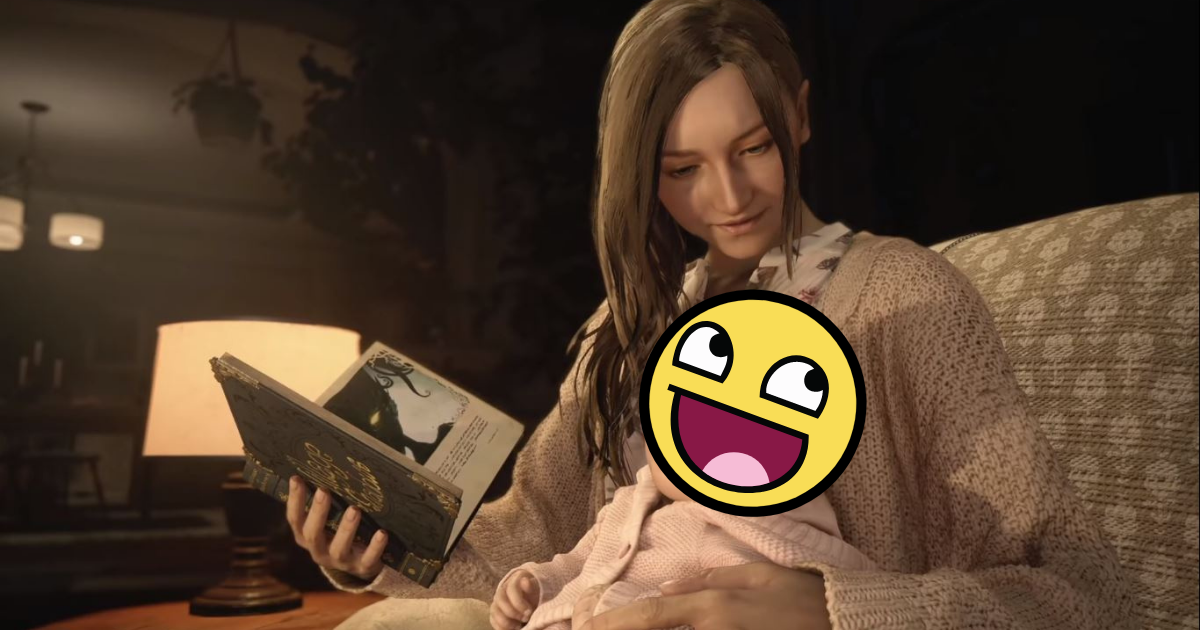 Resident Evil Village has been on sale for a few days and is getting a lot of attention. Whether it’s the particularly scary Gothic atmosphere, the charisma of the game’s big monsters, or the poignant twists and turns of the family background, the game is a terrifying hit. Unfortunately (or fortunately, depending on your point of view) the fan community is already going to their hearts’ content to make the content quirkier.

From tears of fear to tears of laughter

Much of the plot of this Resident Evil Village is based on personal drama. The result will be quite an adventure saving Rosemary, the adorable newborn from main character Ethan Winters, and his wife Mia.

The goal is even more poignant when we see how adorable this baby is:

Unfortunately, a little Joker decided to sweep away the entire emotional aspect of the game with a particularly absurd mod. Rosemary’s face cannot be replaced by anything other than Chris Redfield’s! A mod that no one expected, but which now seems obvious … Well … we assume.

This mini Chris Redfield is too cute

To say the least, the gruff BSAA agent literally responsible for all of the hero’s troubles looks adorable in a pink bib.

This, of course, makes the bond between Rosemary and her parents a lot less healthy. In contrast, the result is funnier … if a little terrifying.

So you can read Chris the story of the Village of Shadows, take him for a great sleep when he’s too tired, rock him, or better yet: free him from the clutches of his kidnapper who turns out to be himself (yes, it gets complicated, this story).

We will let you find out what the result will be, pay attention to your eyes:

For your information, this mod was developed by a user nicknamed JTegh who went out of his way to do everything: whether it was integrations or facial animations.

Everything was done to make the result appear credible. On the download page, the Joker presents its project as follows:

It was a stupid joke that crossed my mind so I had to do it. The baby has facial animations compatible with the Mini Chris. Some aspects may seem a little strange. But that’s just a 10-second joke, isn’t it?

A Capcom source told me that this was how they originally imagined the game, and that was why Chris had come to Ethan and Mia’s home. Unfortunately, they were afraid of getting into legal trouble with whoever owns the rights to Austin Powers and gave up on the idea. (It’s not a lie that I even made up)

As you noticed, the user is not lacking in humor.

For outdated games like The Elder Scrolls V or The Witcher with an enormous lifespan, it makes sense that crazy mods see the light of day on a regular basis. However, it’s fun to see that in this case, only a few days separate the release of the game from the implementation of this mod.

It is clear that there really are no limits to the creativity of gamers and developers. The same goes for their determination!