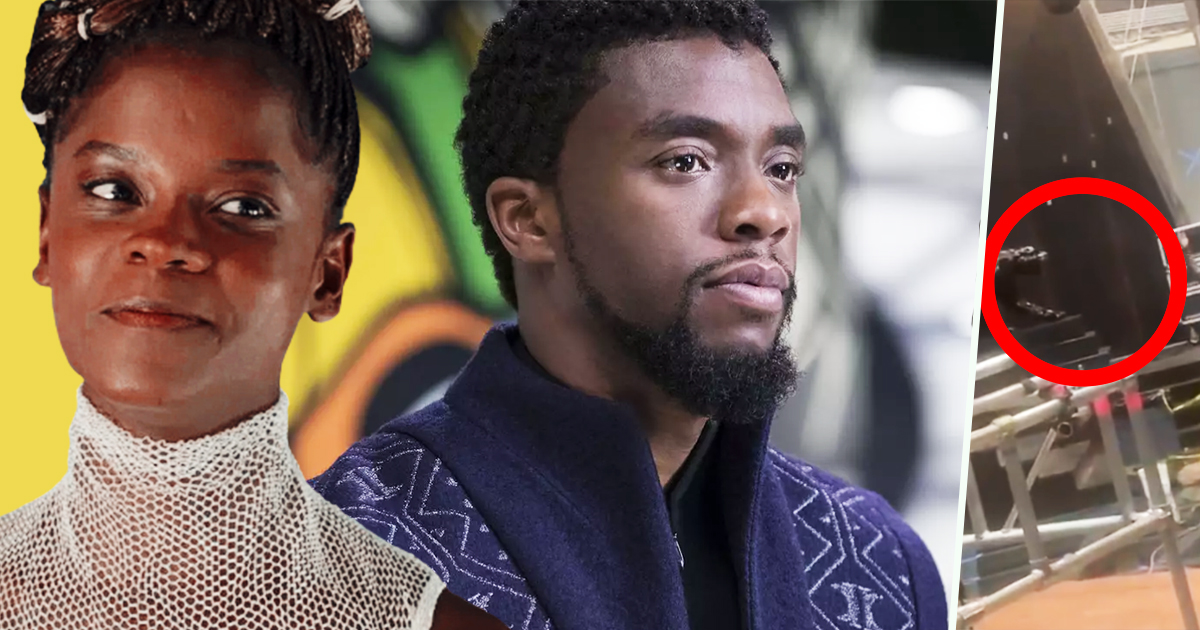 The film Black Panther 2 has been subject to many theories on behalf of the whole world since the death of Chadwick Boseman. However, nothing seems to filter the scenario of the film. The actors working on the project have only one idea: to pay homage in the most beautiful way to their former colleague and friend who passed away much too early. However, today an initial video of the shooting was leaked, pointing us to a specific element of the Black Panther 2 movie.

Earlier this year, Marvel CEO Kevin Feige said Black Panther 2 will explore the world of Wakanda at an unprecedented level. Black Panther 2 should therefore reveal some fascinating new facets of the country to us and could even pave the way for the future Disney + series around Wakanda, which is currently in preparation.

The main question that remains unanswered is: How will T’Challa be replaced? And by whom? We have already devoted several articles to this topic, and at the moment the privileged track is the one that makes Shuri take the torch, as Marvel categorically refuses to build a digital double (thanks to the CGIs) and thus sticks to the wishes of fans. In this regard, a leaked video could be important.

A video that gives us an overview of the following

The very first video leaked of the filming of Black Panther 2 reveals a setting that corresponds to the Wakandan throne room we see in the first film:

BREAKING: The first look behind the scenes of BLACK PANTHER: WAKANDA FOREVER has appeared online!

The video gives us a close look at one of the movie sets as it is being built.

Even if it’s only a matter of seconds, this leaked video can be quite unique as Marvel movie sets have always been kept under wraps. So there is little chance that we will get such an insight again in the future. So what should you make of this video? This is first and foremost proof that the filming of Black Panther 2 is in full swing, but not only. The video reveals a central element of the upcoming film: The Throne Room is certainly a top location with the scene that all fans have been waiting for and in which Shuri is supposed to become the protector of Wakanda.

This is certainly a leaked video shared by coolfreetv, but given the efforts Marvel is making to protect its privacy, isn’t this a video that should be “leaked”? It could be a way to reassure viewers and let them know that the handover scene will actually be the central scene of the Black Panther 2 movie.

Additionally, the post’s author may have been geotagged so we know that the film Black Panther 2 is currently being shot on the premises of Tyler Perry Studios, a production studio in Atlanta, Georgia. And you by your side, how do you imagine the handover scene in Black Panther 2? How will the characters of Black Panther of T’Challa say goodbye? What will be the reason for this farewell? Don’t hesitate to share with us all of your theories on the subject in our comments section. we will be happy to read it. And if you want to remember the moving tribute Letitia Wright (aka Shuri in Black Panther) created for her friend, you can find it here.