This leak announces the presence of other iconic Marvel characters 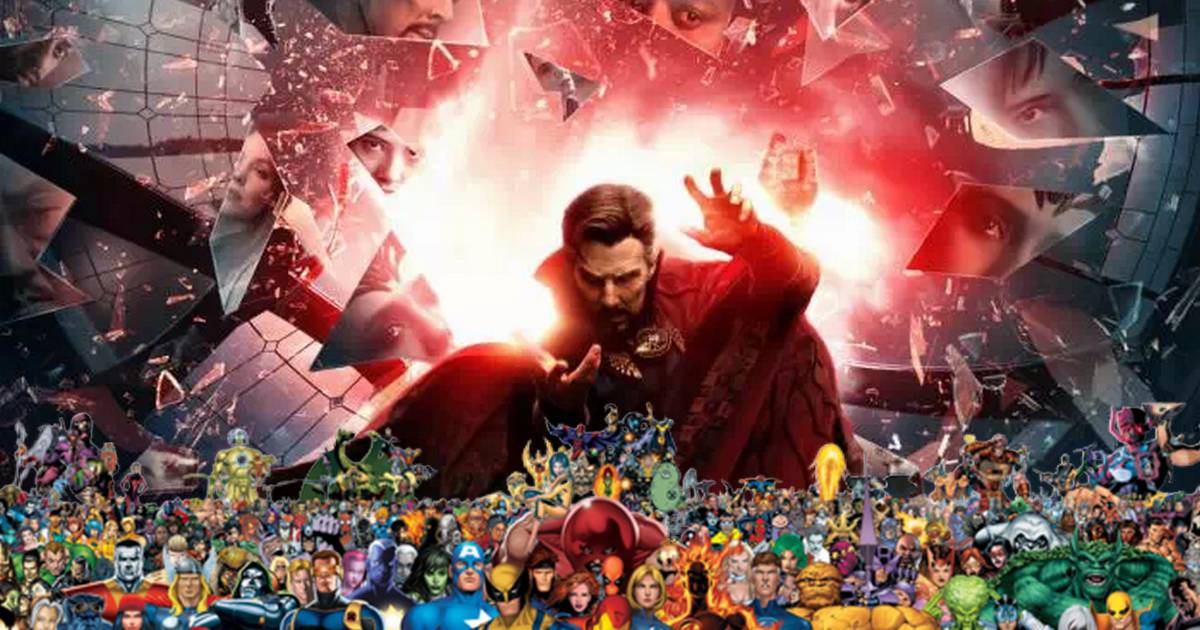 Doctor Strange in the Multiverse of Madness is coming soon! This is possibly one of the most anticipated films in Marvel history. After numerous production delays, the film has finally started its first public test sessions. And one of them had his tongue hanging out a bit, to the detriment of the sacrosanct spoiler.

Last week was the Super Bowl. With this intimidating American sporting event came a series of trailers, each more amazing than the last. Among them many awaited films and series, such as that of Lord of the Rings: The Rings of Power or that of the next Doctor Strange in the multiverse of madness. If you missed it or want all the information about it, we offer you a catch-up article so that you don’t miss any of the (very) many details that are hidden in it. Barely a week has passed, and netizens have already dissected the tiniest second of it.

Taking to Twitter, an insider shared plenty of spoilers regarding the film’s casting. Of course, among the characters already present and confirmed, we have Stephen Strange and his variant Sinister Strange, Wong, Wanda Maximoff and Mordo. We know from the Super Bowl trailer that Professor Xavier from the X-Men and a variant of Captain Marvel will also be present. Also very well-founded rumors estimated that Tony Stark could return in the form of a variant and be embodied by an already cult actor. The MyTimeToShineHello insider adds the following list to the cast, with the actors for some:

Don’t read if you don’t want spoilers for #MultiverseOfMadness

Marvel: A Beautiful Band of Heroes!

In another tweet, the insider also revealed Deadpool’s presence at the casting. But the latter’s actor, Ryan Reynolds, refuted this theory. While we’ve known since Spider-Man: No Way Home that it doesn’t mean anything… If even half of the information revealed by MyTimeToShineHello is true, it bodes well for Marvel. For the first time, we’ll be introducing two characters from the What If…? with the Sinister Strange variant BUT also featuring Captain Carter and two characters straight from the latest X-Men movies with Professor Xavier played by his favorite actor Patrick Stewart and possibly Magneto.

2 More (Spoilers for #MultiverseOfMadness below)

Deadpool (and MAYBE some of his friends)
Iron *something* variant

It is as far as I know

Deadpool (and MAYBE some of his friends)

That’s about all I know

Surprisingly, with Mr. Fantastic and Flèche Noire (Black Bolt), we would have two characters from the Fantastic 4 universe. The first is a member of Marvel’s legendary quartet, the second is a minor character who appeared very early in 1965 and represents the Inhumans. An alien race like the Eternals. But if these were first created by the Celestials, it is the Krees who are responsible for creating the Inhumans. It’s also amusing to note that in certain Marvel canons, Black Arrow is Wanda Maximoff’s uncle… Although the likelihood of this appearing in the Doctor Strange in the Multiverse of Madness movie is very slim, we can see the irony, that all characters in the cast are – closely or distantly – connected to the character of Wanda.