The Courier
HomeTechnologyThis is how season 3 could begin after the events of The...
Technology 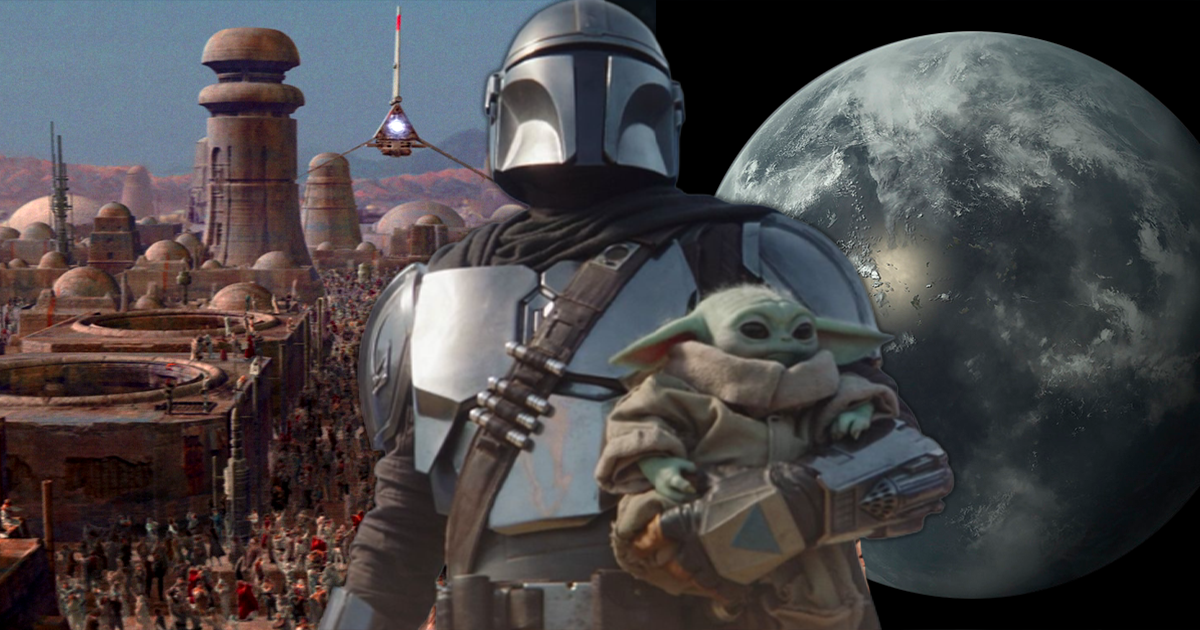 Fans of The Mandalorian have followed with great interest the ending of The Book of Boba Fett, which is believed to be Season 2.5 of The Mandalorian. We propose today to rely on said ending to guess where Mando and Grogu are going now.

WARNING: This article contains spoilers for Episode 7 of The Book of Boba Fett. Don’t read any further if you don’t want to read it.

The end of the Boba Fett book

The Book of Boba Fett ends with a reunion between Din Djarin and Grogu leaving Tatooine together, setting the stage for Season 3 of The Mandalorian.

We didn’t see the choice Grogu made with Luke, but we did see its immediate “impact” as Grogu would have chosen to abandon his Jedi training to join Din Djarin in his brand new adventures (unless Luken eventually accepted that Grogu chooses both, a theory developed in our previous article). In Episode 7, Mando and Grogu leave Tatooine aboard Mando’s new Starfighter N-1, with Grogu asking Mando to speed up just for fun. With the Pykes Syndicate finally eliminated and Boba Fett’s reign no longer in jeopardy, Mando and Grogu are free to go anywhere in Season 3 of The Mandalorian. It remains to be seen which path Mando will take and we offer you the different options in this article.

Where do Din Djarin and Grogu go after the end of Boba Fett’s book?

In Episode 7 of The Book of Boba Fett, Din Djarin wraps up his work with Boba Fett: he has kept his promise to secure him victory at Mos Espa. It wouldn’t be surprising if Mando now seeks redemption to be welcomed back into the Brotherhood of Mandalorians.

However, this will not be an easy task as “the living waters under the mines of Mandalore” have been destroyed and the Armorer has refused to give Din Djarin an alternative to this solution (ending their discussion with “That’s the way”). . The Mandalorian purge of the Empire has left Din Djarin’s planet in ruins, but Din Djarin may still attempt to reach Mandalore in hopes of redemption.

Bet on a training center for Grogu

Since Grogu is a former Padawan and Mando is the Darksaber’s owner, it wouldn’t be surprising if Mando taught Grogu how to use the Darksaber. Grogu could thereby become the second Mandalorian Jedi after Tarre Vizsla (since we don’t know at the moment, keep in mind whether Grogu really left Luke or not). Furthermore, in The Book of Boba Fett, the armourer Bo-Katan Kryze blames for the night of 1000 tears of blood: “If the darksaber is not won in battle and falls into the hands of an unworthy one, it will be a bane on the nation . Mandalore will be laid waste and its people will be scattered to the four winds.”

In Season 2 of The Mandalorian, Bo-Katan makes it clear how badly she wants the Darksaber, but refuses to take it from Mando, insisting she must earn it in battle. This saber will most likely play an important role in Season 3 of The Mandalorian, bringing Mando and Bo-Katan together. It would also offer a new perspective for Mando, who could take his helmet off again and give up his creed forever. This event would provide a good parallel with the development of Grogu, who is neither a full-fledged Jedi nor a Mandalorian. Perhaps, much like Boba Fett, alongside Grogu in season 3 of The Mandalorian, Mando will be “a simple man carving his way across the galaxy”.

And you, what do you think? How do you think The Mandalorian season 3 will begin? We’ll let you answer this question via our comments section. And in case you didn’t know, the last episode of The Book of Boba Fett didn’t really have unanimous support, and fans notably attacked Robert Rodriguez, the director of that episode, on Twitter.