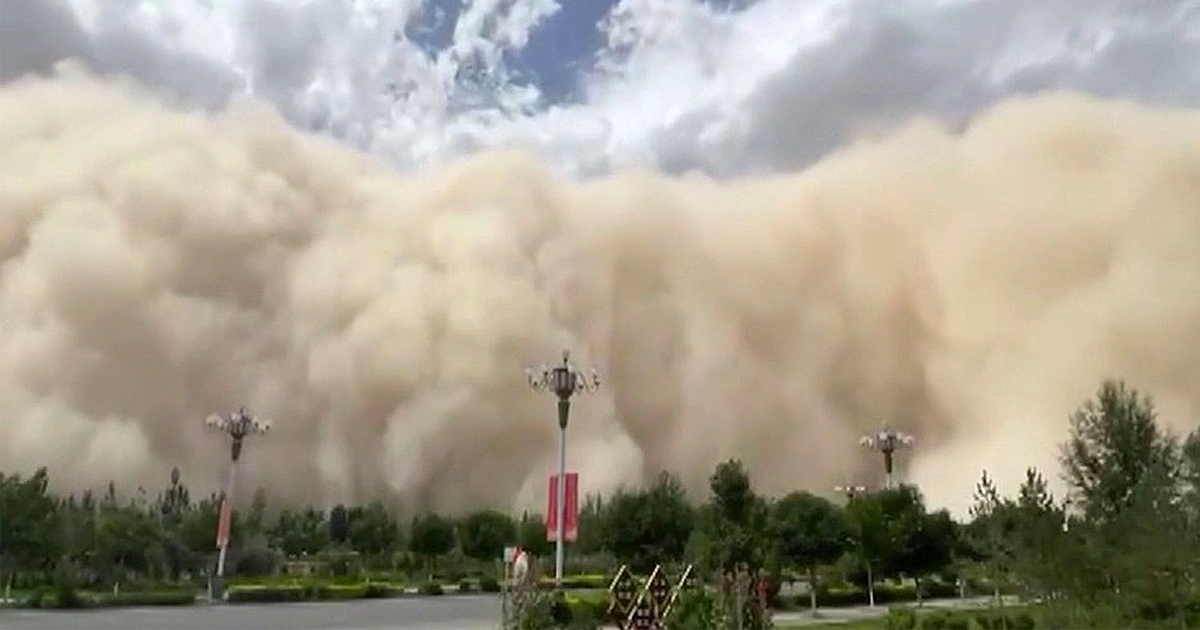 A formidable sandstorm struck China, and the footage is worthy of a disaster movie.

A storm worthy of a disaster movie

A huge sandstorm hit the city in Dunhuang on Sunday evening. The city is located in Gansu Province in northwest China and is not far from the Gobi Desert, from which the storm came.

A huge wave of sand at least 100 meters high swept over the entire region, engulfing the city and its surroundings in less than five minutes. The air was tinted with an opaque orange filter and visibility was reduced to less than five meters.

On site, the local police asked the stranded vehicles to leave the motorway and stop at gas stations.

Note that northern China is home to the Mogao Caves, which form a series of Buddhist chapels and frescoes and are listed as a UNESCO World Heritage Site. If the phenomenon is not new and rather widespread in spring, it is much less common in summer.

Last March, Beijing was hit by another major sandstorm that canceled 350 flights. If this article has interested you, you will surely love discovering these photos by the Royal Geographical Society to make you aware of the environment.