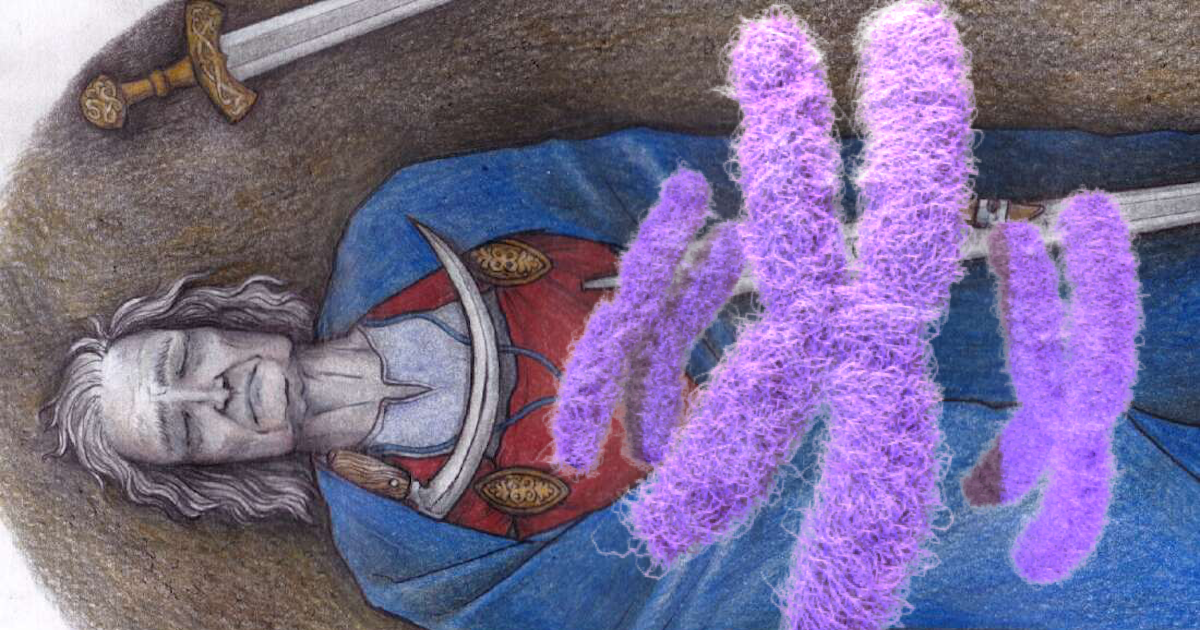 Towards Finland and more precisely Suontaka Vesitorninmäki in the south of the country. In 1968 we discovered the grave of a knight in which his body and two swords rest by his side. A privilege reserved for men. What amazes the archaeologists, however, is that the deceased is dressed in a robe and that there are also women’s jewelry in the tomb. From this we conclude that the body that has just been discovered is that of a woman, although some scientists think it could be a funeral that had a woman and a man who would have disappeared.

DNA analyzes reveal the secret of this knight

To solve the mystery, the scientists therefore decide to carry out detailed DNA analyzes on the skeleton, which is believed to have been buried between 1040 and 1174. And here the surprise is huge! In fact, the results are incredible as the deceased had a chromosomal feature: Klinefelter syndrome. If each individual has two sex chromosomes, our knight had three: XXY!

An anomaly that generally goes unnoticed as the subject is from a male anatomical point of view, but due to the three sex chromosomes, the individual can come up with infertility, a decrease in muscle mass, or even developed mammary glands.