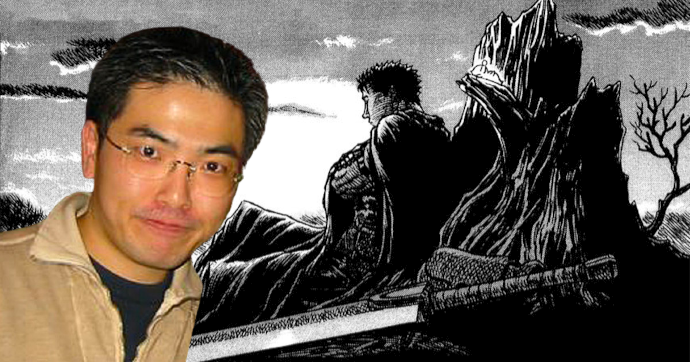 The author of one of the most important manga in history, Kentaro Miura, died on May 6, 2021.

Tribute to the legend

We heard of Kentaro Miura’s death three months ago. The legendary mangaka leaves an unfinished work, Berserk, the black jewel of Dark Fantasy and his that has inspired many works, starting with almost all of the works of Hidetaka Miyazaki, the father of Dark Souls and of ‘Elden Ring. Kentaro Miura was one of the greatest manga artists alongside Takehiko Inoue (the author of Vagabond and Slam Dunk) and also an excellent storyteller, as evidenced by his storytelling skills in Berserk.

Of course, the death of Kentaro Miura has left millions of grieving fans who can pay tribute to Berserk Guts’ father on the occasion of the release of the new chapter. We told you about it a few days ago: While the publisher has not yet officially decided on the future of the manga (should it remain unfinished? Or entrust Kentaro Miura’s assistant, who has volunteered?), Chapter 364 by Berserk will be published in Young Animal Magazine on September 10th.

The chapter is accompanied by a color page, a poster with the best scenes from the manga and a booklet entitled “Messages for Kentaro Miura”, in which tributes from fans appear. Glénat, who publishes Berserk in France, invites you to send your tribute (news, drawings and videos) to the Japanese company Hakusensha, owner of Young Animal magazine.

ud83d udced you just have to send them to this address:

Messages should be in English or Japanese. pic.twitter.com/PntHBfRjYO

As stated in the tweet above, all you have to do is send your tributes to one of the two addresses (email or post). Messages should be in English or Japanese. Several internet users thanked Glénat for the initiative and took the opportunity to preview their homage to the famous Japanese author.

I’m emailing it to you but here is a drawing I made recently of Guts facing Gore Magala pic.twitter.com/Bo5CykLtwV

The idea is great and it will be a real honor to pay tribute to such a great artist pic.twitter.com/sKRgVQfMay

The last drawing by Guts I made to pay tribute to him pic.twitter.com/TT96jpNTXV

I will email you the scanned version of this fanart that I made on the occasion of 30 years of work, the dimensions are 1m18X 84 cm, all in ink, I always wanted to send it to Kentaro Miura pic. twitter.com/aSwOVC3LOW

No turnout at Easter | Free press