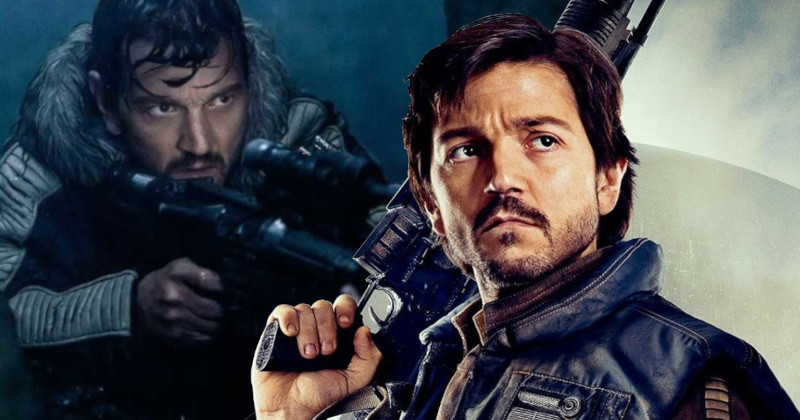 For 45 years, the Star Wars saga has delighted millions of fans around the world. It is therefore logical that Disney benefits from it to the maximum. Among the series expected on the company’s streaming platform, Andor remains one of the most mysterious at the moment. But new size information has just been shared.

Originally a simple trilogy, Star Wars has since grown into one of the most popular and respected sagas in the world, so much so that it’s now fully entrenched in popular culture. If the takeover by Disney means a loss of quality for many fans, the company with the big ears is obviously going for quantity. In addition to the latest trilogy, spin-offs are increasing, as are the series broadcast on Disney+. Among the latter Andor.

For those who have not followed, there is no connection here to the forest moon of Endor, the place of origin of the Ewoks. No, the series will focus on Cassian Andor, who appears in Rogue One: A Star Wars Story, of which it is also the prequel. In it we find the character interpreted by Diego Luna as a rebel spy at the beginning of the resistance against the Empire. The first season doesn’t have an official release date yet, but an actor shares information that fans should already be excited about.

Actor Stellan Skarsgard, who will play an undisclosed role in Andor, gave an interview to Swedish media Dagens Nyheter yesterday. Referring to the Disney+ series, the interpreter of Baron Vladimir Harkonnen in Denis Villeneuve’s Dune made an announcement that was as surprising as it was reassuring: Andor is entitled to a Season 2, with filming set to begin this fall. Surprising as the premiere isn’t even dated yet, but reassuring as it means Disney has faith in this project!

However, there is no information about the broadcast dates of the two seasons, but the first should not land immediately. In fact, Stellan Skarsgard explains that the aim of the production is to avoid as much as possible the waiting time between seasons 1 and 2 becoming too long. Until then, the actor will be taking part in the filming of Dune 2 starting in July.

To wait, Disney + will bring back one of the saga’s most popular Jedi in a series planned for the next few months!