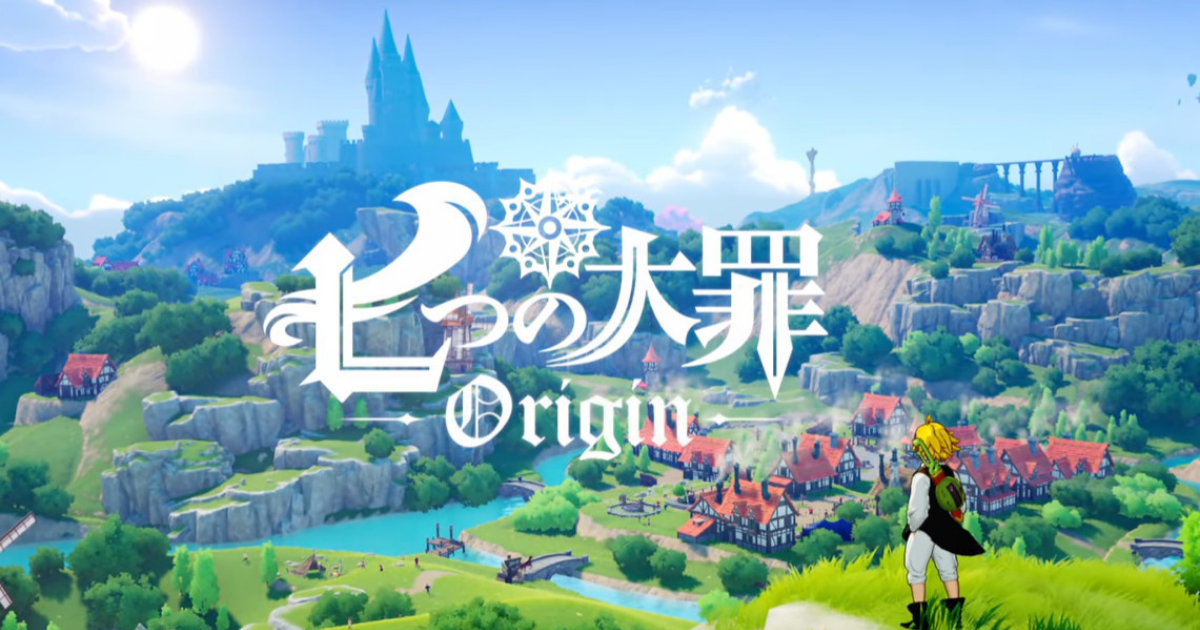 A few weeks ago we already introduced you to Roco Kingdom, an RPG mobile game based on a Japanese animation production that is very reminiscent of the gameplay of the famous Genshin Impact. And yes, still in this series, here is a new game using the famous Nanatsu no Taizai license, also known to us as Seven Deadly Sins.

The Genshin Impact video game is still incredibly popular with gamers around the world more than a year after its release. This is mainly due to its magnificent open world and its design reminiscent of Japanese anime, with colorful characters and a combat system that has captivated the players. It’s all these cumulative elements that have allowed the game to stand out from other free-to-play (F2P) titles of the same nature.

And as Genshin Impact continues to dominate the F2P (i.e. free-to-play) market, a number of contenders have emerged. And the latest is none other than Seven Deadly Sins: Origin, a game that will be available on mobile and console, directly based on the anime of the same name.

Despite the hype surrounding Genshin Impact, many fans of the game are hoping that the Seven Deadly Sins game will be a serious competitor to the free-to-play giant.

So, the trailer of the game Seven Deadly Sins: Origin, developed by the South Korean company Netmarble, told us a bit more about what to expect from it, revealing the open world environment, its combat system, and also stages of universe exploration . Characters can be seen using their various abilities as well as their attacks, with standard hits but also techniques worthy of some of the most devastating ultimates in work.

There also seem to be various techniques for navigating the environment, where we can see King flying on his cushion, Meliodas swimming or even Diane using her abilities to create a passage above the void. We then see that certain specific character abilities can be used to access inaccessible areas or simply reduce travel time between different areas.

If this has inspired more than one, and manga and anime fans in particular, many also see it as a way to compete with miHoYo, the studio behind Genshin Impact, to push it to improve:

It’s nice to see more and more games [de ce style] to appear. It gives us a healthy rivalry in the gaming industry. […] I hope this game gets some attention so miHoYo fixes some things and releases some really good updates to improve game quality. There are still a lot of things to do to make the game even better.

The game Seven Deadly Sins: Origin is currently in development and will normally be available for mobile, PC and console. While there is currently no official release date, many players will be eagerly awaiting its launch.